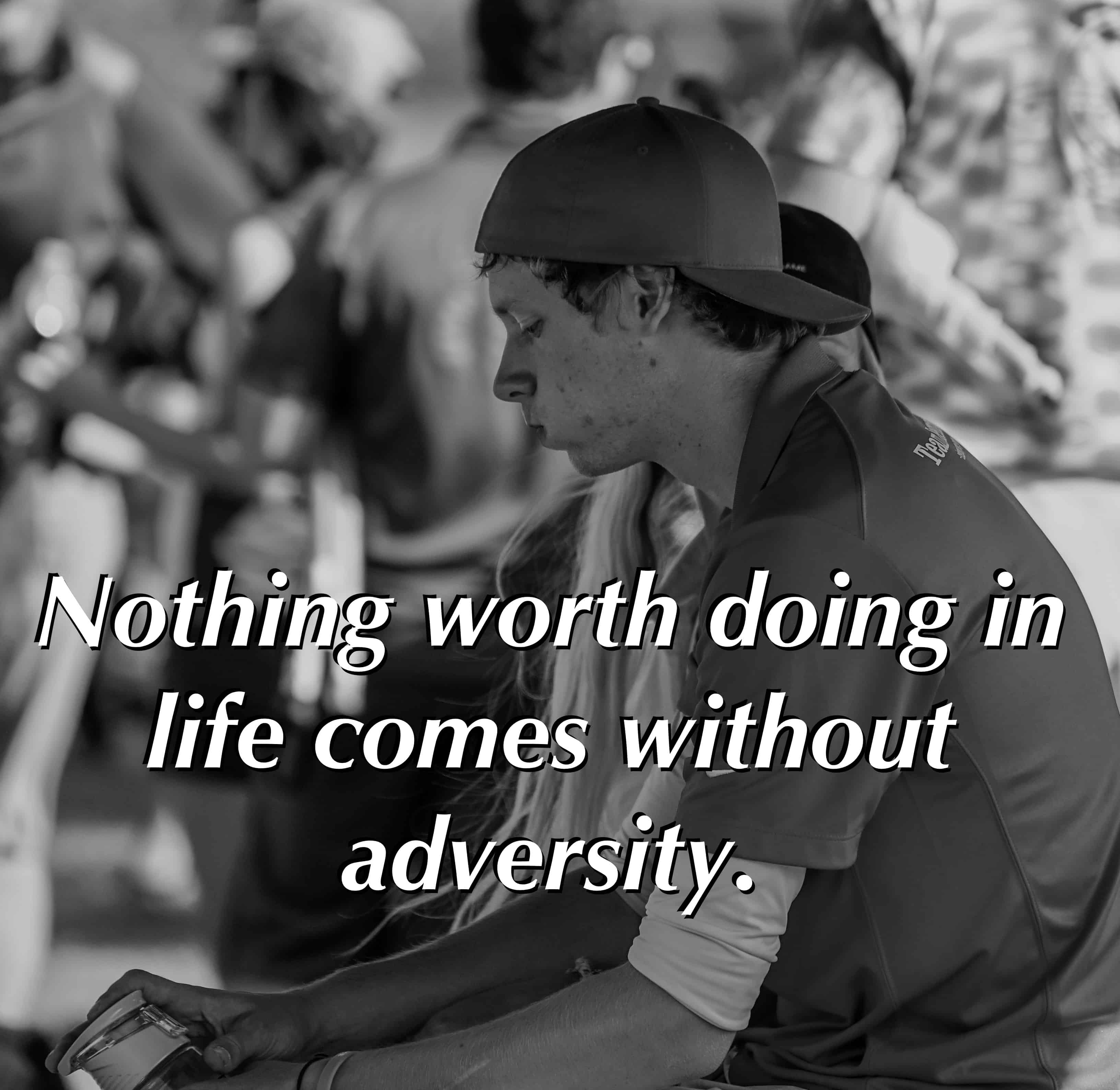 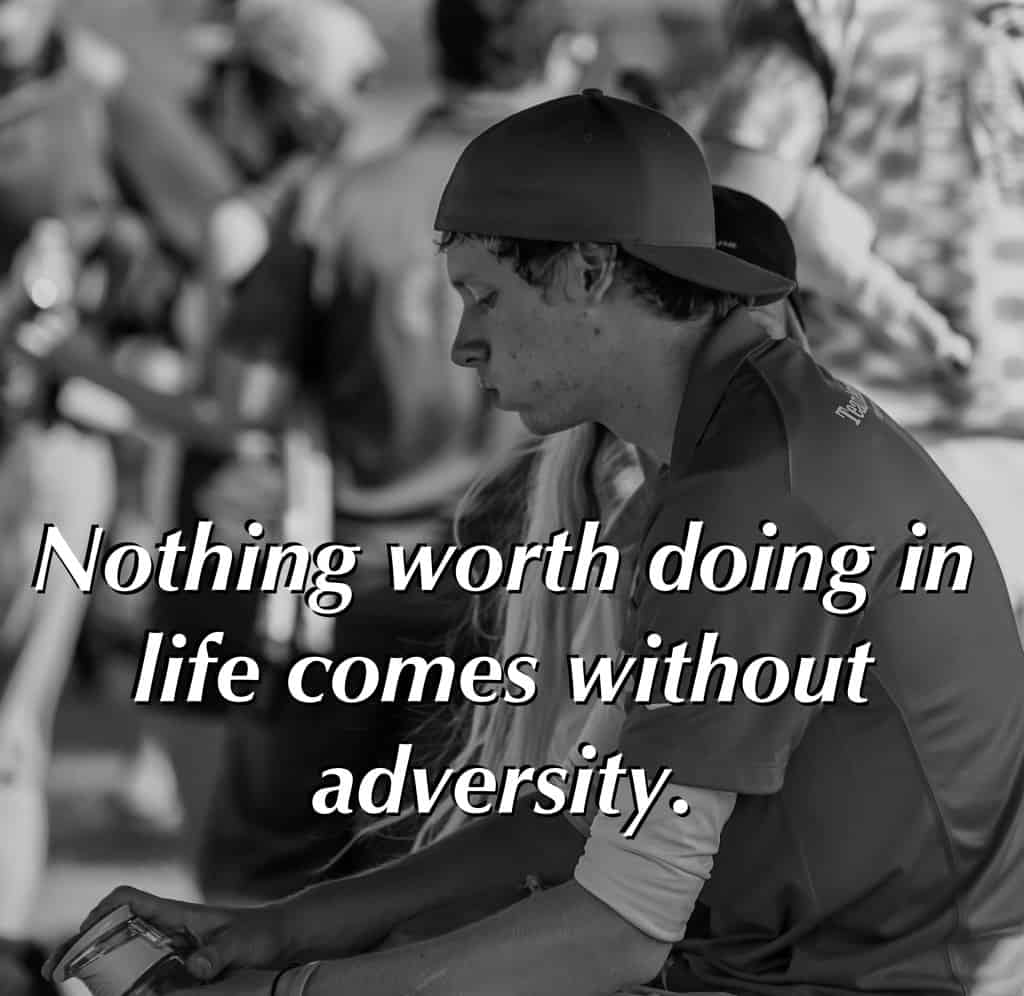 Simon is clearly not having the day he had hoped for.

As far as I know, there is no world championship of taking a nice hot shower.  There isn’t a new Olympic event that involves sleeping in on a Sunday.  No one ever challenged anyone else to see who could be more relaxed after a massage.

While I definitely have a sense of accomplishment after I eat a whole Giordano’s stuffed sausage and extra cheese pizza by myself, I wouldn’t consider having heartburn as adversity.  The crazy thing about life is that the harder and more challenging something is, the more rewarding it is when you actually do it.

Disc golf is no different.  If it were easy, it would be boring.  If it were a piece of cake, no one would play it for very long, if at all.  Playing high caliber disc golf takes effort (heck, so does playing mediocre disc golf!).  It takes looking failure in the face and pressing on anyway.  It takes grip locked drives, blow by up shots, and putts into the front of the cage to learn and get better.

It’s hard to beat the Beast.

The picture above is from this year’s Glass Blown Open.  Eagle Wynne McMahon played some of the most impressive disc golf I’ve ever seen.  He put himself in a position to win against the best our sport has to offer.  But this time, he didn’t.

Years from now, when he is a top pro touring the country, he will look back on that experience as one of the most important and meaningful of his career.  Sure, a win would have been nice.  Not winning will turn out to have taught him much more than winning that one event ever could.

Remember that the next time you are struggling.  Whether it’s not hitting your putts, not throwing your lines, or any number of other things that regularly go wrong with our games.  Adversity is what makes doing things worthwhile.  It’s what makes those eventual successes just that much more savory.  It’s what keeps us coming back for more day after day.

You know what else is worthwhile?  Subscribing to this blog!  Enter your email below and we’ll not only send you our weekly newsletter and summary of that week’s posts, but we’ll also enter you in every random drawing type contest we do here, on Facebook, on Twitter, and on Instagram!