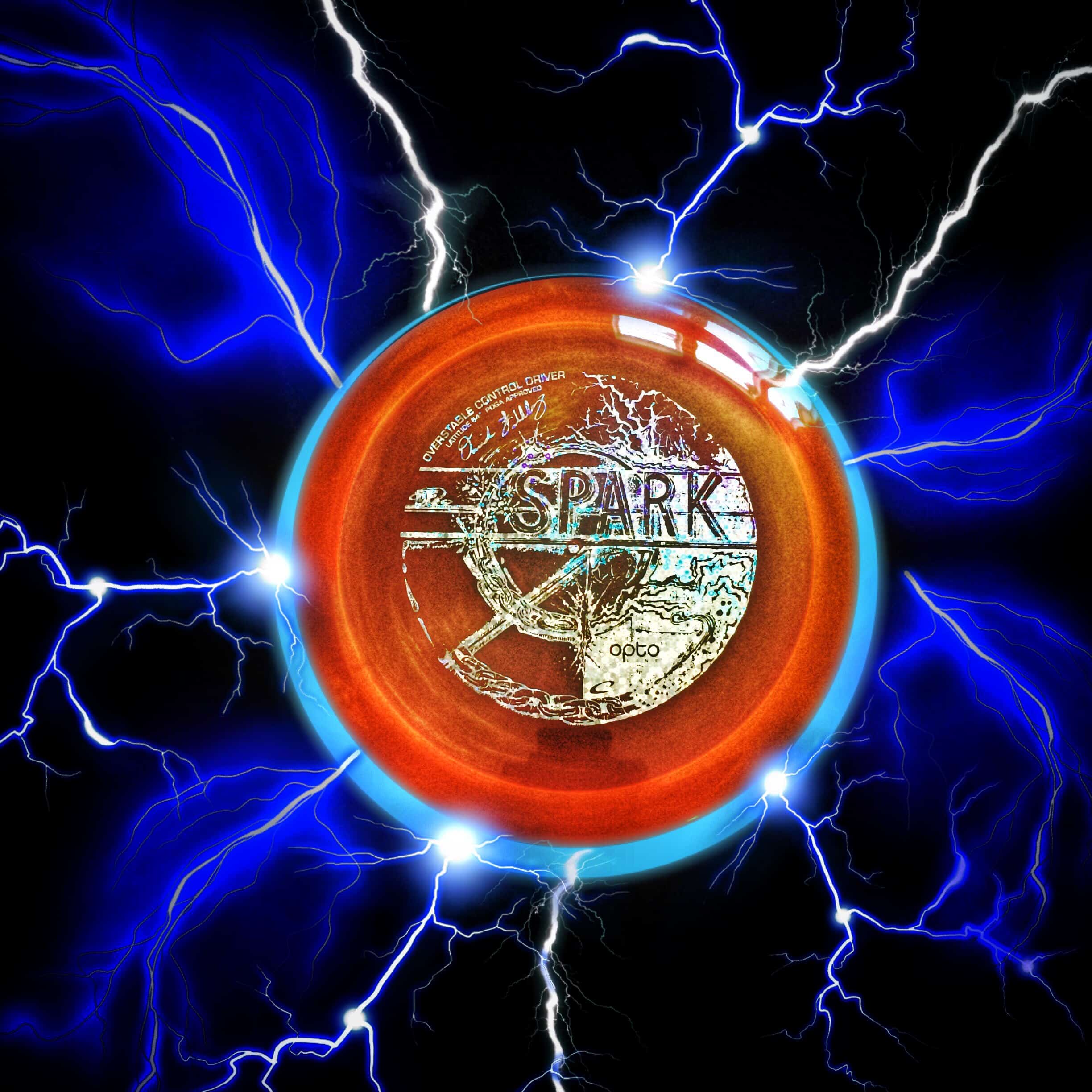 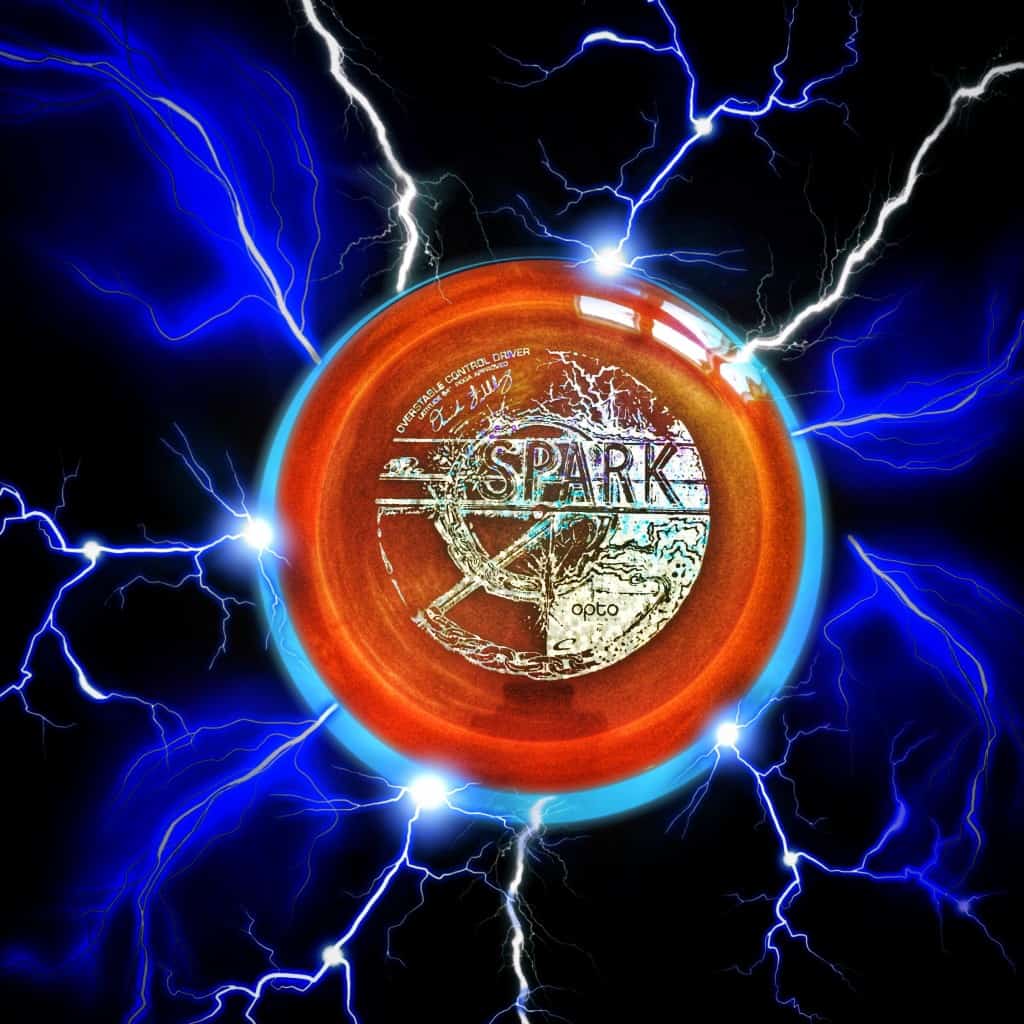 It’s stronger than a stiff and blustery headwind.

It spike hyzers over trees in a single throw.

It’s not a bird or a plane…  It’s the new Latitude 64 Spark, Dave Feldberg’s new signature disc.  It has a snazzy, sparky stamp and a super heroish name.  I can see it now, coming to the CW….  The Spark (cue dramatic music).  But does it have any actual super powers?  While it would be awesome if someone released a disc that allowed the thrower to be invisible, fly, or see through walls, the Spark doesn’t deliver on any of those things.  It does remind me of today’s super heroes, though. 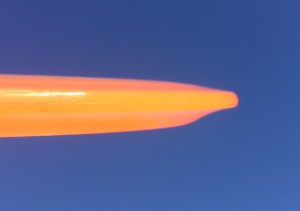 It seems like you can’t turn on the TV, go to a movie, or walk through a book store these days without seeing super heroes everywhere.  They are making a resurgence in popular culture thanks in large part to Marvel’s non stop release of flicks over the last several years.

Comic book heroes have always been popular.  Batman has been around for ages.  So has Superman and Spidey.  But with the popularity of the genre comes an over saturation as well.  Now we also have the Flash, Daredevil, Green Lantern, Guardians of the Galaxy, Arrow, and Ant Man to name just a small fraction of them.  It seems like there is a glut of super heroes all vying for our attention. 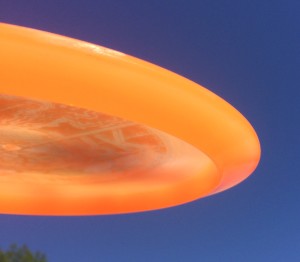 Each has their fan base too.  There is an underground cult following for Spawn.  Daredevil is gaining equal popularity.  I’m sure somewhere in the world even the Green Lantern has his fans despite that Ryan Reynolds debacle of a movie.  Me, I’m a Batman guy.  Always have been, always will be.  Batman is a bad ass and he’ll beat any of your favorite super heroes in a fight.  It’s not even up for debate!

As strongly as I feel about Batman, there are plenty of you out there sticking up for your particular favorite.  I hear some of you screaming for the Fantastic Four.  Some are cheering for Wolverine.  Some are probably even throwing their backing behind Electra (I’ll bet the leather pants have something to do with that one).  And most of you are probably wondering what the hell does this have to do with the Latitude 64 Spark!? 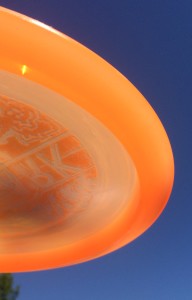 Now, before anyone gets their undies in a bunch, I’m not saying that all those discs are the same.  They are most certainly not.  What I am saying is that they all fill the slot of over stable fairway driver.  They are all similar enough that if you picked one of them and learned it, that’s all you would need for that slot in your bag.  Just like all those super heroes, they can each save the day in their own slightly unique way.  Just like all those super heroes, they have more in common than they have differences. 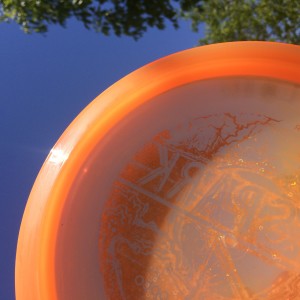 I’ve read a ton of feedback posted by players who have the Spark, and their opinions are all over the map.  One says it will replace their Firebird, another says it won’t (it’s really close to the Champ Firebird I tested it against).  One says it’s more over stable than a felon, another says it’s less (it’s more).  One says it’s less over stable than an H1 and longer, another says the H1 has more glide and distance (it’s about the same, but doesn’t fade quite as early).  And then there are the couple of people talking about how easy it is to turn over (either they have serious form issues or huge power – you and I won’t be turning this disc over any time soon).  I haven’t seen that many differing opinions on a new disc in a long time.

That leaves me, as a reviewer, in a quandary.  How do I help you, the reader, decide if this is a disc you’d like to try?  If you are in the market for an over stable fairway driver, that’s easy.  You should absolutely try this if that slot in your bag isn’t filled.  In fact, go here right now and pick one up!  But what if that slot is filled?  Or, what if you’ve got something that you kind of like, but don’t absolutely love?

First, it’s Latitude 64 plastic.  I got a good reinforcement of why that’s important as I tested it against the discs I listed above.  I personally like the grip and feel of Latitude plastic better than any other out there.  I also like that, for the most part, if you need to replace a Latitude disc down the road, the new one you buy has an exceedingly good chance of flying the exact same way as the one you are replacing.  I had to giggle as I borrowed Firebirds from people.  Everyone I asked to borrow one from answered the same way…  “Which one did you want, there’s like 10 different kinds”.   I was also told that I couldn’t borrow certain Firebirds because they were not replaceable.   I’m not saying Lat is perfect, but I have found them to be much more consistent than most.

The longer it has to fade, the more severe the angle of fade becomes.

Second was its fade.  When the Spark flew, it fought hard to go left.  It took a decent amount of power to get it to go straight for a bit.  Even then, it started to fade pretty early in its flight.  When it did fade, it developed a steep angle to the left (I’m RHBH).  That angle got steeper the more time it had to fade.  That meant that if it had any height at all, it hit the ground edge first and dug.  It did not skip and flare as much as some of the other discs I compared it to.  Unless I threw it really low, it didn’t really skip at all.  Once I got adjusted to how much height was needed on a throw, I was able to dial in exactly where I wanted it to land and stay.

Third was that I couldn’t really overthrow it.  What I mean by that is that with some of the other discs, on seemingly equal powered throws, there was an uncomfortable difference in distance.  With the Spark I could count on it going the same distance every time.  It never decided to stay flat and cruise for a while instead of fading like I wanted it to.  Even starting it with some annhyzer didn’t add a ton of distance to it.  It fought back to the left relatively quickly.  Again, I can’t say the same for some of the other discs I tested it against. 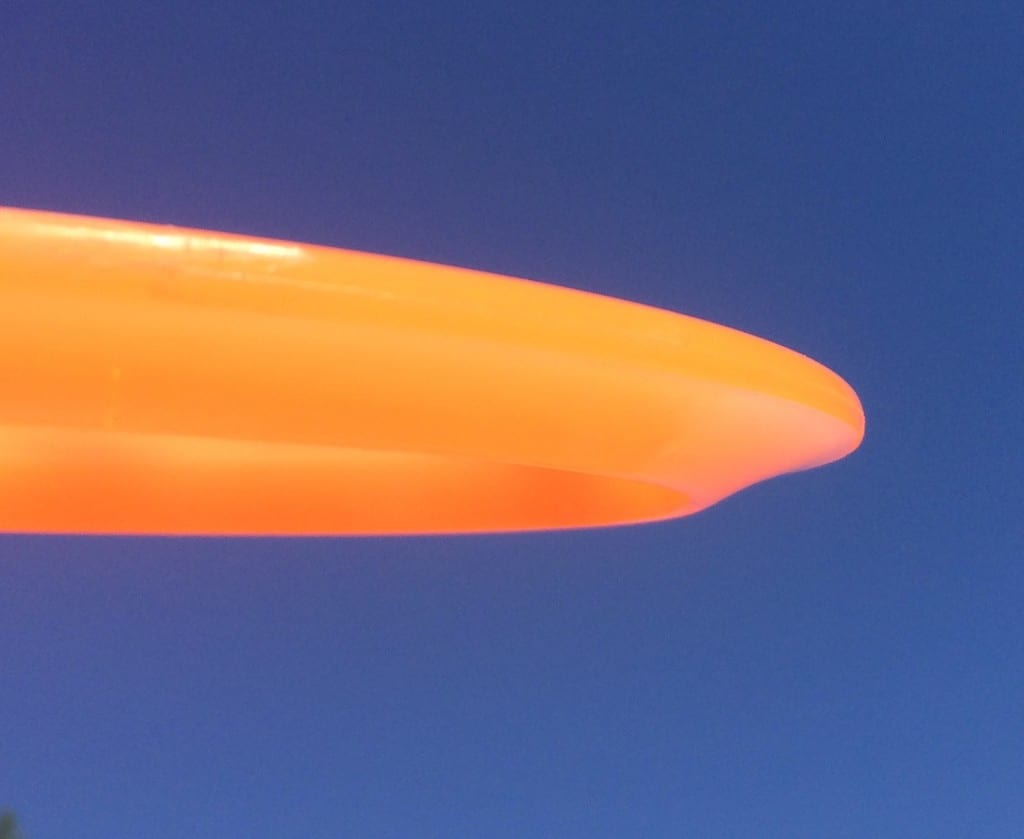 In the end, I honestly had a hard time figuring out what I was going to write in this review.  All the discs I used were so similar I was at a loss.  Normally the disc I’m reviewing sets itself apart in some obvious way (sometimes good, sometimes not).  This one showed it’s uniqueness in much more subtle ways..  It was a solid, reliable disc.  The differences the Spark showed were in a few nuances here and there.  It’s these nuances, though, that I came to appreciate about it over many of the other choices.  Overall, I liked throwing it and I’m sure that whoever wins it when I give it away will also enjoy it.

It all comes back to that super hero analogy I started the review with.  Each hero has it’s fan base.  Each of those fan bases love their particular hero of choice.  The Spark is the new guy on the block.  I have no doubt that it will develop its own following.  I’m sure that it will take it’s place in the bag of many a player looking for a solid, reliable hero.  There’s no way it can beat Batman in a fight, though.

I want to be your new favorite super hero.  My super power is sending great disc golf content directly to your email inbox once a week.  Exciting super power, I know.  Don’t be jealous.  Just enter your email below to experience this wondrous talent for yourself!