I had arrived at the local football field about 2 hours earlier.  Joining me that day was a bag full of 20 distance drivers.  I was on a mission.  I was not going home until either my arm fell off or I broke 360 feet.  I didn’t just want to break 360′ once, I wanted to be able to do it at will.  What’s special about 360′?  It’s the distance from the back of one end zone to the back of the other.  It’s an arbitrary distance, but one I hadn’t been able to throw on purpose.  It represented breaking a plateau I’d been on for some while.  330′ was doable on command.  That extra 30′, though, was giving me fits. 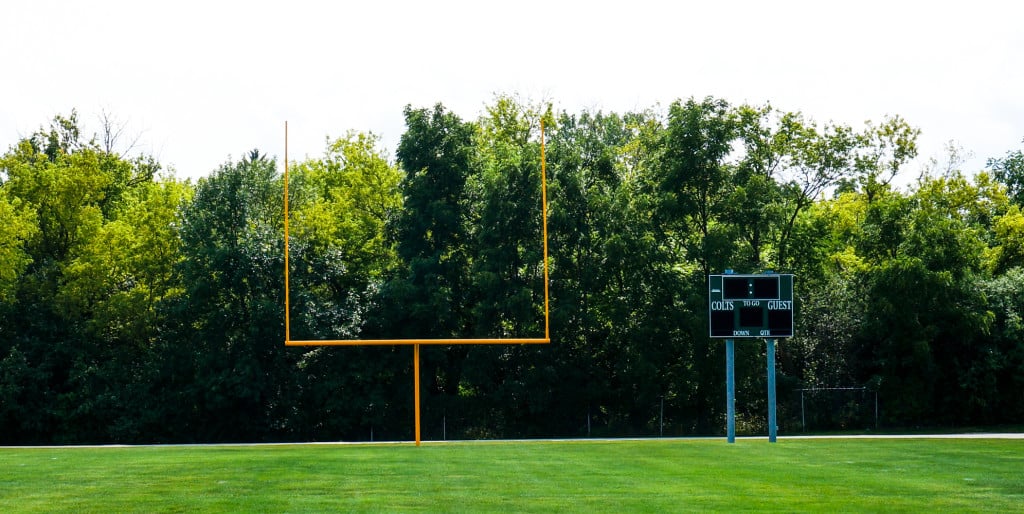 Throw after throw after throw I eyeballed the far goal post.  I threw as hard as I could.  I threw on every line I could think of.  My wrist was sore.  I had two blisters on my throwing hand.  My right lat was killing me.  My shoulder felt like it was on fire.  But I’m a stubborn SOB and I refused to give up until I achieved my goal.

I had to take a break.  I was going to injure myself if I didn’t.  I needed to rest, stretch out, grab some food, and then come back for more punishment.  If you ask any of the locals at my home course, they’ll tell you you are more likely to find me practicing than playing.  My ratio of practice to playing rounds is about 10 to 1.  I know from experience that sometimes it just takes a break to refocus to achieve that day’s goal.

I went home for lunch.  I put some tape on my blisters.  I got in about 30 minutes of yoga and really stretched out.  As an after thought, I grabbed my video camera and tripod on the way out of the door.  Maybe seeing my throw would shed some light on why I was having so much trouble.  I’m a big advocate of using video when doing field work.  I’m not sure why I didn’t bring it with me in the first place.  If I had, I could have saved myself two solid hours of pain and frustration. 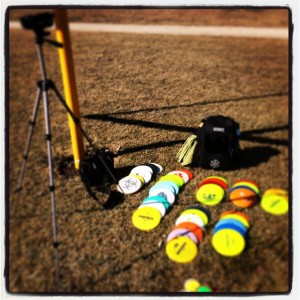 One of the hard things about doing field work on your own with video is it’s hard to know what you are doing wrong or right.  If you are trying to do something you haven’t done before, how can you possibly know how to change your form in a way that helps?  I spend hours looking at myself on video only to throw my hands up sometimes and say, “I have no idea what the hell I need to change!”  Very frustrating indeed.

I’ve also had some big breakthroughs watching video, so I keep doing it.  Persevere without exception is a principle I try to live my life by.  If it was easy, everyone would be doing it, right?

If it was easy, it wouldn’t be rewarding.

So, I set up the camera.  I started by loosening up with a few stand still putter drives.  After that, I pressed record, took a deep breath, and grabbed the first driver.  What happened next was amazing and comical at the same time.  That first throw left my hand with a snap I hadn’t felt all day.  The disc took off.  I started it with a tic of hyzer.  It flipped up and tracked beautifully to the right.  It flew on that line for what seemed like an hour.  It showed no sign of hyzering out or slowing down.  OH.  MY.  GOD.  I heard the sound about a half a second after I saw it.  It hit the crossbar of the goal post at the far side of the football field! 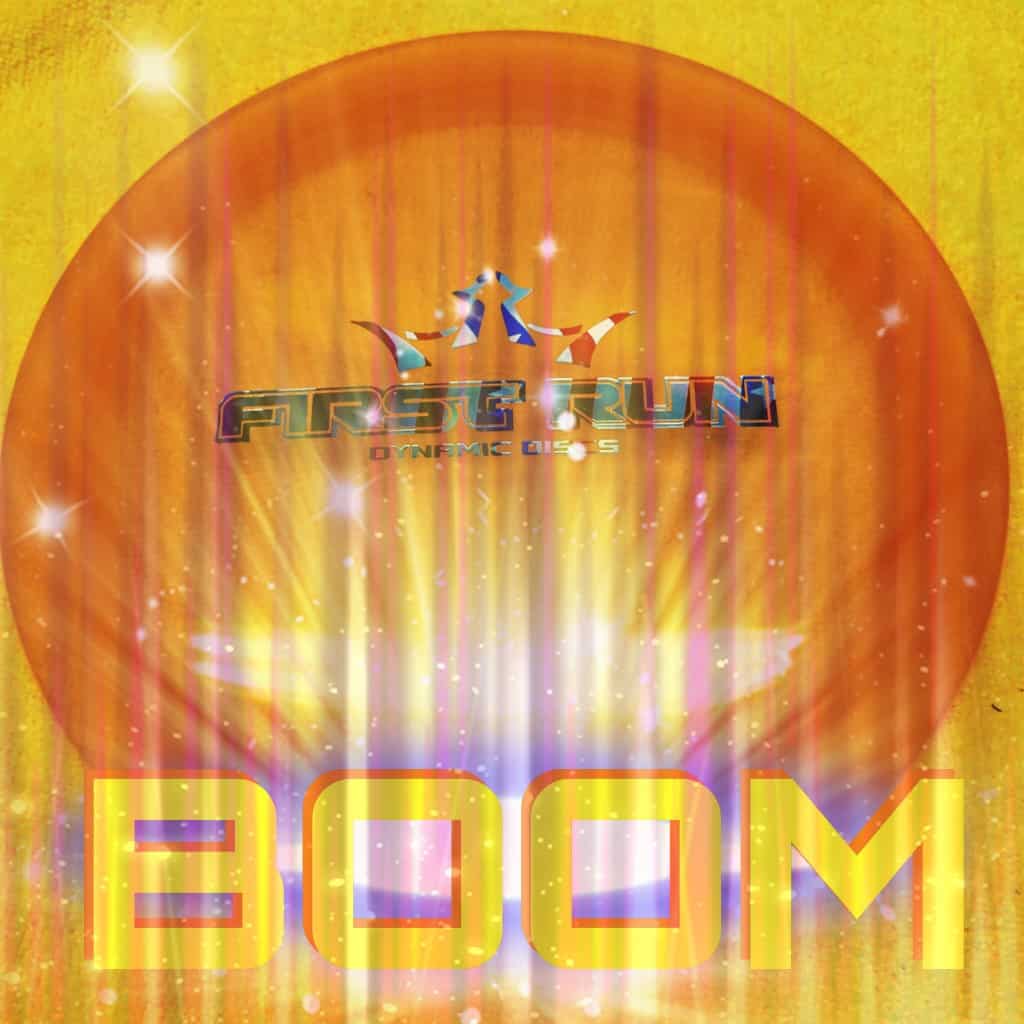 That disc probably would have gone another 30′ easy if it hadn’t hit the cross bar.  I actually jumped up in the air and hooted and hollered like I’d just won the lottery.  I’m sure most of you can relate to how it feels the first time you break a distance plateau.  We work so hard to get there that the reward internally when you finally do is one of the best feelings in the world!

OK, let’s do that again.  I grabbed another driver, eyeballed that goal post, and threw the disc with all my might.  300′.  Crap.  I tried again.  310′.  Double crap.  3 more drives later I was back to being depressed.  OK, I needed to figure this out.  I just did it for crying out loud!  Why can’t I repeat that first throw?!  Time to review the tape.

It was like I was watching two different people throw.  The first throw looked smooth and effortless.  Great balance, awesome follow through, pulled tight across my body, a model throw.  The rest looked like a madman.  Arms and legs flailing everywhere.  It looked like I was having a seizure with a disc in my hand.  OK, deep breath, get a disc, press record, try again.

BOOM!  Another disc flew the entire length of the field and out of the far end zone.  All right, I can deal with that.  What I wanted to do now was get a few more throws on video with that nice, smooth form.  I wanted to look perfect on video.  I wanted to have great form. 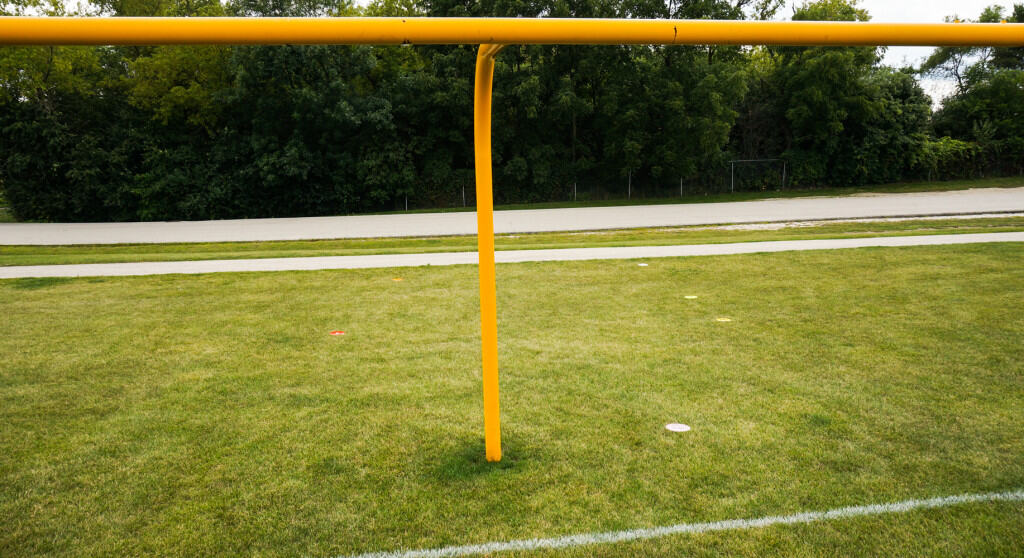 So what made the difference?  Why was I not able to do this for 2 straight hours, and years of playing before that? Yet now, out of the blue, I could do it at will?  It’s because, like your score, you can’t control your distance.

A few days ago, I put up a post about how you can’t control your score.  Your score is an output.  You can’t control outputs.  You can only control inputs.  The same is true for distance.  When I first hit the football field, and every time I’d played before that, my focus was solely on my target.

Those first two hours, all I was focused on was that far goal post.

When I set up the camera, all I was focused on was what my form would look like on camera.  That’s all it took.  Form is an input.  You can control form.  You can control what you do while you have the disc in your hand.  After that first throw on camera, my focus went back to that illusive goal post.  My input went to hell so my result went to hell with it.  When I went back to trying to look good on camera, all of my concentration went towards my form.  After playing as long as I have, I have a pretty good idea of the major components of good form.  It’s not like I don’t know most of the things I need to do.  I just completely forget to do them when I’m only thinking about the result.

Humans are a complex and quirky group.  We have this weird ability to know the right thing to do and just not do it.  We can give others awesome advice and then turn around and not take that very same advice ourselves.  This is especially true when we are under pressure.  When are disc golfers under pressure?  When we are competing.  It happens when you play doubles and your partner is relying on you to make a putt.  It happens in tournaments when you spend more time tracking the score than making sure you are throwing well.  It happens when you are trying to show off to your buddies.

Our focus changes when we hit the course.  Our goal becomes scoring well, throwing far, running aces, and making long putts.  Our goal stops being having great form and throwing the disc how it’s supposed to be thrown.  We stop paying attention to inputs and place all of our concentration on the outputs.