For a little over a year, this was the conversation I had with my physical therapist every Saturday.  I was recovering from 4 bulged/herniated discs in my back and not being able to play disc golf was killing me.  It was a running joke between us.  She literally saved my life.  I can’t say enough about the value of having a good physical therapist to help you recover from injury. 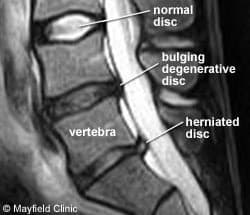 It’s not just the therapist that makes the recovery happen, though.  It’s the hours and hours of work you put in between visits.  I had made the choice, not necessarily with my doctor’s blessing, to not have surgery.  I know several people who have had back surgery and while some have recovered beautifully, some are not so lucky.  The human body is an amazing thing.  It can heal itself from almost anything.  Sometimes it just needs your help.  I was determined to do this without going under the knife.

Then one day it happened.

“So can I play disc golf yet?”
“I think if you throw without a run up, you can probably start getting back out there.  Just take it easy at first and don’t stop doing your exercises.”

I’ll never forget that day.  I actually teared up when she told me that.  If you’ve ever put everything you have into something for a long period of time, you can relate to what it’s like when you finally achieve your goal.  That experience taught me a lot about myself.

I can do anything if I want it bad enough.  So can you.

Oddly enough, that injury was one of the best things that could have happened to my disc golf game.  I threw from a stand still for the next 2 straight years.  Partly because I was still finishing up my recovery.  Partly because I was scared to death of having to go through all that pain and struggle again.  I’m pretty confident in saying that learning to throw from a stand still is the single biggest thing a disc golfer can do to improve their game as a whole.  It meant that all I could work on other than putting was my disc golf up shot technique.

In any given round, a minimum of half of my throws are with no x step.    While I use the stand still on every type of throw and with every type of disc, it’s most valuable on approaches from about 250′ and in.  Get me within that range with a putter in my hand and it’s by far the most confident I ever am on the disc golf course.

Also, if you don’t follow the Heavy Disc blog, you need to stop reading this post right now and head over there.  Jason has probably the best and most accessible form break down on the backhand anywhere on the web.  It’s all done from a stand still throw.  Without the fundamental skills he talks about there, what I’m about to talk about will not help you.  He’s also a great writer and a very fun read.

Go here. Read everything there. I’ll still be here when you are done!

OK, on to the meat and potatoes!

Nailing down your disc golf up shot technique to accurately gauge distance.

We’ve already talked about distance being an output.  It’s the result of the inputs you give the disc during your throw.  When I say distance, I’m not just talking about your max D.  I’m talking about any distance.  I can think of no time when distance is more important than in your up shots.  It doesn’t do any good to bomb a drive on a par 4, get within your upshot range, and then leave that shot 50′ short or blow it 50′ past the basket.  If you want to be competitive, you have to be deadly accurate from 250′ and in.

For me, the entire range of 250′ to under the basket is a putter shot (assuming the wind is cooperating, of course).  I carry at least 4 Latitude 64 Pures at all times.  I throw that mold more than the rest of my bag combined in almost every round I play.  It doesn’t matter what your throwing putter of choice is, it just matters that you realize this is your money disc.  It’s your scoring disc.

Getting good at throwing putters from a stand still from 250′ and in will humble your competition.

It will set you apart.  It will win you tournaments and cash games.  90% of my field work is, and probably always will be, working on this aspect of my game. 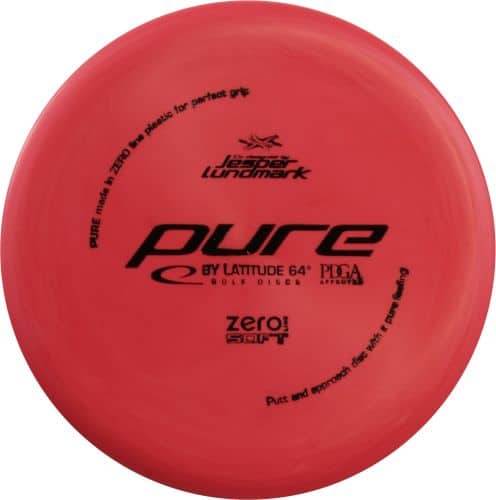 Why a putter?  Because it does exactly what you tell it to.  Where your putter goes on these throws is a direct reflection of the inputs you gave it during your throw.  In relation to ranging your up shots, a putter goes the distance you throw it and then settles right down.  They don’t skip, they don’t fade out too hard, they just go where you put them.  It’s also the most workable mold in your bag.  You can throw them on any line.  A true “does everything” disc.

So now that you have a putter in your hand and are ready to go do some field work, let’s talk about how to control just how far that putter flies.  As you can guess, the answer lies in your inputs.  Distance is imparted on the disc by the speed at which you allow it to leave your hand.  Speed is a direct result of your form from the shoulders down to your feet.  Speed is not the result of how hard you throw the disc.

Most people I see that struggle with their up shots all approach them the same way.  They step up to the shot and eyeball the distance.  Then they pick between one of several discs that all go different distances.  Then they decide how hard they need to throw the disc in order to get it to the basket.  Way too many variables.  One of those variables can be eliminated by always using your putter.  The rest can be eliminated or controlled by looking at your form.

Let’s start by eliminating one of the biggest contributors to inaccurate distance, how hard you throw with your arm.  How fast your arm/hand moves should NOT be something you think about.  How fast your arm/hand moves is a direct result of what the rest of your body is doing.  When I throw an upshot, I am never thinking about throwing harder or softer with my arm.  That part of the throw has become an output for me.  It’s controlled by the inputs of my shoulder turn, weight shift, hip rotation, and leg drive.  You should try to maintain the same arm motion and follow through on every up shot.

Here’s how this all works together.  I put together the following videos to demonstrate the progression of inputs that gain up shot distance.  These are not meant as examples of perfect form.  I strive every day to move closer to a perfect throw, but as of now, I don’t have that.

This first video is of a 75′ approach.  All I’m concentrating on here is removing as many variables as possible.  I just want to throw with my arm only and follow through.  I know that if I throw this way, the disc is going 70′-80′ depending on the height I give it.

Now we’ll take a look at the very small changes needed to add 50′ to the approach.  In this second video, you’ll notice that I add a small amount of shoulder rotation and a tiny bit of reach back (more a side effect of the rotation than an intentional reach back).  This also results in a bit of hip rotation.  Take note that I am not swinging my arm any harder.  The rotation adds some speed and you can see that in my follow through.

Next up is the progression to another 50′ out at 175′.  The big addition here is a longer reach back.  This extension is accompanied by more shoulder and hip rotation.  I also start to incorporate a bit more leg and hip drive.  Here you can really start to see the effect on my arm of the additional power generated by more rotation.

From here, the rest of the distance up to 250’+ comes from adding more legs and therefore hips.  It’s amazing just how much power you can add by consciously starting your forward motion with the knee of your back leg.  If you watch Shusterick throw, you see this in spades.  His left knee drops almost all the way to the ground leading his hips and core into one of the more powerful throws in disc golf.

While your distances won’t necessarily be the same as mine, they will be similarly impacted by changing the inputs that I’ve outlined above.  With some field work, you can easily learn to manipulate these inputs to literally throw any distance you want, on command. 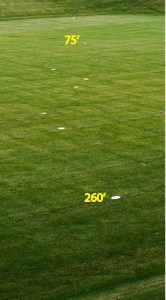 With a good amount of field work, this will start to become second nature to you.  You will be able to step up to an up shot, grab your putter, and park your approach more often than not.  It’s also a really great structure for your field work in general.  Grab a stack of putters and start at 50′ out from your target.  Throw that distance a bunch of times and then move back 25′.  Add a single new input and throw that new distance a bunch of times.  Rinse and repeat all the way out to whatever your current comfortable max is.

Here is a pic of the result of one of my field work drills.  I take a stack of putters and starting at 75′ I try to put each successive throw 15′-20′ past the previous disc.

Now for the bonus!  If you’ve made it all the way through this behemoth of a post to this point (thank you!), you’ve also just seen how to teach yourself how to throw a putter from a stand still in the first place.  When I help people on the course who can’t throw a putter or can’t throw without an x step, this is the exact progression I put them through.  We start with the 50′ throw.  We get that down first and then move to the next step of adding some shoulder turn.  Then hips.  Then legs.  It’s not easy.  But nothing worthwhile in life or disc golf is!

The more variables you can eliminate when you are trying to learn something new, the better.  Baby steps, my friends.  When I was given the OK by my physical therapist to finally throw again, this is how I got back in the game.  I started with 50′ putter throws.  I did that for a while and then moved back.  In just a few short weeks I was throwing better than I ever had before my injury.  This is the beauty of working on your inputs.  Do that and the outputs take care of themselves!

If any of you have already done this, or go out and work on it in the future, I’d love to hear how it has worked for you.  Let me know in the comment section below.