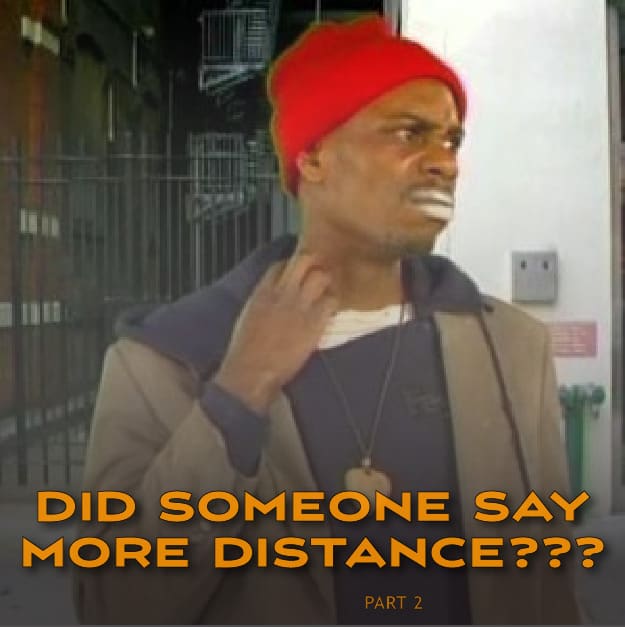 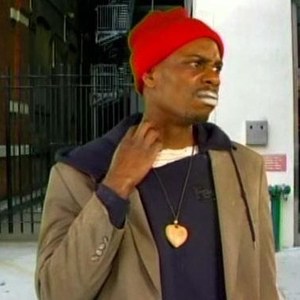 Can’t I get just a little more?

Did our previous post on distance leave you itching for more? The wait is over. Here is part 2 of our examination of the importance of disc golf distance.

How Much Distance is Enough?

This is really the $20,000 question, isn’t it?  How much controlled golf distance is enough?  How much do you really need?  Sure, another 10 feet would always be nice, but at some point you are chasing something that doesn’t actually help your score.

The first thing you need to do is take an honest look at your game and your score card.  Where are your extra throws coming from?  If you can only throw 200′ with accuracy, but you 3 putt every basket, you really need to learn to be OK with 200′ for now.  I know it’s boring, trust me I know.  But putting practice needs to come first in this situation.

Without getting into too much complexity, I want to throw a number out there…

My own personal opinion is that if you can throw 350′ with control (meaning you can land it in a 40′-60′ diameter circle of your choice), you are set for distance.

Just imagine if we all spent as much time on other aspects of disc golf as we do on distance!  How much better would the rest of our game be?  What if “field work” became an hour or two spent on 200′ and in approaches?  What would that do for our scores?

Why 350′?  Because if you add a solid putting circle to that, that means that you have an strong opportunity to deuce any hole 380′ and shorter.  Think about your local courses.  If you deuced all the holes 380′ and shorter, how well would you score?  My guess is that you’d be lights out.

If you were solid at 350′, would there be the occasional hole that an extra 30′ would help you with?  Of course there would.  But there wouldn’t be enough of those holes to warrant allotting your disc golf practice time and effort to distance over other skills with more scoring potential.  And, on these longer holes, if you had an accurate throw out to 350′, you’d be putting for three on holes as long as 700′.  My home course has a hole that’s almost 900′.  I can tell you for sure that no one is winning any match because they reached that hole in 2.  Getting there in 3 is just fine 99% of the time.

[tweetthis]How much distance do you really need in #discgolf ?[/tweetthis]

There is another thing about the 350′ mark.  You can’t get there with bad form.  Simply throwing harder, using more arm, or grunting louder typically caps out at about 300′.  I’m not sure why, but the 300′ plateau seems to be the one that requires some type of form improvement to break.  To go much past 300′ means there are certain fundamentals that need to be used.

Distance Comes When You are NOT Working on Distance.

I’ve written several posts about working on inputs and not outputs.  Distance is an output.  You simply can’t go out to a field and will yourself to throw farther.  It doesn’t work that way.  What you can do is work on the things that result in distance.

A few years back, I destroyed my back.  I couldn’t play for almost two years.  When I was finally able to start playing again, I had to throw from a stand still for about a year.  I couldn’t throw hard and I couldn’t try to throw far.  If I did, I was headed back to excruciating pain that I wanted no part of.  Most of the time, I was throwing putters. 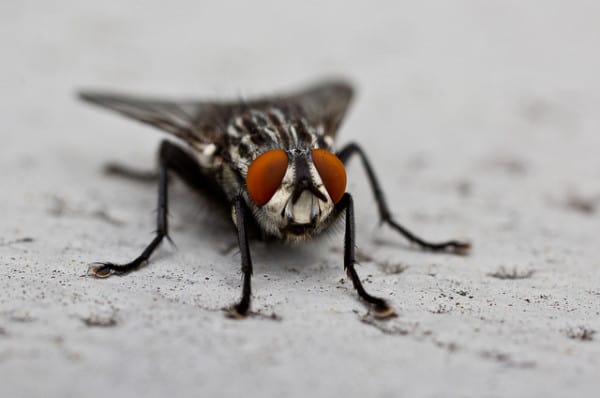 Your throws should fly a cleaner line than this guy. -photo credit Brad Hammonds

In other words, time spent on other disc golf skills will naturally translate to distance anyway.  So why not work on those instead?  Can you throw a putter off the tee?  Do you have a solid stand still shot?  Can you throw a stable mid and have it finish straight?  Can you throw a disc straight at all?  This list could go on for a while.

Does Distance Matter at All?

My entire goal in writing this 2 part post (part one here) was to try to get you to reframe the importance of distance in your game.  To put it in its place.  To hopefully get you out on the course working with your mids and putters.  To maybe alleviate some of the frustration many of you feel because you can’t throw it as far as you’d like to.

Look, we all want to be able to bomb a driver out over the horizon.  Some of you can already do that.  Some of you are on your way to being able to do that.  The rest of us need to learn to be happy with what we have and just go out and enjoy the game.

There are a million ways to win at this awesome sport.  Distance is but one of them.

if you made it all the way to here, you must like our posts! First, thank you! Second, you should subscribe to the blog. By entering your email below, you’ll make sure you never miss a thing that happens here at Mind Body Disc.