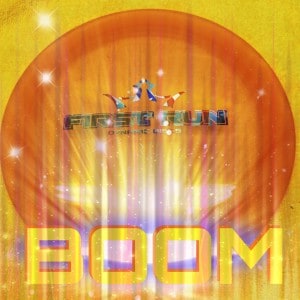 Distance. It’s the holy grail for most disc golfers.  We chase it like we chased the opposite sex when we hit puberty.  We think about distance. We talk about distance. We post about distance online. We buy apps to validate our distance in the field. On the whole, it is a life long addiction that can never be satisfied. Hit the 300′ mark and we immediately seek 350′. Hit 400′, not good enough.  Hit 800′, you are probably posting on a message board (cut that out, no one believes you!!!). 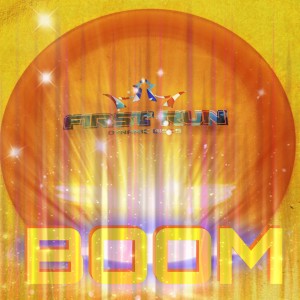 Most of us have a firm grasp on the fact that technique is the real key to unlocking distance. That knowledge, unfortunately, does many of us no good. We all have the uncanny ability to know the right answer and give ourselves great advice (more field work is needed), yet many of us never seem to be able to take our own advice.

Today’s fast paced world has us all looking for shortcuts. The short cut many seek for disc golf distance is, you guessed it, buying a magical disc that will leap out of our hand and fly forever. And if the disc we just bought doesn’t do it for us, there’s sure to be another out soon with the promise of legendary distance.

So, get to the point, right? Well, here you go. The definitive, undisputed, longest disc golf disc out there is…..

OK, I’m sure that 3 word answer is as disappointing to many of us as the crates of discs in our garages and basements that didn’t turn out to be the long bombers we had hoped for. But it is true. How do I know? I learned the expensive and hard way. I know many of you can relate. 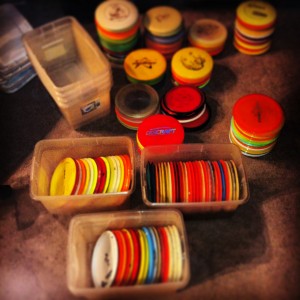 As our sport grows and matures, we will be hit by an ever increasing onslaught of marketing and hyperbole. On top of that, as we all glue ourselves to as many YouTube videos as possible, we see a surge in the number of players absolutely crushing discs.  I saw Avery Jenkins throw at a clinic in 2007 and I almost quit right on the spot.  His throws were going longer than 2.5 of my best throws combined. What did I do instead? I ran out and bought the disc he was throwing.

Can You Buy Distance?

As you can guess, I didn’t add distance, just more of a balance on my credit card. The sick thing is that over the first 5-6 years I played disc golf I did that over and over and over again. To this day, I’m still tempted to pick up the latest and greatest thinking it might add a few feet to my drives.

The right answer to this quest is twofold.  First, we have to come to grips with the fact that distance isn’t everything. Accuracy is far more important. I learned that very quickly last year when I started playing Advanced Masters.

Second, we have to find the disc that best matches our current arm speed and technique. In order to do this, we need to understand why a disc gets distance.

A disc’s distance happens in the “flip and ride” portion of its flight. It’s the part of the flight where the disc flips up from a hyzer angle, turns over past flat, and rides.  When done right, it almost looks like the disc is sliding to the right (RHBH). The longer we can keep our discs in that part of their flight, the further they will go. The longer it flies before pulling out of that turn, the longer the throw.

Why isn’t a Destroyer or Missilen or Nuke OS everyone’s longest disc? Because most people don’t have the arm speed to get them to stay in that turn for very long.  Many can’t get them to turn at all.  They just hyzer out of the sky and crash to Earth like the Hindenburg minus the flames. 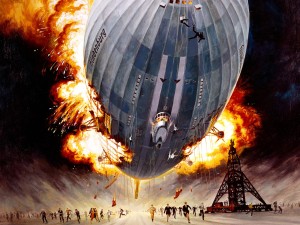 So how do we find the longest disc for us? That’s where the speed rating of a disc comes in. The speed rating does NOT determine the actual speed of a disc. Clock a throw out of our hand with any disc and they all leave our hand at the same speed. We can’t magically throw faster because we are holding a faster disc. Part of that rating is how quickly or slowly the disc decelerates.

Much more importantly, the speed rating tells us how fast we need to be able to throw that disc in order for it to achieve its intended flight.

Can’t get that Force to flip and ride? It’s because your arm speed isn’t fast enough for that disc. Your longest disc will be the disc whose speed rating matches your arm speed the best. It’s why many people limit their bag to “speed X and below” except for specialty or wind discs. Finding the speed that matches your current form is the key to finding the longest disc for you.

For me, my longest measured throw was 426′ with an Opto Trespass (speed 12). It was a fluke. I’ve only broken 400′ a handful of times. None of them repeatable. It’s the fastest disc I can hang with right now for non specialty or windy throws. But it’s not my consistently longest disc. My consistently longest disc is an Opto Vision (speed 8). Yeah, surprised the crap out of me too! 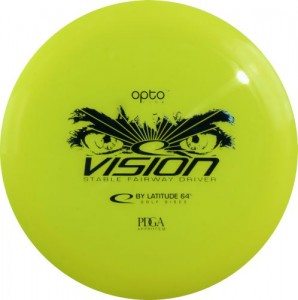 For some reason, I just click with that disc. If there’s no wind, it’s my go to for most of my throws that just need pure distance. On a good pull, it’ll go 360’ish for me and I’ve pushed it to 380′ on rare occasions. The “flip and ride” portion of it’s flight is longer than any other disc I own. I’m really loving that disc right now (it’s also the most versatile driver in my bag, but more on that another time). As I improve, I can see the Trespass becoming the longest, but that’s quite a bit of field work away.

So, what’s your longest disc? Let us know in the comments! Ever tried throwing lower speed drivers for distance? If not, give it a whirl, you might be surprised.

If you are still hopelessly addicted to getting more distance, make sure to check out our two part post on the subject (part one here and part two here).

We are on a constant quest to help you get better! Don’ miss a single post and make sure you subscribe to the blog by entering your email below! We’ll send you nothing but disc golf goodness!