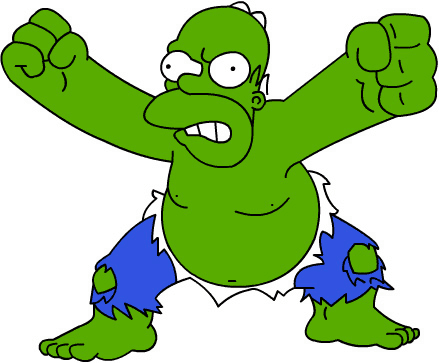 A big part of the reason I post positive motivational memes on Facebook, Twitter, and Instagram is that I constantly need to remind myself to be positive and motivated. I write posts about digging deep and doing your best to try and inspire myself as much as I’m trying to inspire each of you. I truly believe that the best way to go through life is being positive and optimistic.

Sometimes, though, my positive outlook on life gets stomped on like a Justin Beiber fan at a gathering of the Juggalos. It gets beat down repeatedly until it finally gives up and says, “screw you guys, I’m goin’ home!”. That’s when I obey lord Vader, give in to the dark side, and write a good old fashioned rant.

What has my panties bunched all the way up around my neck today? Litter.

It’s one of those things that is so stupid simple, it completely baffles me that it still happens. You take piece of trash A and put it in garbage can B. My 4 year old niece can do it. Why can’t the people out on the disc golf course? 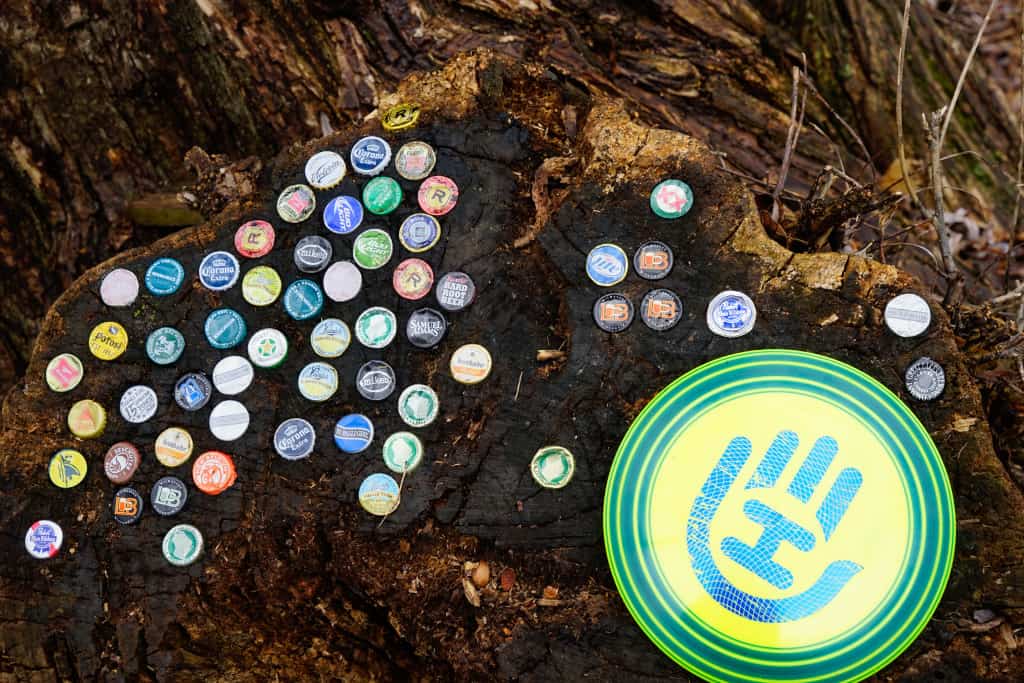 This is not art or cool or impressive. It’s garbage. (Except for that sweet disc, that’s just a sweet disc!)

Right now, as I sit here and write this, I would bet my next two pay checks that there isn’t a single disc golf course across the entire US that is free from litter. Not a single one. Somewhere there is a cigarette butt on the ground, a bottle cap in the grass, a cellophane from a pack of smokes laying around, or a price tag from a newly purchased disc stuck to a tee sign. How sad is it that you can’t go to one single freaking disc golf course, ever, without seeing trash laying around?!

How does this trash get there? That’s the astoundingly ignorant part. People just throw it there. They literally create a piece of garbage and are totally comfortable just throwing it on the ground wherever they are. It blows my mind. Who the hell do these people think they are that they can just walk around and toss crap hither and yon (oh yeah, I said hither and yon) like the magic trash faeries that live in the trees need something to do? Do these people think they are going to get lost in the woods and the only thing that will save them is leaving a trail of starburst wrappers to follow back to safety?

Now for the best part. The other players on the course walk right past it! Honestly, that’s just as bad as if you had thrown it there yourself. How can group after group after group walk right past an entire McDonald’s bag laying out on the course and not pick the damn thing up?! And these are groups of people who probably would be offended if you accused them of littering. Well guess what? YOU ARE LITTERING! Leaving it there is the same as throwing it there. Don’t walk past it, clean that crap up! And “It’s not my mess” is a BS, weak ass excuse for being lazy. 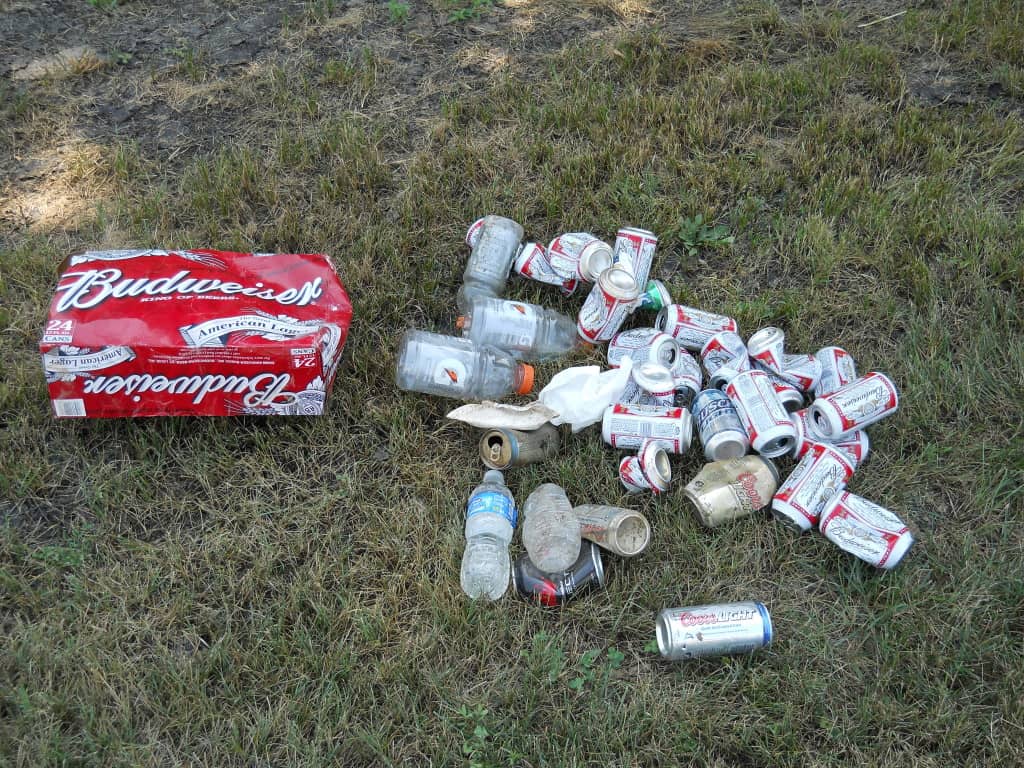 No, Mr. park district board member. No one drinks on the disc golf course, what gave you that idea?

Here’s a good one for you. I asked someone once why they continually walked past trash and bottles and cans without picking them up. The answer? “If I did that, all I would be doing is picking up garbage. I’d never have time to play.” Wait a second, let me get my translator app out…. Oh yeah, that actually means, “I don’t give a damn and am the center of my own special universe where everyone else should wait on me, but I shouldn’t ever have to pitch in to help anyone else. Now make me a turkey pot pie!”

About once a week, I take a 30 gallon garbage bag to my home course and play a garbage bag round. Not once have I failed to fill it up. Bottles, cans, wrappers, condoms, socks, shoes, tampons, fast food containers, soda cups, coffee cups, straws, broken glass, and the list goes on. Every single week. It’s damn disgusting. I go out to enjoy a round of disc golf, I end up cleaning up condoms and tampons. Oh joy! Just how I wanted to spend my day!

Don’t make me call NASA. I’ll do it! Just you watch!

Step one. If you pack it in, pack it out. Or throw it in a garbage can if your course has them.

Which brings up another sore spot. How the F*$% can you throw your garbage on the ground right next to the garbage can? Seriously? Are these people doing their best Shaquille O’Neil free throw impression?

Step two. If you see garbage on your course. Pick it up and throw it away… Even if it’s not yours.

Step three. When you see someone else throwing trash on the ground, call them on it. It’s not OK and someone needs to say something. My personal favorite way is to pick up the garbage and run up to them quickly saying, “Hey, you guys dropped this, and it looks important. I figured you would want it back.” Of course I’m 6’6″ and 205 lbs. People don’t usually give me crap when I do stuff like that.

Folks, there isn’t a single disc golfer out there that doesn’t want more and better and nicer courses. Not a single one. Yet we can’t seem to take care of the ones we have. If everyone out there followed the 3 rules above, our courses would be constantly pristine. It’s up to us to make that happen.

That’s enough ranting for now. Time to go back to being positive and inspired. The problem is that I have a sinking feeling that tomorrow when I hit the course I’m positive I’ll find trash on the ground and then I’ll be inspired to rant some more. And that’s just the wrong kind of positive and inspired, isn’t it?

[tweetthis]Love your local #discgolf course. Pick up some garbage today![/tweetthis]

I realize a lot of the people reading this are not the problem. I do play with people who don’t litter and spend a good amount of time picking up after others. It’s just time to get a lot more people to act like that. If we really want to grow our sport, the first thing we’ll need is a clean place for it to grow.

Want to put something else where it belongs? Put this blog in your email in box every week by subscribing below. All my spam is already in the trash, so I promise not to send you any. Just quality disc golf content week after week!