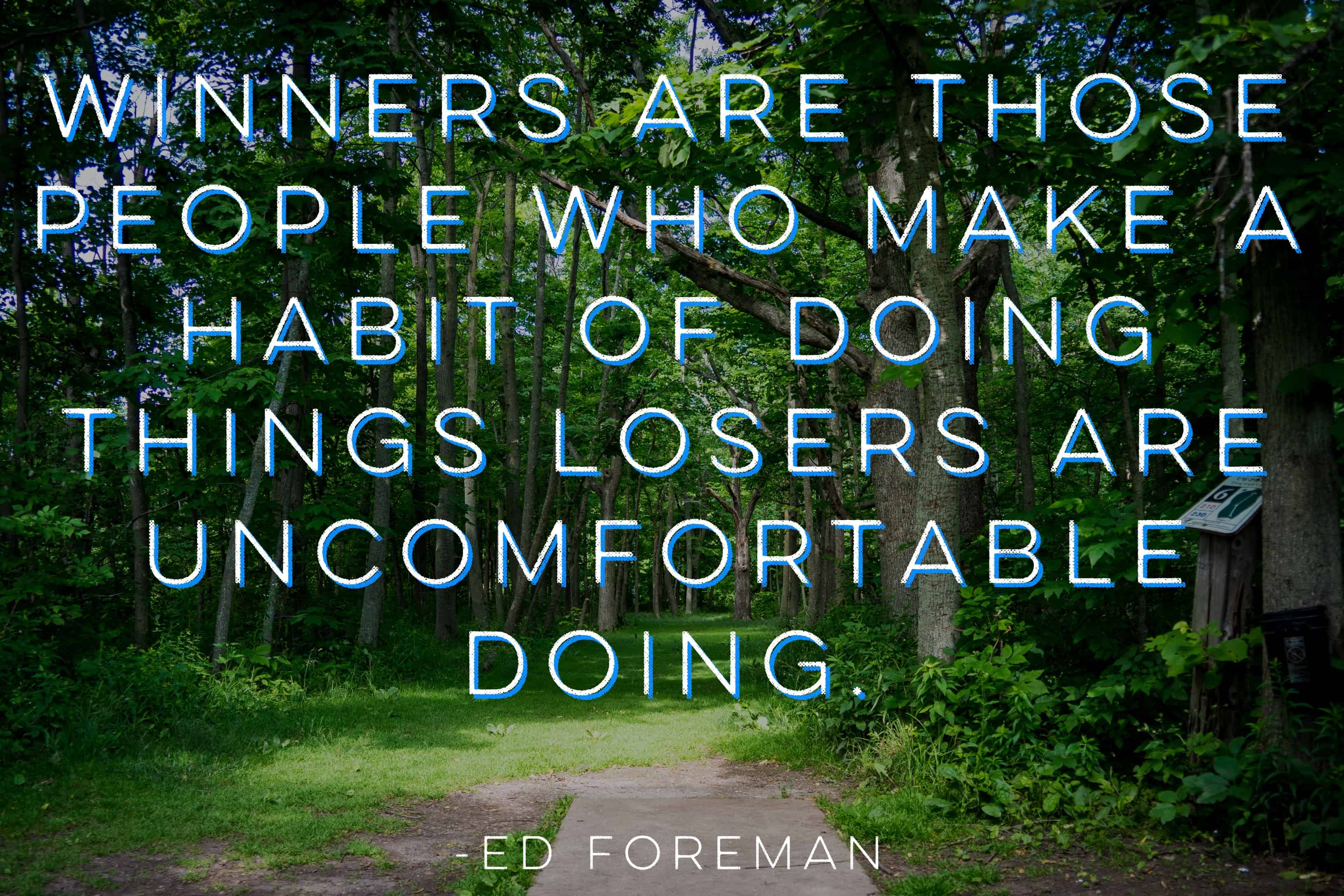 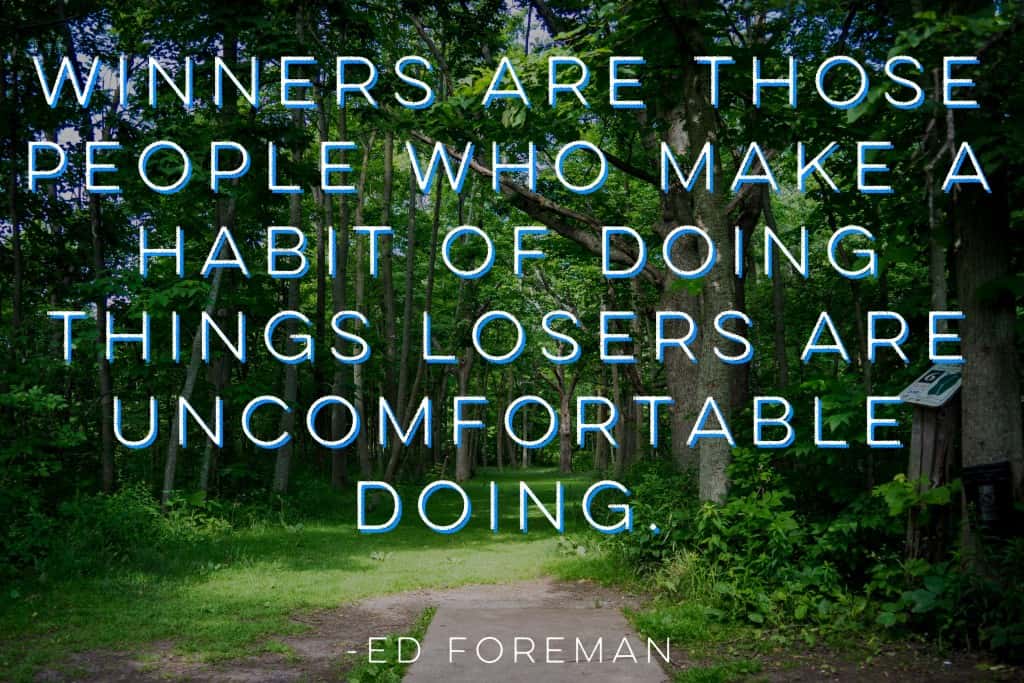 I’ve often heard and read the advice to do one thing each day that scares you. Get out of your comfort zone and do the things in life that make you uncomfortable. Force yourself to do things that are hard to do.

When you hear interviews with ultra successful people, this is almost always a common theme. They are successful, at least in part, because they did the uncomfortable things. They got up before the Sun. They went without sleep. They worked long after their peers had quit for the day. They asked for help.

I hear the same things from successful disc golfers. They get up early to go practice or play. They pushed other obligations until after the Sun went down, and that cut into their sleep. They played and practiced long after their friends had called it a day. They asked for help.

This is, by no means, an exhaustive list of uncomfortable things. But it is a great example of the things that the most successful people in our sport have all done. It’s a great starting list of things you will probably need to do if you want to win…. At anything…. Including disc golf.

So remember what Mike Tyson used to say when he was at the peak of his career. Even though he was the undisputed world champ, he would still get up extra early to run and train. Why? Because he liked knowing that he was up training while his opponent was still in bed.

Get out there and do something that scares you every day. Challenge yourself. Push yourself to be your best both on and off the disc golf course. It will always be something you will have been happy to have done.

Something else you will have been happy to have done is subscribe to this blog. Come on, I ask you every couple of days. Just do it already! I promise it doesn’t hurt at all and you’ll be happy you did!