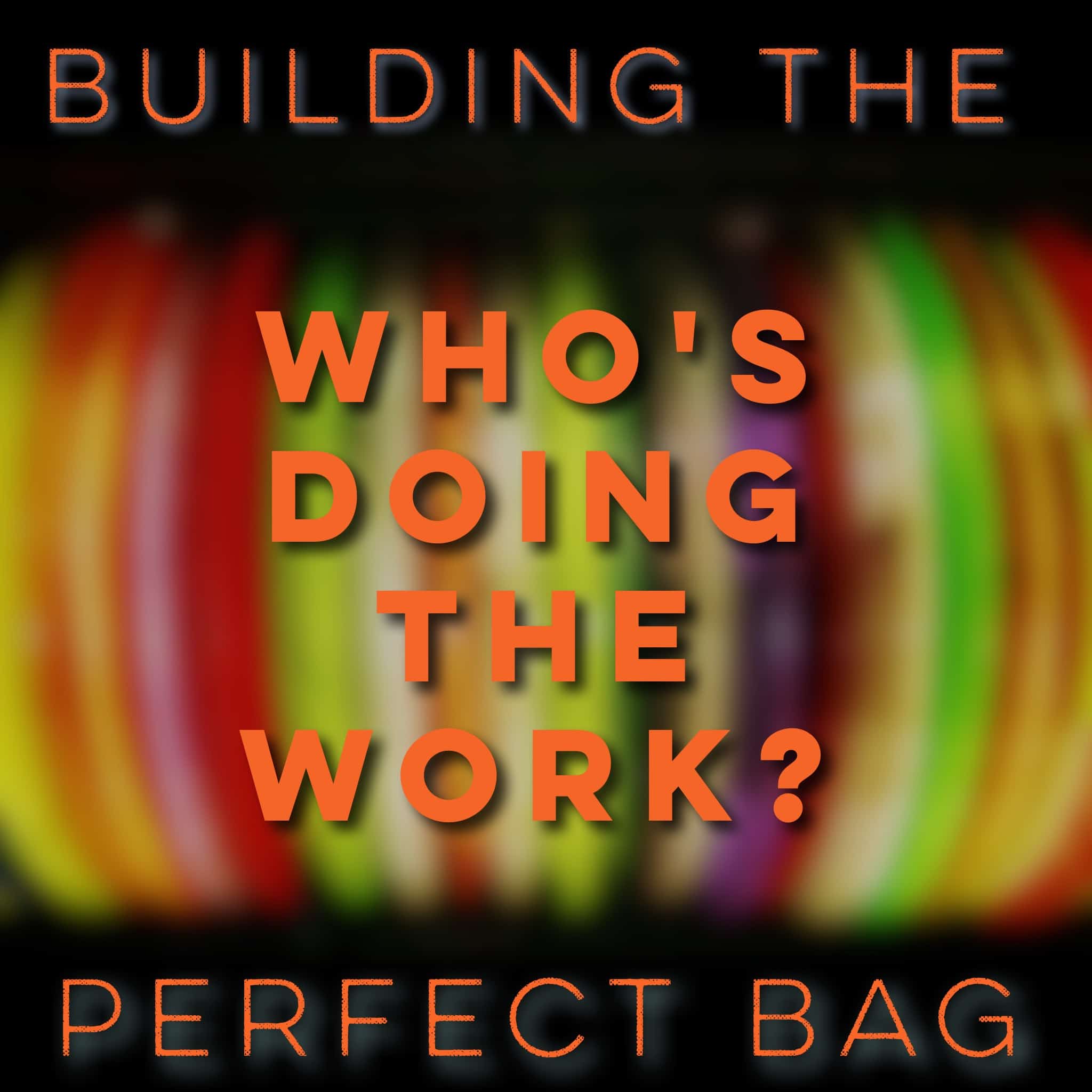 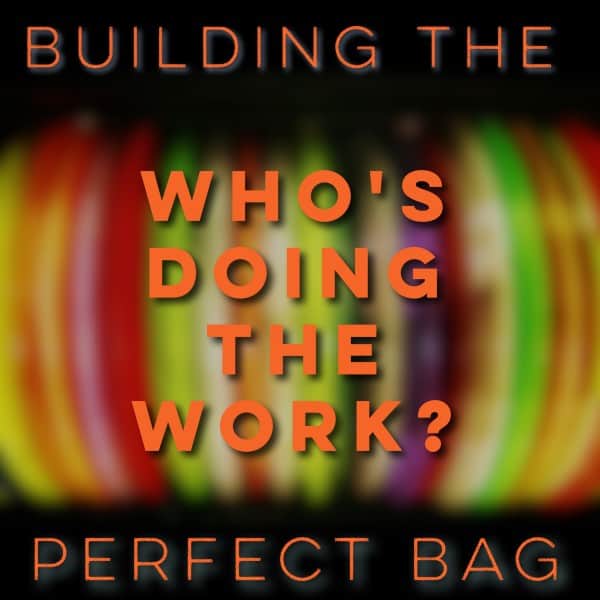 When I first started playing disc golf, my strategy for disc selection was pretty simple. If they sold it at the gas station down the street from my home course, it went in my bag. If the disc was tie dyed, that was even better. That kept me busy until they stopped restocking discs at that gas station. Then I discovered on line disc stores. That was fun, but bad. Very, very bad. Bad for my wallet. Bad for my game. I soon realized I needed a better strategy for what to put in my bag than “I’ll take one of each please!”

After spending countless hours on line (something I don’t do at all any more) and talking to every local player I could, I began to see that there were two basic schools of thought when it came to deciding which discs to carry. Those two schools persist to this day. Both sides can be pretty vocal. Both sides can make a good case for their point of view. Both sides can point to successful pros that ascribe to their philosophy. Which one was better? Which approach would aid my game the best? There had to be one best way, right?

Is it the Disc?

The golfers in the first camp are the “let the disc do the work” group. This group believes that you should never vary your throw. You should always throw with the same speed, angle, release point, run up, etc. The only thing you should change is the disc that’s in your hand. Need a shot that goes left? There’s a disc for that. Need one that goes right? There’s a disc for that too. According to the hardcore members of this group there is a unique disc for every single type of shot you could possibly want to throw.

A lot of things this group says makes sense. Their core philosophy is that you should remove as many variables from your throw as possible. The less you try to change the mechanics of your throw, the less variables there are. The ideal situation is to always use the exact same motion. Zero variables means there is less room for error. And they are right. Removing variables from your play is a huge advantage. 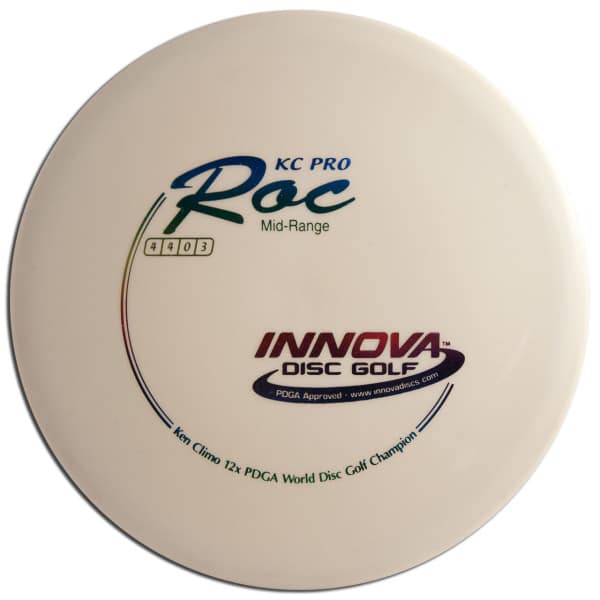 Many Roc throwers are in this camp. They can often be seen with 4-10 different Rocs in their bag at any given time.

There are also some drawbacks to this approach. The most obvious is that you couldn’t possibly carry enough discs to cover every possible shot. This approach also tries to take the golfer out of the equation. That’s just not possible. Many different flight lines are needed to score well in disc golf and some of those lines simply have to come from varying one’s throw. Disc golf starts with the golfer, the disc is just a tool.

The last thing I’ll point out is that this strategy is often merely an excuse designed to justify carrying way too many discs. I’ve heard countless people try to explain the 30+ discs in their bag with an “I let the disc do the work” explanation. The truth of the matter is that they can’t or don’t want to trim down their bag. Their potential is significantly limited because of it.

Is it the Golfer?

The golfers in the second camp are the “let the golfer do the work” group. These folks believe that you should carry as few discs as possible. They feel that every throw demands a different speed, angle, release point, run up, etc. They state that if you really truly learn a small number of discs, you can learn to make them do anything you want. By mastering that small number of discs, you bring skill into the equation. They think that scoring is up to the golfer, not the plastic.

Like the first group, a lot of things this group says also make sense. Their core philosophy is that there are an infinite number of flight lines you’ll need to throw in your disc golf life. Since you can’t carry an infinite number of discs, you should learn to throw those lines without always relying on a specialized piece of plastic each time. And they are right. Having the skill to modify your throw to perfectly match each shot you face is a huge advantage. 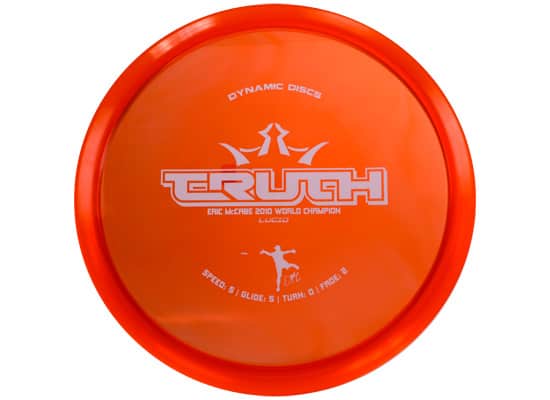 Many Truth throwers are in this camp, stating that this single disc can “hold any line” they put on it.

There are also some drawbacks to this approach. The biggest of which is that the folks in this camp are simply making it harder on themselves in many cases. Sometimes it’s easier and more effective to carry another disc than to try to force a mold to do something it really isn’t good at doing.

I also have to point out the disc golf snobbery that goes on with this philosophy. Many in this group paint themselves as superior to the golfer with lots of discs because they use skill to execute shots, not just another disc. They are quick to look down on the first group as lesser skilled golfers. They couldn’t be more off base.

[tweetthis]It takes skill to play #discgolf well regardless of the number of discs carried.[/tweetthis]

Like a lot of things in life and in disc golf, we have two opposing camps. Someone looking for a path to success might find it with either one, but anyone with an open mind and a true desire to do what’s best for their game can see there has to be another way. There has to be a middle path. A compromise. A third option, if you will.

It’s situations like these that I go back to a time in my life when I became fascinated with my ancestral heritage. I’m mostly European (lots of Irish and English with a healthy dose of German thrown in for good measure). When I was younger, I decided I wanted to research my cultural history. That research led me to discover a group of people known as the druids. Not lawful evil dungeons and dragons druids, but a group of scholars that at one time were the primary historians, story tellers, negotiators, and politicians of their day.

The ancient druids were often called upon to settle disputes. Not “hey, your dog crapped on my lawn” disputes, but “hey, I’m bringing my army to slaughter your country” types of disputes. The reason they were brought in, and the reason they were very often successful in their negotiations, was their ability to find what they called the third option. They realized that whenever there are two opposing sides to something, the right thing to do is to take the best parts of each side and make a middle path that works for all. 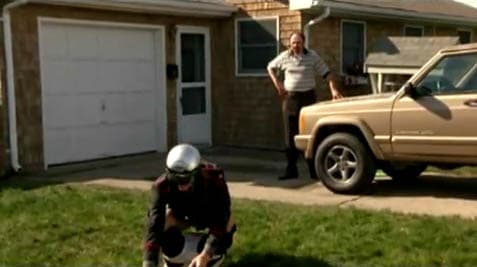 The correct way to handle the “your dog crapped on my lawn” dispute. Also a movie you need to watch if you haven’t seen it. Click image for link.

And this is exactly what is needed when deciding on a strategy to fill your bag. Somewhere between carrying just one disc and carrying 30+ is the best overall solution.

This is where a lot of you start to think, “No shit Sherlock, we already pretty much knew that”. That’s very clear by most of your bags. Almost all of you probably carry somewhere between 1 and 30+ discs. Almost all of you have enough common sense to realize that sometimes a shot needs a particular disc and sometimes you also have to alter your throw. Almost all of you didn’t need to read my goofy babbling about the druids to figure this one out!

The reason I’m spending time addressing this is that neither of the positions described above should be taken into account when stocking your bag with discs. The question shouldn’t be “who’s doing the work?”. It should be “What helps me score better?”. Anyone involved in the discussion of who does the work is focused in the wrong place. In the end, it doesn’t matter. It’s a pointless discussion.

Sometimes the disc does the work. Sometimes the golfer does. Sometimes both do. In all cases whatever gets you in the basket in the lowest number of throws is the correct answer.

But this point is just the start. It’s the groundwork to a very critical part of building the perfect bag. While it’s relatively easy to get people to the point of agreeing you can’t be for either approach absolutely, it’s damn near impossible to get people to agree on where in the middle the best path resides.

For the average casual golfer, there is a better way. Not a way of taking sides or declaring allegiance to one overarching strategy, but a way of logically deciding what is best for their game.

So consider this article a lead in. A primer, if you will. The key point we really need to address is HOW exactly we decide which discs do and don’t belong in our bag. How do we take out the unnecessary? How do we know when something needs to be added? How do we keep our bags from spinning wildly out of control in a flurry of ever changing plastic?

And that, my friends, is the subject of the next article in this series. Stay tuned, math and common sense are on the way to save the day!

If you don’t want to miss the next article in this series, make sure and subscribe to the blog by entering your email below. We’ll email you once a month with links to all the new articles. You’ll also get our monthly newsletter full of things that are good for your mind, body, and disc golf game!