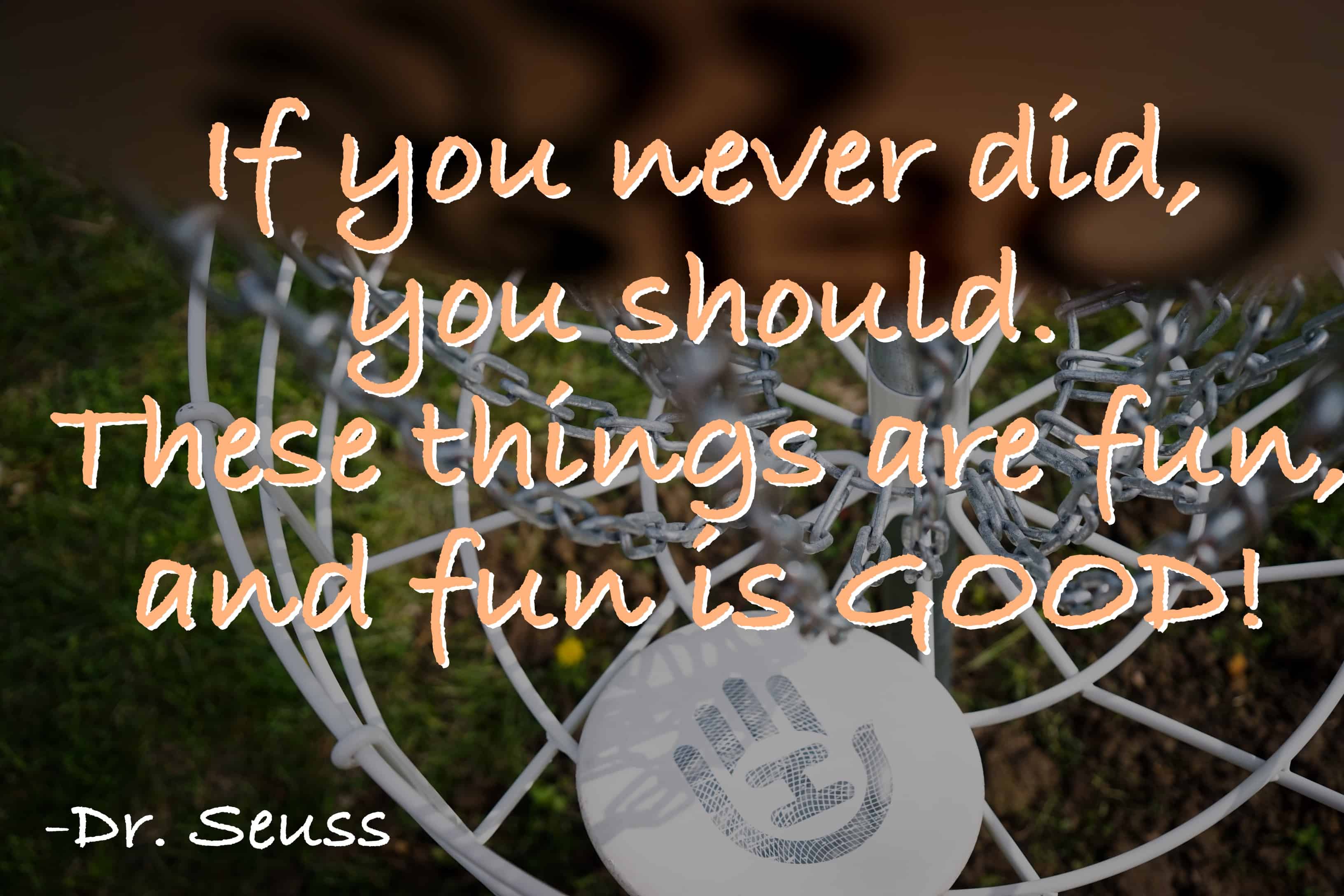 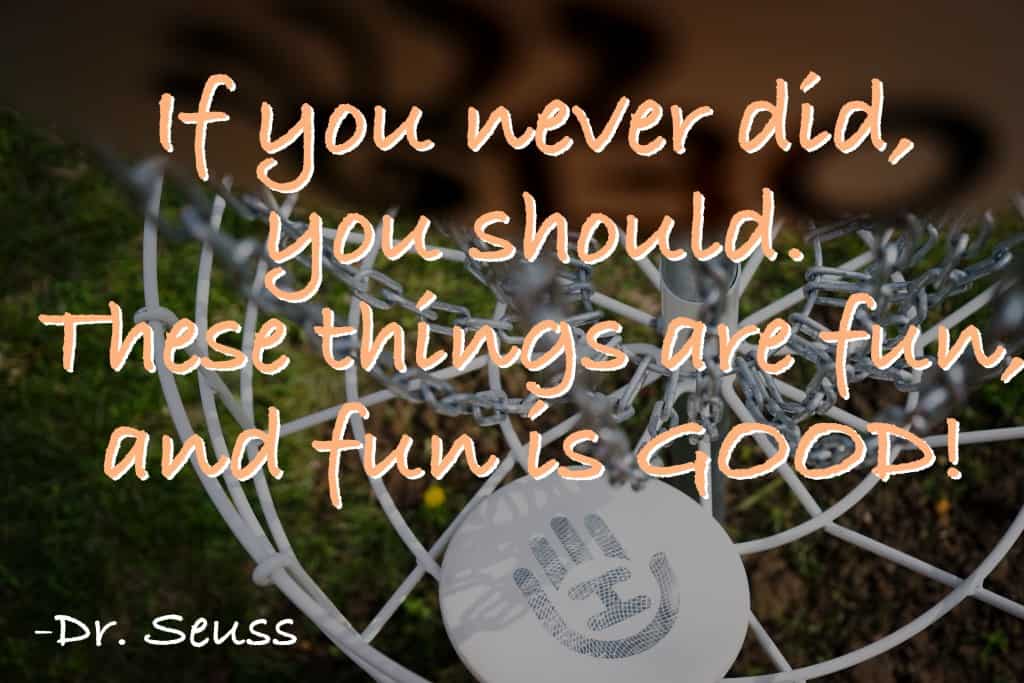 Normally, when I tell a non disc golfer about disc golf, I often get polite yet insincere responses.  Things like, “Oh yeah, I think I’ve seen that before.  It looks like fun.” or “I’ve always wanted to try that, we should go play some time.”.  The problem is that those things never, ever pan out.  Feeling obligated to make polite conversation, and probably seeing the rabid level of love for the sport in my eyes, I’ve had more than a few people say they wanted to play yet somehow never have the time to play.  I’ve asked some people 5 or 6 times before giving up and marking it as a lost cause.

It used to bother me.  It doesn’t any more.  I’m going to get to play either way, they are the ones who are missing out.  But that got me to thinking.  Do I do the same thing to other people?  An honest look at myself revealed that I did.  I’ve made similar statements of interest many times before.  “Sure, I’ll try sushi with you.”  “An improv class sounds like fun.” “Beer in hand volleyball?  Sure, why not?”

What I realized is that at the time they were mentioned, those things did sound fun.  But when it came time to interrupt the normally busy schedule of my daily life, I passed.  I chose the known over the unknown.  The problem is that just as I know how much fun people are missing out on when they don’t try disc golf, I am probably missing out on just as much fun when I pass on those other things.

So, while I can’t force people to try disc golf, what I can do is start to actually take people up on their offers to me more often.  I can also just be honest with the ones where I have no intention of actually doing them.  So, sushi is a no go.  I’ve tried it before, never liked it, don’t care to try again.  But improv class?  That actually sounds like a lot of fun.  And beer in hand volleyball?  Pretty much anything that starts with “beer in hand” has got to be at least a little bit of fun, right?

So think about the things you’ve semi committed to before but never followed through on.  Don’t be the person that passes on disc golf and misses out on what could be a lifetime of fun.  Start saying yes to the fun things in life that come your way.  You’ll be happy you did.  Just think if you could fill your life with things you find you love just as much as disc golf!  OK, let’s be realistic, nothing is as fun as disc golf.  But you could probably get close!

Keep in mind that this also applies to things within disc golf.  As most of you know, I’m at the 13th Glass Blown Open right now.  How many of you have thought about going on a disc golf road trip?  Have you thought about going to a major tournament?  Have you thought about going somewhere with your buddies to play a course you’ve heard great things about?  Well, it’s time to start doing those things and not just talking about them.  I can’t tell you how much fun the GBO has been so far.  It’s been an incredible blur of good times, good people, and amazing experiences.  Don’t miss out on those things in your life.  Head out for something new and something fun today!

You know what else you should do that is fun?  Subscribe to this blog!