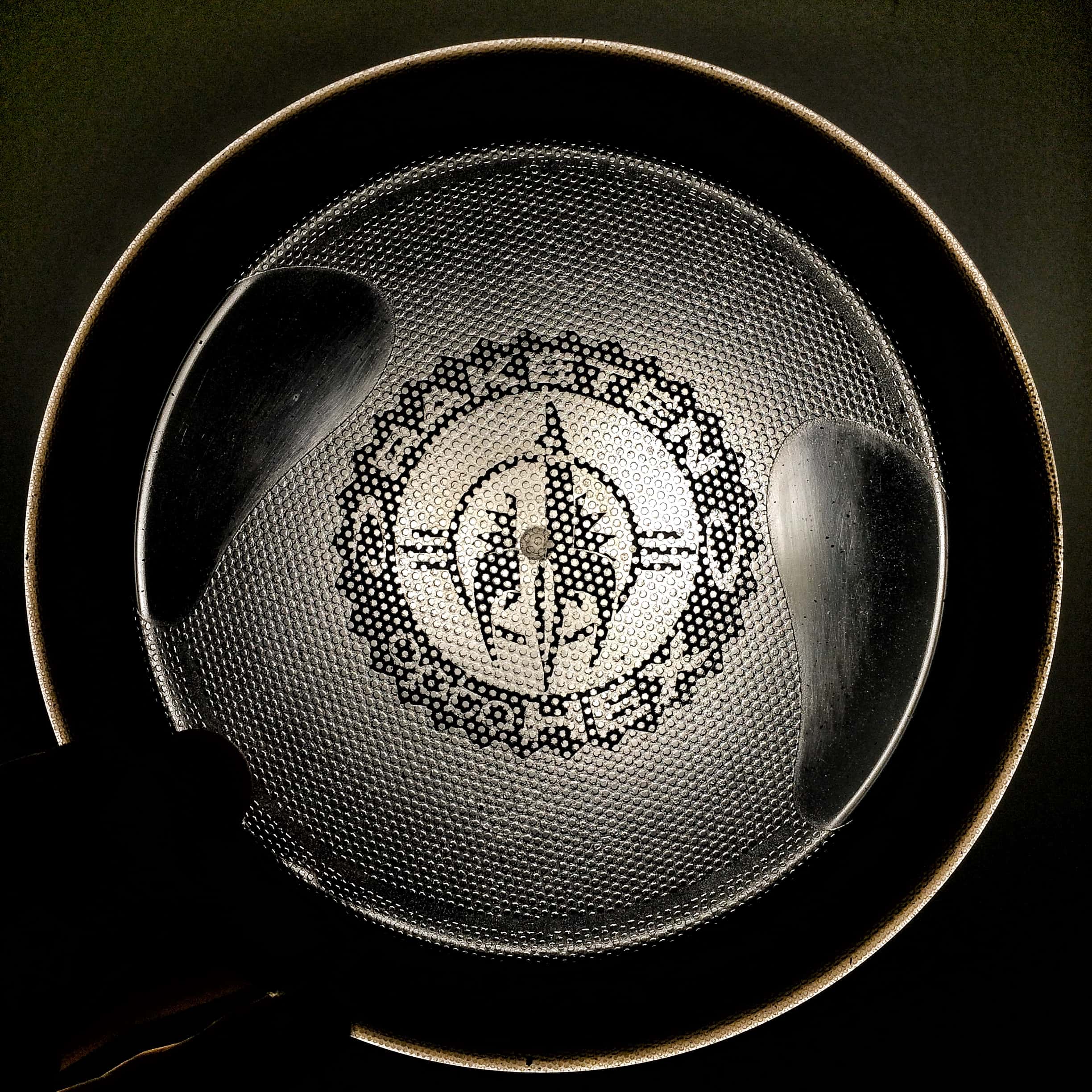 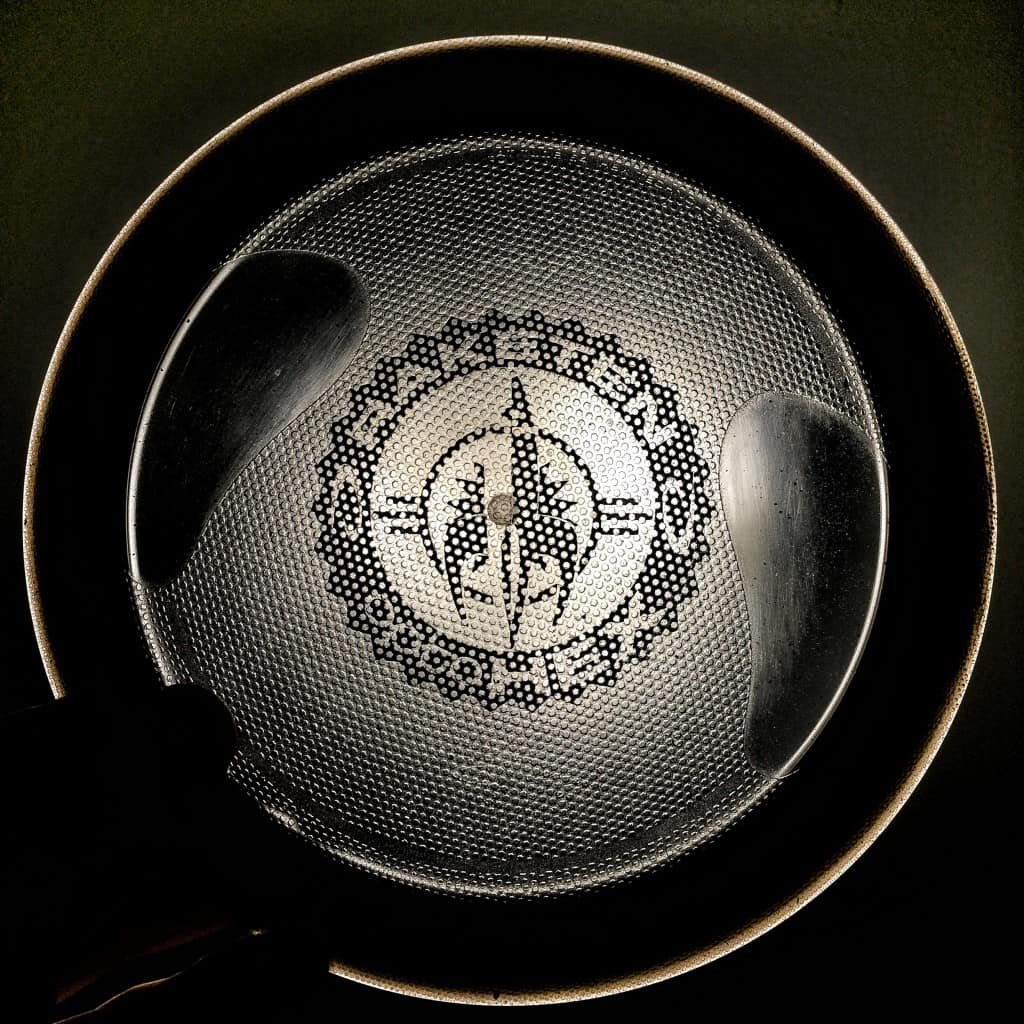 If you’ve followed me on line for any length of time, you know that I’m a huge fan of the discs from Latitude 64, Westside, and Dynamic Discs. It’s pretty simple reasoning for me. I like their consistency and I like their plastic. Out of all the plastic I’ve tried (and I’ve tried it all), theirs feels the best in my hands.

I’m just picky. There is something about the feel of the plastic from those 3 companies (all made by Latitude 64, actually) that feels right in my hand. It’s like picking up that security blankey when you were a kid. There’s something that just fits for me.

So, last year, when Latitude 64 came out with the Misselen, I was skeptical. The Misselen was the first disc to come out in their “Opto Hex” plastic. Basically it’s the Opto plastic that I really like, but with a hex texture molded into it. The idea is to make it more like a golf ball and reduce drag through the air. This reduced drag nets the Misselen a speed rating of 15. 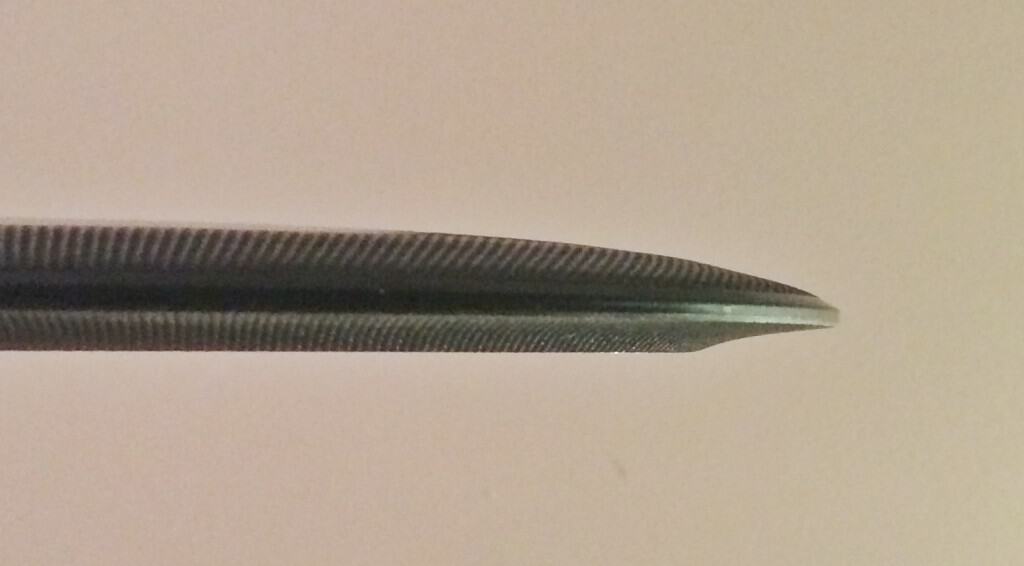 When I got my hands on one, I was disappointed. Even though they left smooth patches to place your thumb on, it just didn’t feel right to me. It was certainly no blankey. It felt like it was going to slip out of my hand at any moment.

Add to that the fact the Misselen is too much disc for me. It didn’t fill any gaps in my bag or my game. It was a meathook in my hands. I didn’t like the feel of it. It felt like it was covered in teflon, ready to fall out of my hand with the smallest of missteps. I gave it away at the first opportunity. I quickly went back to my normal Opto and Gold line goodness.

Now comes the Raketen (Rocket). Billed as a Misselen for those with normal human arms, it’s the second release from Latitude in their opto hex plastic. I could not have been less interested. Based on my experience with the Misselen, this disc was not on my radar at all. 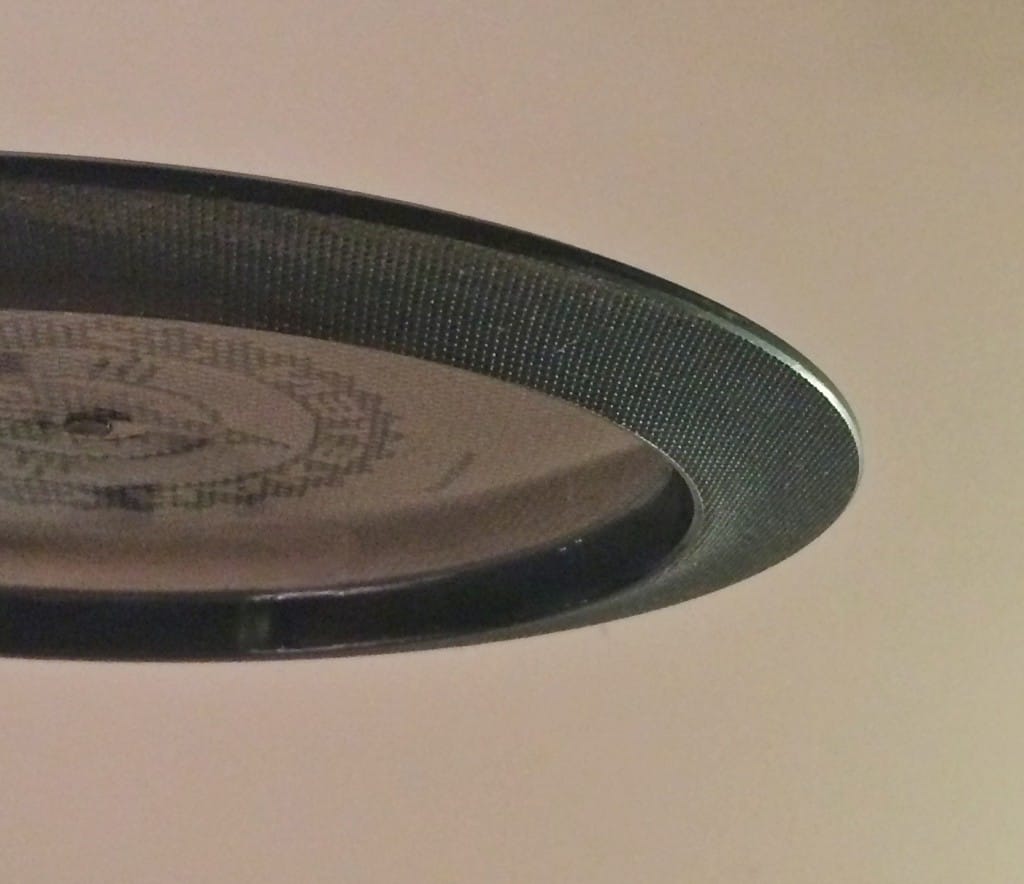 But that’s one of the cool things about being a reviewer for Dynamic Discs. Every once in a while, my mailbox is graced with new plastic that I might not have otherwise tried. Coming on the heels of the surprise delight that was the DD Breakout, I put my bias aside and headed to the field to test this bad boy out.

First, let’s get this part out of the way. I still don’t like the way the plastic feels. It gives me zero confidence and the thought of it falling out of my hand is firmly lodged in the back of my mind. It feels slippery. For me, and this is just me, I can’t bag any discs that feel like this. I have enough doubts floating through my head at any given time, I don’t need to add to them.

Second, I think it’s important to add that of the ten or so other people I had throw the Raketen, NONE of them had a problem with the plastic. Several said they liked the feel better than standard, smooth plastic. Apparently, I was the only goofball who didn’t like the way the opto hex plastic feels. 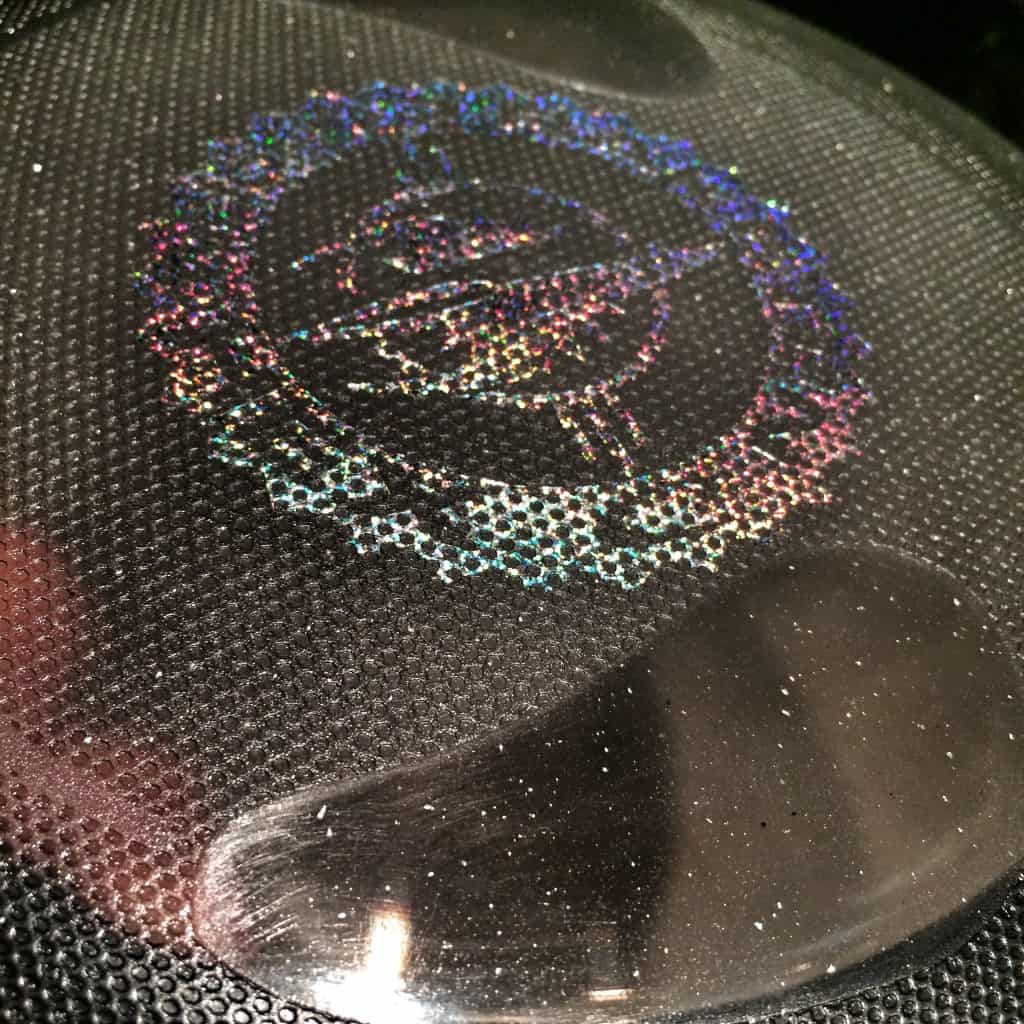 As you can see in this and the first picture, there are spots to grip the disc where there is no hex pattern. I’m honestly not sure why it bothered me so much.

The real question, though, is how does this thing fly? I’ll start by saying that we were all impressed. The Raketen is a speed 15 disc and it’s every bit that fast and then some. Out of the ten people I let throw this disc, 5 of them said it was the longest disc they had thrown. Another 3 said it was right up there with their longest disc. The remaining 2 have mutant arms and are better suited to the Misselen than this newer offering. 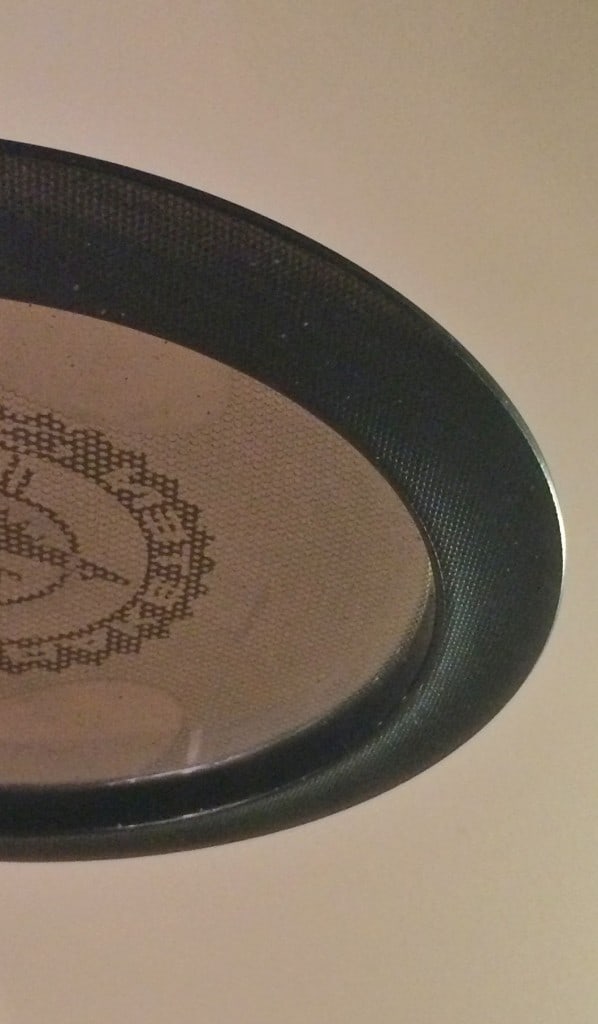 The crazy thing was that all the throws went further than the thrower, or any of us watching, thought they would go. It consistently hit the ground further away than it looked like it would. This was that 15 speed rating coming into play.

The slick, dimpled plastic was helping the disc maintain its air speed longer than other discs that are slower and have more drag. That meant it could go further than a non dimpled disc in the same amount of time.

Usually, long throws seem like they stay in the air for quite a while. And they usually do. The Raketen didn’t seem like it was staying in the air that long. It doesn’t have a ton of glide (it’s glide rating is 3 and I think that’s pretty accurate). What it lacks in glide, it makes up for in speed.

When throwing it against other distance drivers, it took the other drivers more time to cover the same distance as the Raketen. It looks like those hexagonal dimples do something after all.

Everyone got a few throws in with the Raketen. Most were impressed. I decided to take it out for a second round of field work to see if I could get past the feel. It was certainly flying far for me. And it was flying in the nice, tight S pattern I like so much in a distance driver. I really wanted to like it as much as the other people who threw it. 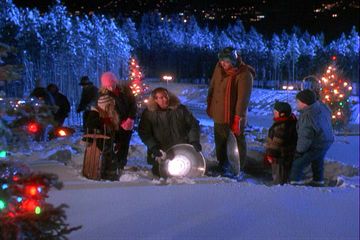 Who is the Raketen for?

After quite a bit of work with this disc, I’ve compiled a short list of people who might really like having one of these in their bag. I’ll be giving this one away very soon, but you can go ahead and order one right now here.

In the end, I really wish I could get past the plastic feel. No one else had problems and that made me wonder if I wasn’t being just a bit weird about the whole thing. If you’ve been looking to dip your toe in the ultra high speed driver market, the Raketen is the perfect disc for you. Don’t let the dimples hold you back. They are the whole reason this disc is cool in the first place.

If you like these reviews, and want to automatically be entered to win the discs we give away as part of doing them, just enter your email below and subscribe to the blog. You will be entered in every random type drawing give away we do. And we do a lot of them!