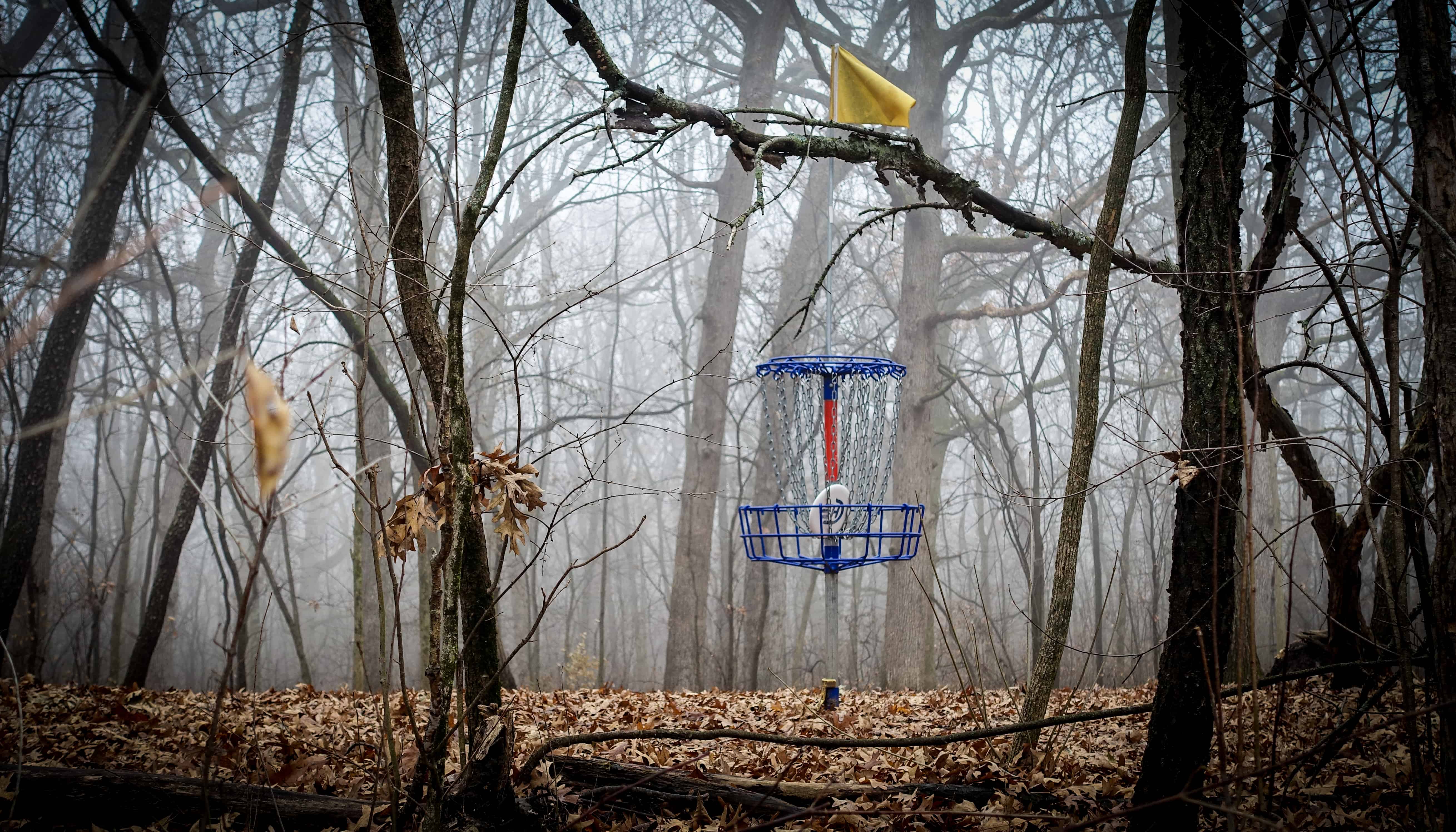 What putts do you practice?

Putting. It’s where the game of disc golf is won and lost. It’s the one skill that the pros practice more than any other. They might even practice it more than all of the other skills combined. If you are serious about your game, you practice it too. You might even practice more than one kind. Spin putts, loft putts, straddle putts, and turbo putts are all things I see people working on around the practice basket at my home course. There’s one type of putt, though, that I almost never see anyone practice… Putting from your knees. 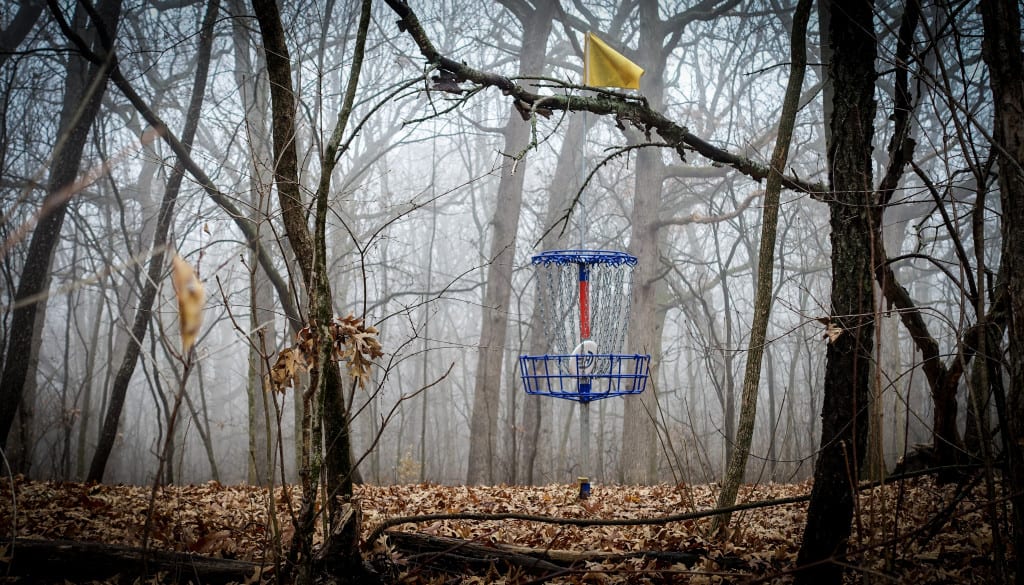 Low hanging branches like this make my loft putt difficult…. Unless I putt form my knees.

As I write this, it’s about 11pm and I spent most of today playing in a tournament in Marengo, IL. The Marengo course is a nice mix of open and wooded holes. Lots of challenge and lots of trees. With those trees comes a lot of low hanging branches. Today, those branches made me have to putt from my knees 4 times.

At 6′ 6″ tall, it’s something I find myself doing pretty regularly. But even though I may have to do it more than most, it’s still something everyone should be able to do. It’s a fundamental skill that will help you save throws on your score card.

On the occasions that it’s needed, it’s often the only way to give yourself a chance to make a putt at all.

Recently, we put up two posts about leaving yourself easier putts. One was about reading the “green” around the basket. The other was about considering the wind direction and what type of putt you would most like to leave yourself. If you’ve gone out and practiced that, you’ve found that while it improves your scores pretty quickly, it’s not foolproof. Despite our best efforts, we can still leave ourselves difficult putts.

When to putt from your knees…

Putting from your knees comes in handy in a few instances. The first is the above mentioned low ceiling putts. The second is when you are stuck in the bushes and have to get down on one knee while stretching your opposite leg way into the shrubbery to rest behind your marker. In both cases, putting from your knees is your only option.

You’ll find there are a few minor adjustments to be made. Your weight shift will be different. You’ll use more arm. You’ll line up at the basket a bit differently. It will feel awkward and weird at first. Stick with it and in no time you’ll be putting from your knees like a pro.

Now for the bonuses…

The first one is that this skill is a life saver when you are playing in high wind. Getting down low and keeping your putt lower to the ground really helps when it’s blowing outside. The next time you are playing and it’s gusty out, try it and you’ll see what I mean.  You’ll make more putts and your misses will not blow near as far away.

The second one is that this will help you win games of horse (or disc, or pig, or bagger… whatever you choose to spell when playing this putting game). Because almost no one ever practices this putt, you are almost sure to throw your opponents off by putting from your knees.

Here is your challenge. Throw a few putts from your knees during practice this week. Then, when you are playing, look for opportunities to use your new skill. I think you’ll find that it will help you more often than you might think!

Here’s your second challenge for today. Subscribe to this blog so you make sure you never miss a thing! You never know when one of our tips will change your game for the better forever!