In a previous tip, we talked about seeing the line.  Actually looking, in your mind’s eye, for the flight line you want your disc to take.  While that works well, there’s an additional aiming aid that, when combined with seeing your line, will have you shooting lights out in tight quarters before you know it.

The first thing to remember is that you aim down your line, but that line is almost never straight.  The problem with this is that the easily distracted monkey brain that lives inside all of our skulls wants desperately for us to aim at the final resting place.  It sees the basket, all shiny and inviting, sitting out there waiting for our shot to crash into it.  It sees that and then often takes over and makes our body throw right at the basket.  Unless you’re throwing a disc that goes straight, we all know this leads to trouble.

Because the line your disc will fly on is usually not straight, you aren’t actually going to end up throwing the disc at the intended resting spot.  As a basic example, if you are a RHBH player and you are throwing an approach shot with an over stable disc, you will aim to the right of your target.  Throw the disc out to the right and it’s flight path will carry it left of where you actually threw it and toward the place you want it to end up.

We have to remember that we only control the initial direction of the throw.  We have to trust our disc to do the rest after that.  So while we are visualizing an entire line (often with one or more turns in it), we are only responsible for starting the disc down the first part of that line.  How do we do that? 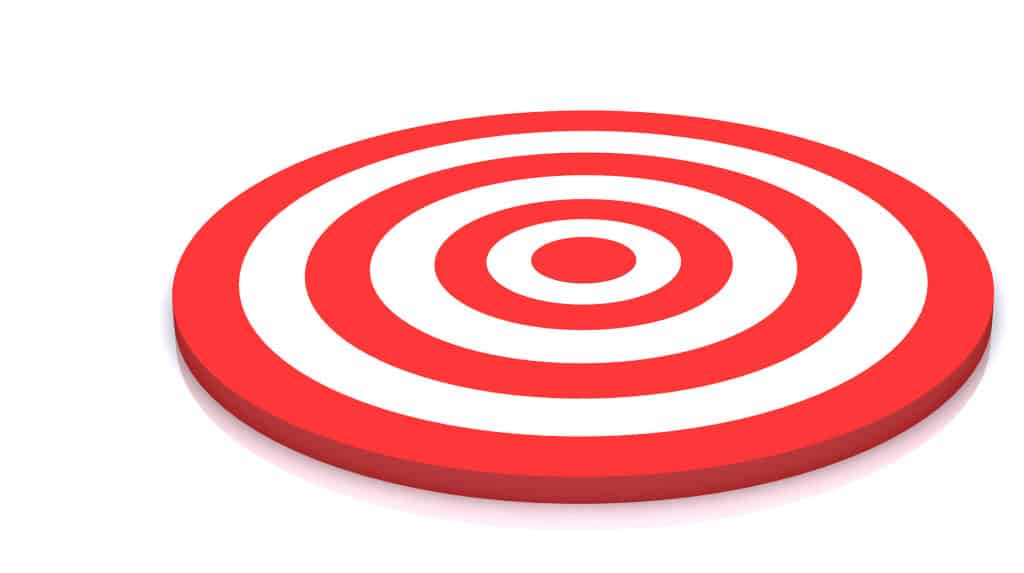 Pick the right target and throw there for success.

We pick a spot in the distance.  One that allows us to start the disc in the right direction.  Something like a tree or bush or house in the distance.  We then tell our brains that no matter what it thinks, that’s not where the disc will end up.  We step up.  We throw at that spot.  We trust that the disc we picked is the right one and that it will do the rest.

In the end, it’s often best to just forget there is even a basket out there.  Once you use the basket to determine what line the disc should fly on, forget the basket.  Once you use the needed line to determine to point in the distance you want to throw at, forge the line.  All you are concerned with now is that one point in the distance.  Throw the disc at that point and if you’ve selected the right disc, the rest will fall into place on it’s own.

Another thing that’s easy to forget is to come back here several times a week to check for new posts.  What you can do instead is to just subscribe.  I’ll send you all the new posts once a week, directly to your inbox, so you don’t have to do any work at all!