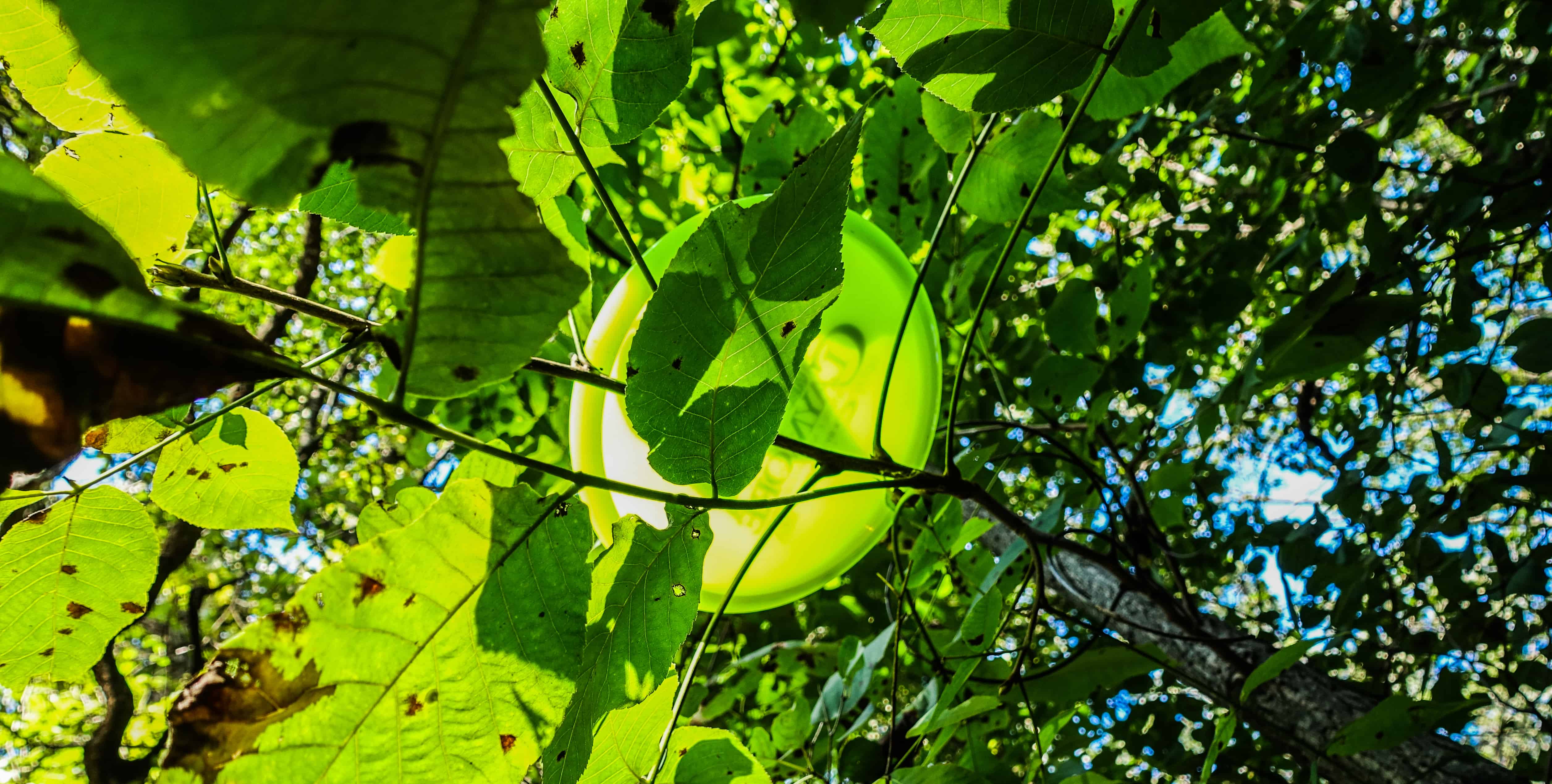 Saturday morning doubles at Squaw Creek.  Hole 4.  711 feet, somewhat down hill, tall prairie grass on the right, marsh on the left.  We had parked two shots in the center of the fairway about 425′ and 440′ out.  We were in great shape.  Our opponents stepped up for their shots.  The first guy throws a great drive well past ours.  A good 500′ beautiful S curve landing on the left edge of the fairway and in perfect position.  Down hill holes are fun.

Hole 4 at Squaw Creek Gold. This was in the spring before the rough really grew in. The stuff on the left is now 5 feet higher, the rough on the right eats discs every day.

The next guy up apparently felt the need to out do his partner.  Even though there was little chance of that, he was determined.  We’ve all been there.  We have all also done what he did.  He reared back and grip locked it way right, well into the tall stuff.  Trying way too hard rarely produces good results in disc golf.  My partner and I smiled at each other and grabbed our bags.  His partner encouraged him that they were still fine with his drive.  He turned around frustrated and stomped/marched back to his bag.  None of us watched were the disc went.

Now, I know it’s good etiquette to always watch every drive in the group.  I know the blame doesn’t lay entirely with the person who threw the drive.  But I do have to say that the primary responsibility of knowing where a disc goes lies squarely on the shoulders of the thrower.

We looked for that disc for a good 20 minutes before giving up.  Two other groups played through.  We were all covered in more mosquito bites than we cared to be.  None of us were happy campers.

That would have been bad enough by itself, but this happened two more times in the same round (fortunately we found those other two discs).  All three times, the same guy.  He would throw a bad shot, immediately turn around in disgust, and not have a clue where his disc actually landed.  No one else was looking either.  Again, shame on us for not paying attention.  But shame on him more!  The thrower needs to pay attention to their disc! 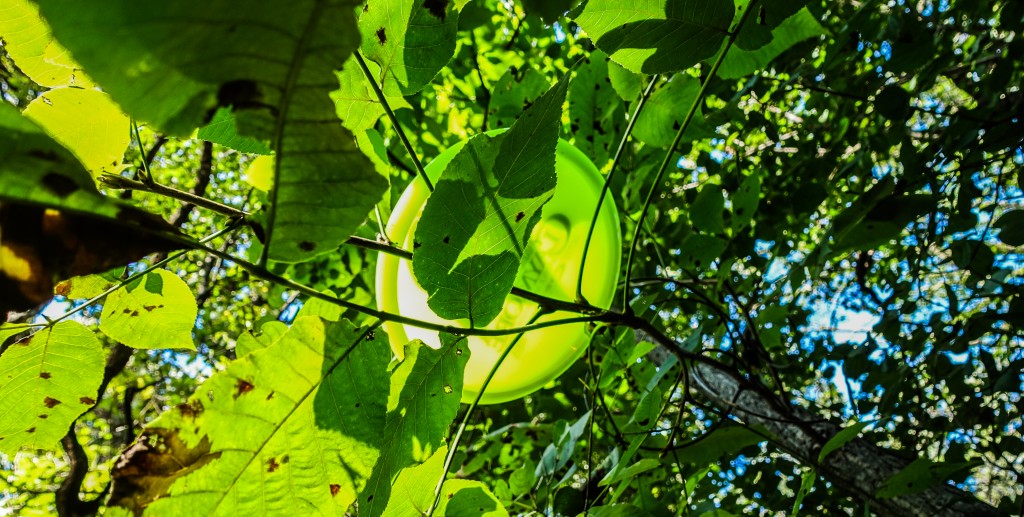 One of those discs was a green disc, up in a tree, 50 feet further up the fairway than anyone thought it would be.

I’m not saying I’m an angel in this category.  I played a solo round Wednesday and spent a good amount of time looking for a bunch of drives.  Instead of watching each one carefully, marking its position with surrounding land marks, I was reaching for another disc.  I typically play 3 disc worst shot for my solo rounds, and wow did I have a lot of worst shots!  Every time I spent time looking, I would yell at myself for being so careless and not watching my disc.  When I’m by myself, I really need to learn to pay attention.

But no one was relying on me to play fast.  I was off work and had nowhere to be.  The course was empty as it often is on Wednesday mornings.  And I WAS BY MYSELF!  Honestly, when I’m playing in a group of people, this is one of the things I try to be most conscious of.  I feel terrible when everyone is held up because I couldn’t bother to mark where my disc went into the crap. 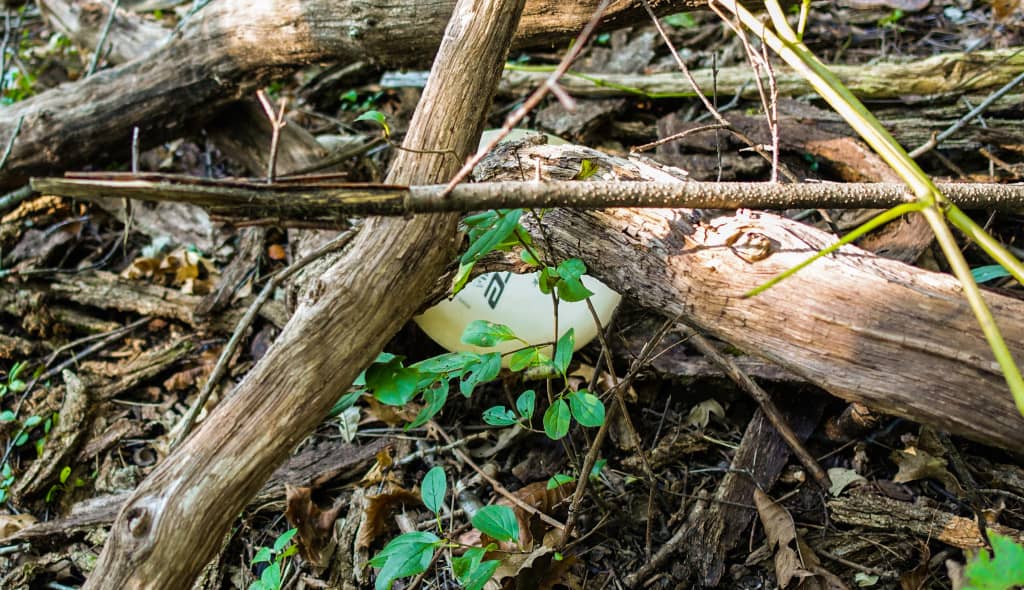 I found this one about 10 seconds before I was ready to give up.

Here is an actual conversation that took place in my group during the last tournament I played in: 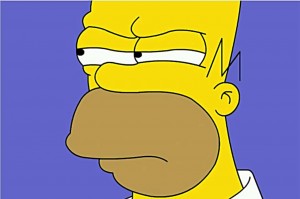 If only that guy could hear what was being said in my head!

The voice that screamed out in my head in response to this said some things I’m not proud of and aren’t really appropriate to repeat.  Let’s just say that I was the one that called 3 minutes, much to the dismay of Mr. I Wasn’t Paying Attention.

I’m not sure if that disc ever turned up, but not paying attention cost that guy stroke and distance on that hole.  Not a very good trade off in my book!

I know it’s hard to watch the disc go somewhere completely unintended.  I know it’s painful to watch your disc tic a tree and make a bee line for machete country.  I know it’s disheartening to see your tournament score taking a dive right along with your disc as it disappears into what might as well be the Amazon jungle.  I know this because I’ve done all those things…  A lot.

But please, please, for the love of God please!  Keep an eye on your disc and pay attention!!!  It takes all of 5 seconds to mark it’s location.  Disc golfers are a damn cool bunch of people on the whole.  None of us mind helping look for a disc.  But I think I speak for most in saying that we all mind, at least a little bit, when we are only looking because you have no idea where you threw your last drive.

If you liked this article, please consider subscribing to the blog!  We won’t ever share your information, we love you too much!