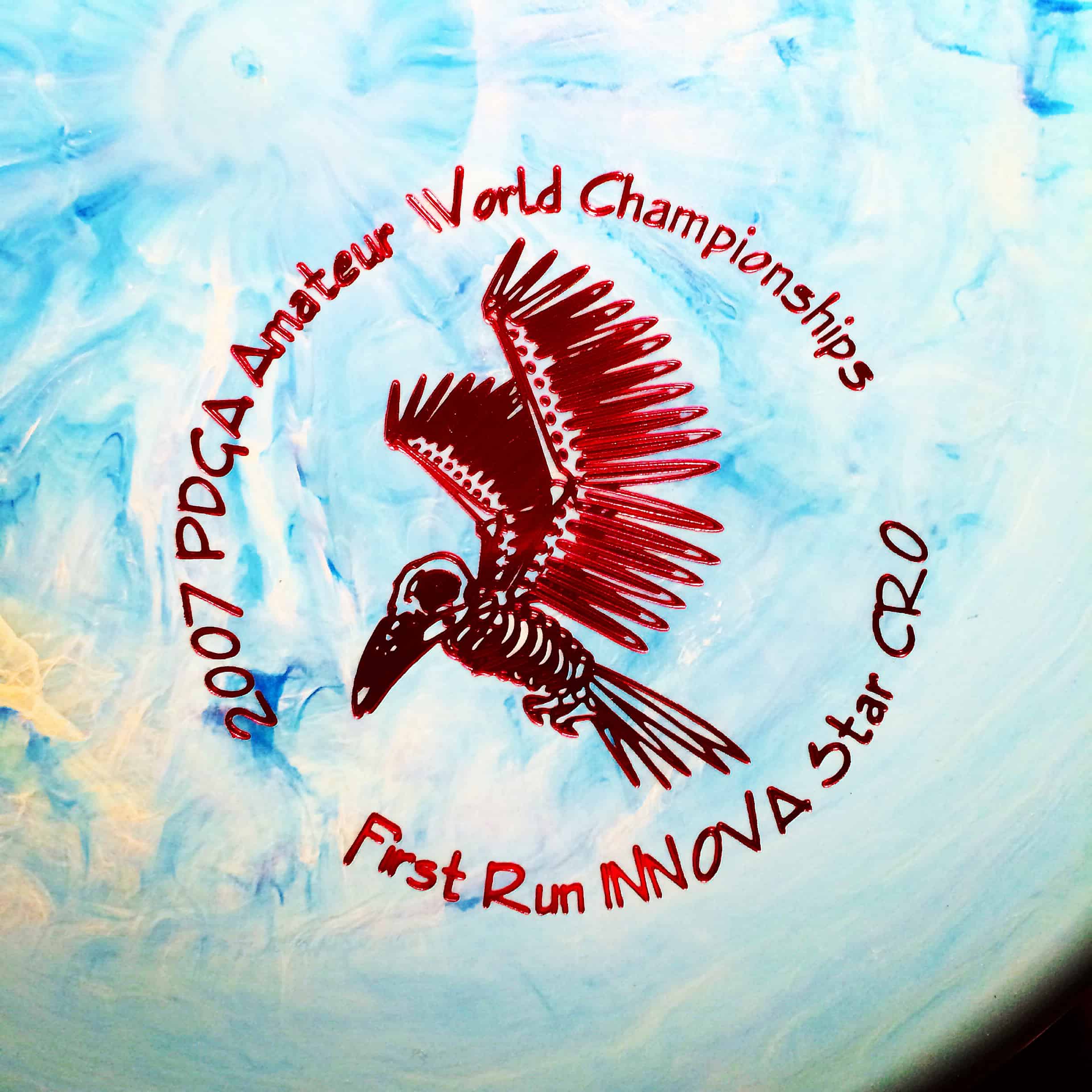 With the Am Worlds disc golf tournament kicking off in Minnesota this week, I thought it only appropriate that I share my own Am Worlds experience.

“It was the best of times, it was the worst of times.”  Nothing better describes my participation in the 2007 Am Worlds in Milwaukee, WI.  Worlds is something everyone should go to at least once.  Compared to the B and C tier events I normally play, it was a completely different experience.  If you ever get the opportunity, don’t think twice, just go.  You won’t be sorry you did. 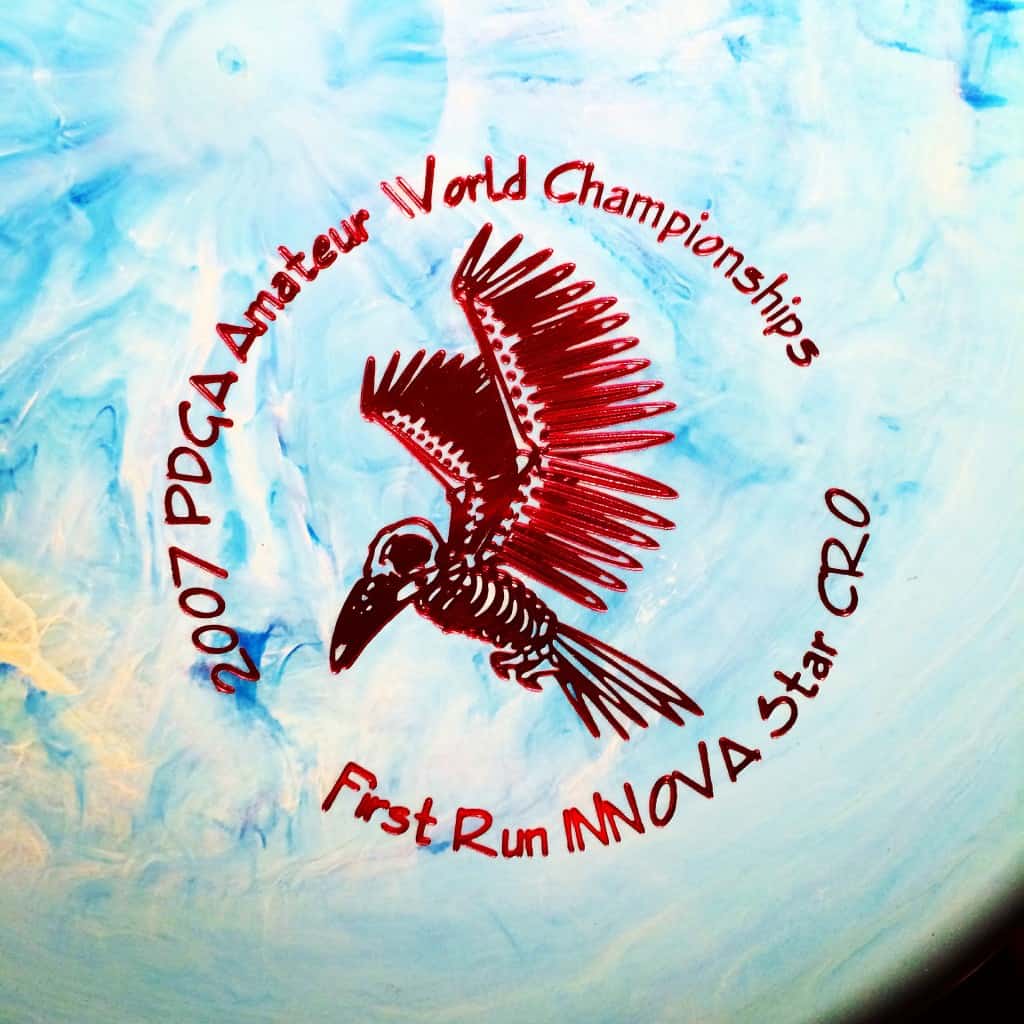 In 2007, not only had I played enough tournaments to qualify, but living in the Chicago suburbs I was close enough to Milwaukee to actually be able to go.  I took the time off work, reserved my hotel room, and eagerly awaited the date.  I drove to Wisconsin every chance I got to practice the courses.  Dretzka and Brown Deer are two of my all time favorite courses to this day.  I actually got pretty good at those courses.  I was able to shoot even par several times and was usually no more than 7-10 over par.  I really felt like I was ready.

Unfortunately, the day I left for the tournament, I forgot to pack anything resembling disc golf skills.  After my first round, it was clear that I had no business there.  I had absolutely no ability to cope with the scale of this event.  Everywhere I turned there were pro disc golfers I had only seen on YouTube and Marshall Street videos.  One of my first rounds, the owner of Huk Lab was on my card.  I was so distracted and so nervous, I completely forgot how to throw a disc.  I was shooting 15-20 throws worse than my practice rounds.  I strongly considered DNFing and going home.

That’s not the type of person I am, though, so I looked for the good things.  I got to go to a clinic with Avery Jenkins and Dave Feldberg.  I got to watch Avery throw sky rollers that, I think, actually landed in a different time zone.  I got to talk to Juliana Korver about speed rounds and combining running with disc golf.  I got to totally geek out on disc golf with a ton of people who love this sport as much as I do.  There were a lot of good times that week.  Unfortunately, very few of them were on the course. 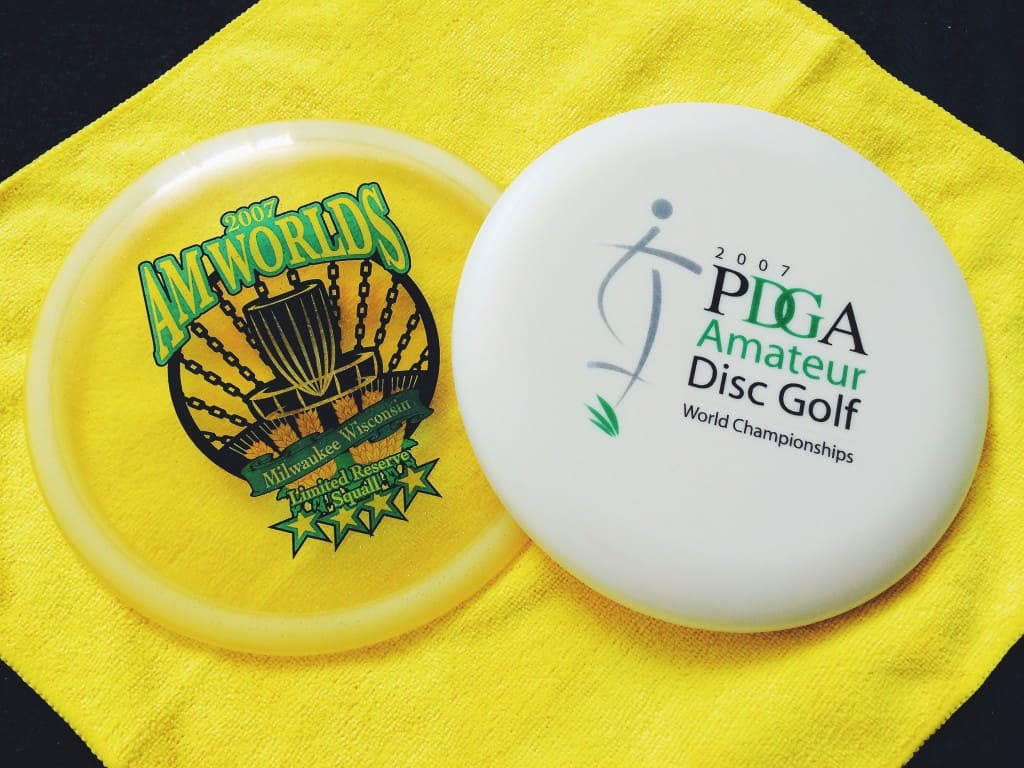 Then it happened.  The hole that summed up my entire tournament experience.  Brown Deer is a pretty tough course.  If you want to go to Milwaukee and play without waiting on each hole, go to Brown Deer.  It’s almost devoid of chuckers because it’s so challenging.  As I’ve said, I was playing terribly that week.  This round was no exception.  3 putting from 20 feet when there’s no wind is just downright embarrassing on a stage like that.  Then, just when I thought things couldn’t get worse, they did.

We stepped up to the tee on one of the many wooded holes.  The hole is 320′ long with about a 15 foot wide fairway the entire length of the hole.  The fairway is dead straight for about 60% of the hole and then bends left after that.  The basket is well protected and not visible from the tee.  This is a tough shot during casual rounds, let alone with how I’d been playing in competition that week.  Definitely a hole where a spotter is needed.

One of the cool things about worlds was that a lot of the spotters were pros.  This hole was no exception.  We get to the tee and who do I see halfway up the fairway, but Barry Schultz.  Yeah, 2x World Champ, 3x US Champ, and US Masters Champ, Barry Schultz. 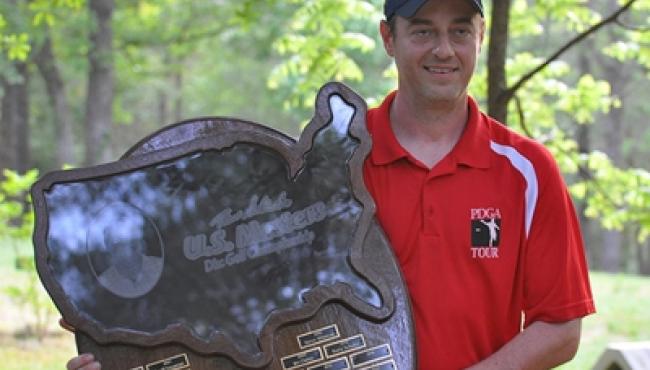 What you have to realize is that Barry was, and still is, one of my all time favorite pros.  I don’t usually use the term “man crush”, but I have one.  I’d learned to play watching Barry on video.  I had modeled my throw after his silky smooth, powerful, and accurate form.  I now had to throw one of the toughest shots of the day right past my disc golf idol.

My turn came to take the tee.  I had been b.o.b. all day so everyone else had already thrown.  No one had hit the fairway.  I stepped up on the tee box with my trusty Buzzz.  Suddenly the tunnel shrank to about 6 inches wide.  The fairway grew an extra 100 feet right before my eyes.  Sweat started to bead up on my big, bald head.  My heart raced.  My palms got sweaty.  My vision actually blurred a bit.  I was a wreck.  Well, I thought, can’t wait around all day.  Might as well get this over with.  I reached back and let fly.

Unbelievably, it was my best drive of the whole tournament.  That disc couldn’t have flown more in the center of the the tunnel. It went right over Barry’s head flat and straight.  There were ooh’s and ahh’s from my group.  One guy actually said, “Wow, you actually do know how to play!” (yeah, I was playing that bad).  When the bend in the tunnel came, my disc turned like it was a remote control airplane.  It perfectly followed the tunnel and nestled up to what turned out to be about 12-15 feet from the basket.  Parked!!!  Elation!!!  I had just thrown one of the best shots of my life right over the head of one of my disc golf heroes.  Barry even said, “Nice shot!” as I walked by.  I get choked up thinking about it to this day.  I was walking on air!!!

I was about to get my first deuce in a couple of rounds.  I was going to be the only one on my card with a deuce on that hole.  I was going to do it in front of Barry Schultz!  I was so happy.  And then…

Like I said, it was the best of times and the worst of times.  I played terribly the rest of the tournament and actually had nightmares about that putt that night.

Each player that year was to get a DVD of the tournament.  Even though I played poorly, I really wanted to see a recap of the event.  I waited months for that damn dvd.  I watched the whole thing looking for something I could share with friends and family.  THE ONLY PLACE I AM IN THE ENTIRE VIDEO IS THE CLIP YOU JUST WATCHED.  Yep, I made the let’s laugh at the less fortunate segment.  Chapter 9, “Almost Great”.  I just can’t believe I did that.

In hindsight, I’m thankful that it happened.  It’s what led to years of trying to figure out the mental game.  It’s a big part of why I started this blog.  If I can help just one person avoid having this happen to them, I’ll be happy.

Well, that sums up the best and worst hole of disc golf I’ve ever played.  It’s also the best and worst tournament I’ve ever played.  Talk about an emotional roller coaster.  My thoughts are with all the ams in Minnesota right now.  I hope they make a different part of the highlight footage than I did.  Keep ’em in the fairways everyone.  And for the love of everything good in this world, make those short putts!  Enjoy yourself.  Stop to look around.  It’s an experience you’ll never forget.