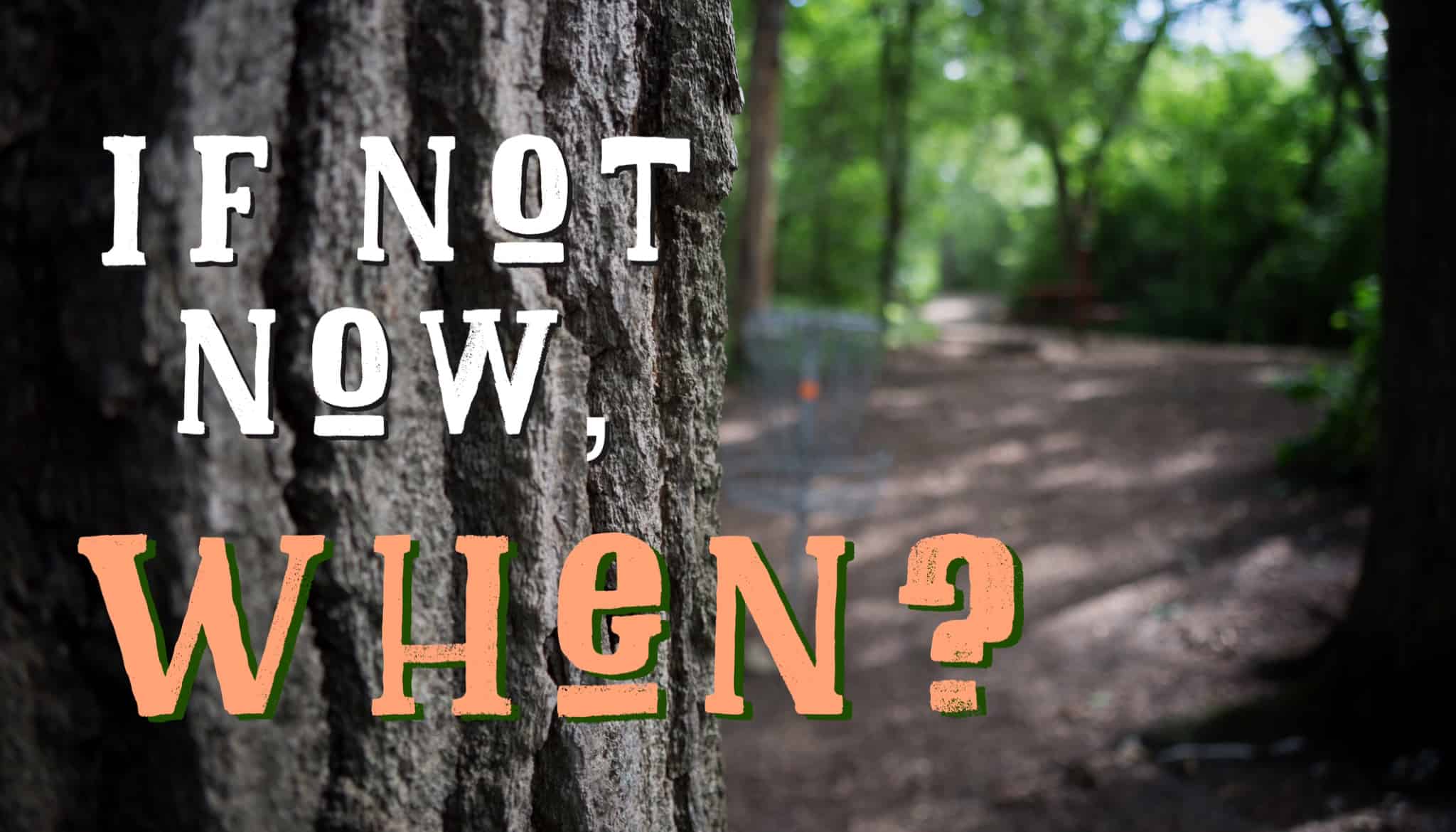 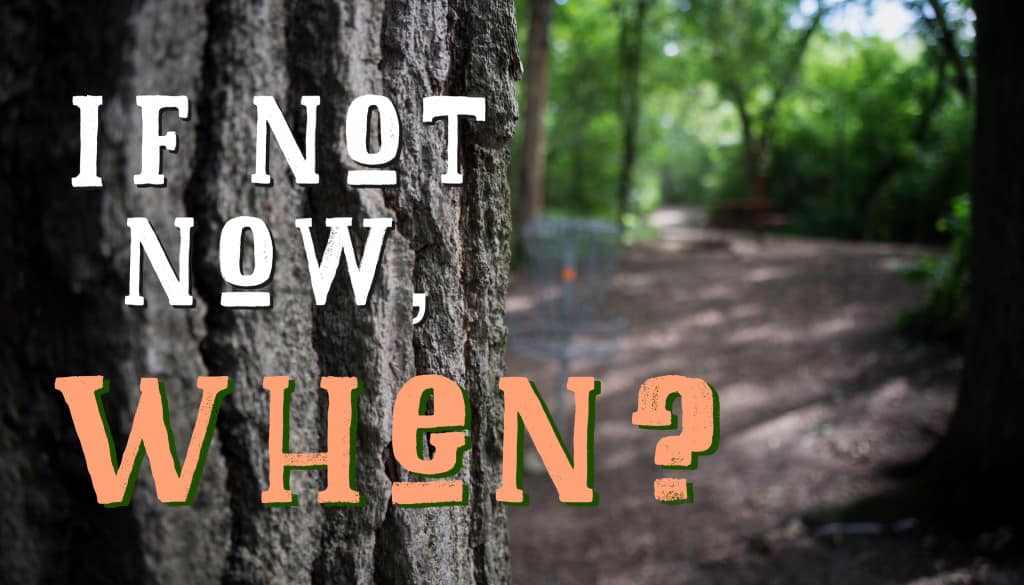 I get some of the best emails and comments from the people that follow this blog. They share pictures, challenges, successes, and inspirational stories about their life and disc golf. I love getting those emails.

The other day I got one from someone who had started playing disc golf later in life. They said they needed to get out of the house and their local park had a disc golf course on it. He said that he thought to himself, “If not now, when?”.

If not now indeed. I’m not sure if I’d heard that before or if his story just really resonated with me, but I’ve found myself repeating that saying to myself over and over and over since he said it.

What are you waiting for?

I’m going to lighten up a little bit and put less pressure on myself out on the course.

I’m going to stop buying so many discs and really learn the ones I have.

I’m going to learn to throw a putter off the tee.

I’m going to stop making this list because I could literally go on forever!

All we have is now.

I have some advice for the ones you are putting off. Attach a date to them or just take them off your list. There’s not a calendar in the world that has “someday” on it. You don’t have to do everything now, it’s just not possible. But it’s also not possible to do things “someday”. Figure out what’s really important to you and get to work.

I didn’t get permission to share the person’s name who sent me this saying, but I’m sure they know who they are. To them I say thank you. To everyone who has taken the time to write or comment or share my work, I say thank you. Each and every one of you inspire me to do things now instead of putting them off. In that way, each and every one of you has made my life better. Now take this little 4 word saying and apply it to your life. Do things now.

You know what else you should do now? Subscribe to this blog! First, you won’t miss a single post. Second, you’ll get a weekly newsletter with stuff you won’t see anywhere else. Third, you’ll be automatically entered in every random draw type contest we run! You just can’t lose, so enter your email below now!