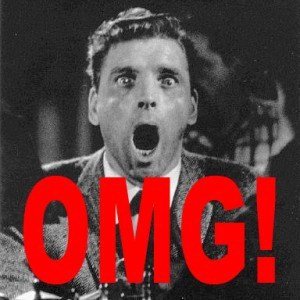 Two weeks ago, I played in my second to last tournament of the year.  It was a perfect fall day on one of my favorite disc golf courses.  Brown Deer, located just outside of Milwaukee, is one of the best courses I’ve played and I hadn’t played there in almost a year.  I will remember the Brown Deer Open as one of the highlights of this year’s tournament season.  In addition to being a great experience, I hit my first tournament ace that weekend (yes, I was in the ace fund and it paid out $112!!!).  Overall, it was an awesome day and I’m going to miss tournament golf until it starts up again next year. 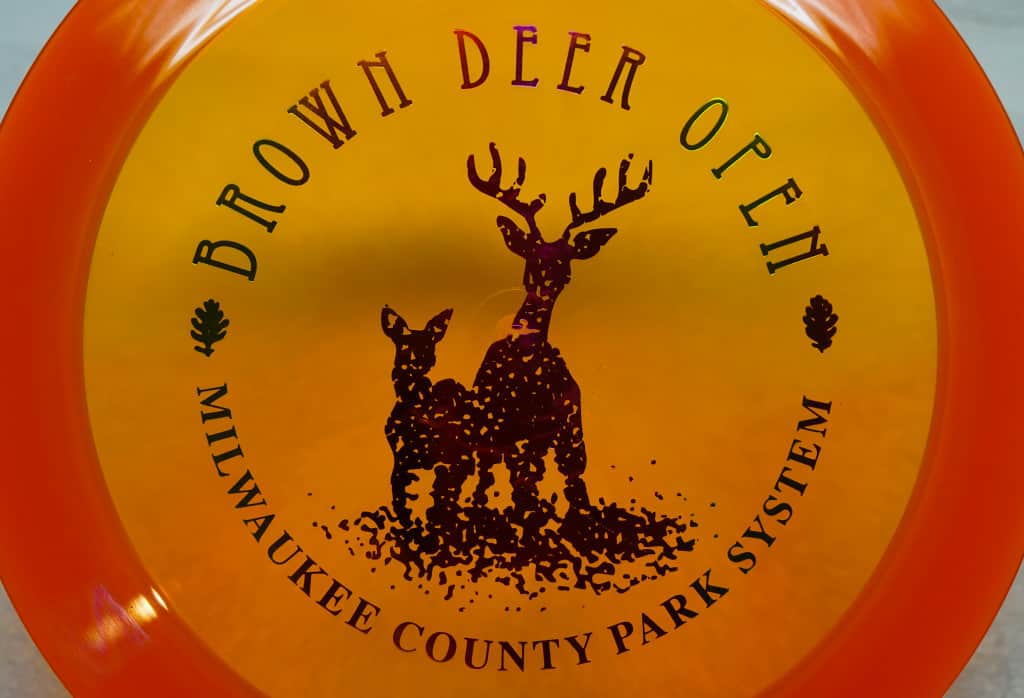 Picked up this sweet VIP World in the player’s pack too!

Other than tourney play, I didn’t really do any traveling for disc golf this year.  When your local park district hires Chuck Kennedy to redesign your home course and turn it into a 36 hole championship level mecca of disc golf, you tend not to stray too far.  I love my new home course and I’m out there every chance I get.  Playing in tournaments is what got me out on different courses this year.  Playing in tournaments is what got me out playing with new and different people.

Always playing at the same course, at the same time, on the same days means that I end up playing with the same people all the time.  Don’t get me wrong, the guys I play with are my disc golf family.  I’ve had some great times with the locals at Squaw Creek, and I’m sure to have a lot more.  But we all have a pretty set style of play.  There’s not a lot of variety in the skills of the people I regularly play with.  That highlights another thing I love about playing in tournaments.  You get to play with people who approach the game differently. 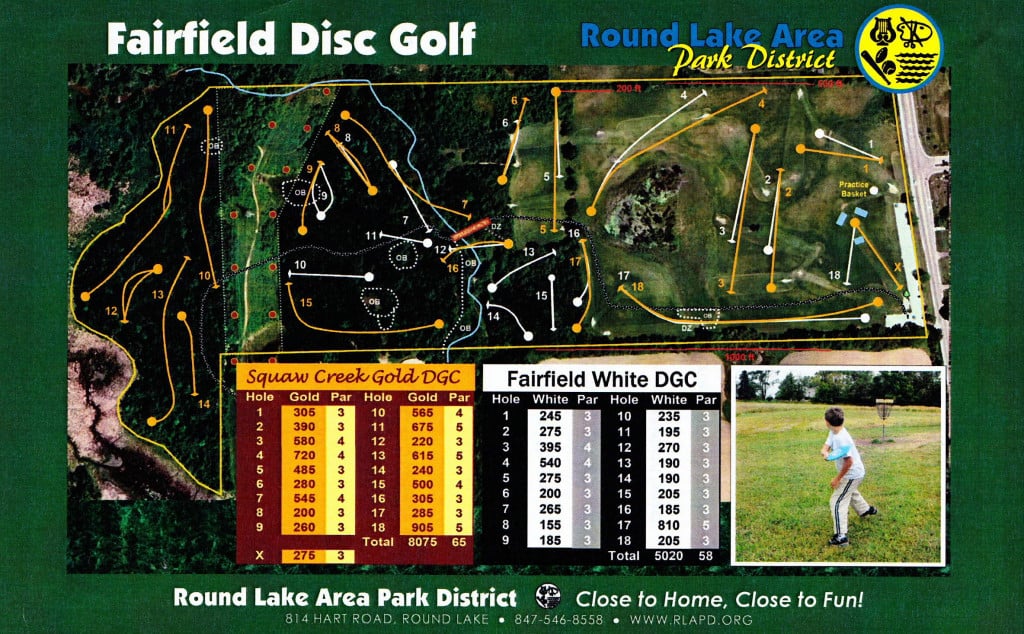 With this 5 minutes from my house, I have very little reason to go anywhere else!

That’s how it was in Brown Deer.  There were quite a few holes where each of the 4 people in our group threw a completely different shot off the tee.  It was crazy to me that I would step up to a hole and see a hyzer flip to turnover shot where the other 3 people would see an anny, a forehand, and a thumber.  This happened on more than one occassion.

The one that sticks out most in my mind is hole 18.  #18 is a special hole for me in the first place.  I wrote an entire post about it here.  It’s about 330′ ish long, a tight tunnel through the woods, gradual left turn at the end to a basket you can’t see from the tee.  It’s always been a stable to overstable midrange shot for me. 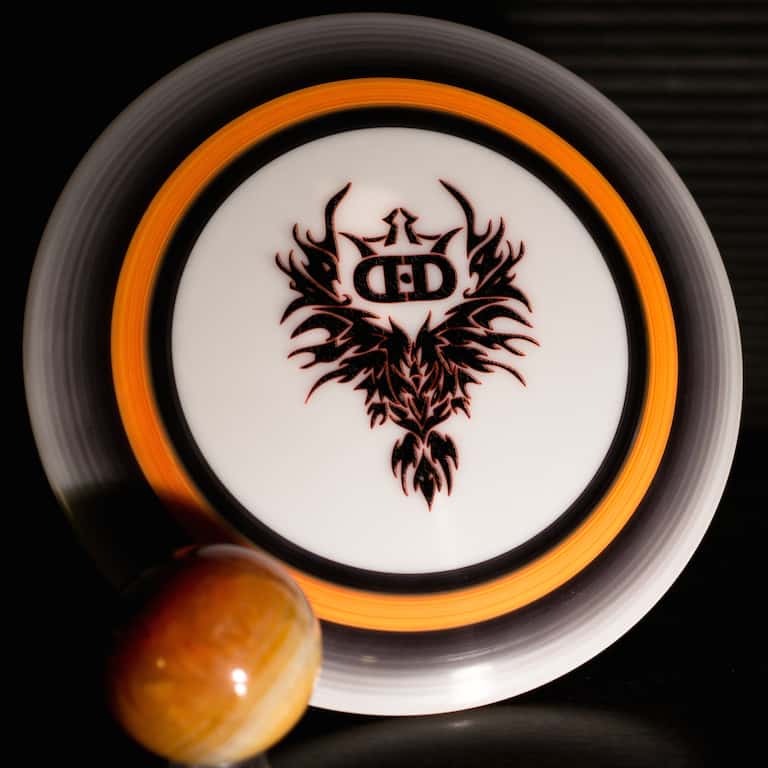 I usually throw a nice overstable mid like this hybrid Verdict on hole 18.

Now for some of you who have thrown or seen someone proficient throw this shot, this might not be all that earth shattering.  For us it was.  I’ve never had the opportunity to play with someone who threw that shot for anything other than a get out of trouble utility throw.  I certainly never saw someone throw it off the tee.

Before he teed off, I was trying to figure out how this guy was going to get a tomahawk to get down this tight tunnel and end up anywhere near the basket.  He was holding the disc and taking a couple of practice swings just like someone throwing a tomahawk would do.  I was really not sure what the heck he was doing.  Then he launched the disc.

He set it down at a slight angle about 30 feet in front of us.  It took off rolling perfectly in the center of the tunnel and just kept going straight.  As it bounced and rolled down the tunnel we all watched in stunned silence.  As it neared the bend in the tunnel, it had slowed enough to start turning left.  It took off around the corner, following the fairway the entire way, and disappeared headed in the direction of the basket.  All of us said some version of “holy shit!”.

When we got up to the basket, the disc was parked.  None of us was anywhere near as close as the forehand roller.  The guy who threw it casually remarked, “Did that last round too.  I’ve got that shot pretty much dialed in.”.  Really.  You don’t say.  One of the guys in our group simply responded, “must be nice.”. 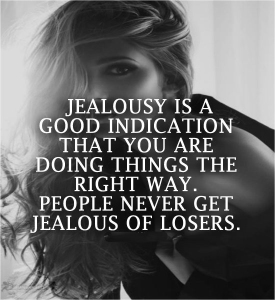 That got me to thinking.  It would be nice to be able to throw that forehand roller.  I should try it.  Not only that, but there’s a bunch of other shots it would be “nice” to have.  Why don’t I have those?  What aspects of my game are totally lacking because I’ve spent the last 10 years throwing the same shots with the same guys on the same courses?

About this time of year, I usually look back on my tournament season and try to figure out what I need to work on over the winter so that I perform better next year.  Of course, for me, putting always tops that list.  But this year, I really want to add some variety to my game too.  Thinking back across the time I’ve spent playing this awesome sport, what shots have I said “must be nice” to?  After some reflection, I came up with a list to attack this off season.  Next year, I want to go into tournament season and be able to pull out the following shots:

If I can go into next year with those shots in my arsenal, I’ll be a much more well rounded disc golfer.  I’ll play with more confidence.  I’ll be more competitive.  And I’ll be able to make people say, “must be nice”.

[tweetthis]Winter is the ideal time to work on the holes in your #discgolf game.[/tweetthis]

I’m really looking forward to this off season.  It will be a nice break from my normal winters of just putting all the time since that’s the bulk of what I usually try to work on.  It will be a lot of fun to be able to throw some new shots.  I love to learn new things.  I enjoy making people say, “must be nice”.

So what about you?  What shots would you like to add to your arsenal in the off season this year?  Instead of wishing you had a certain shot, what shot will you finally go out and learn?  How will you become a better disc golfer this winter?