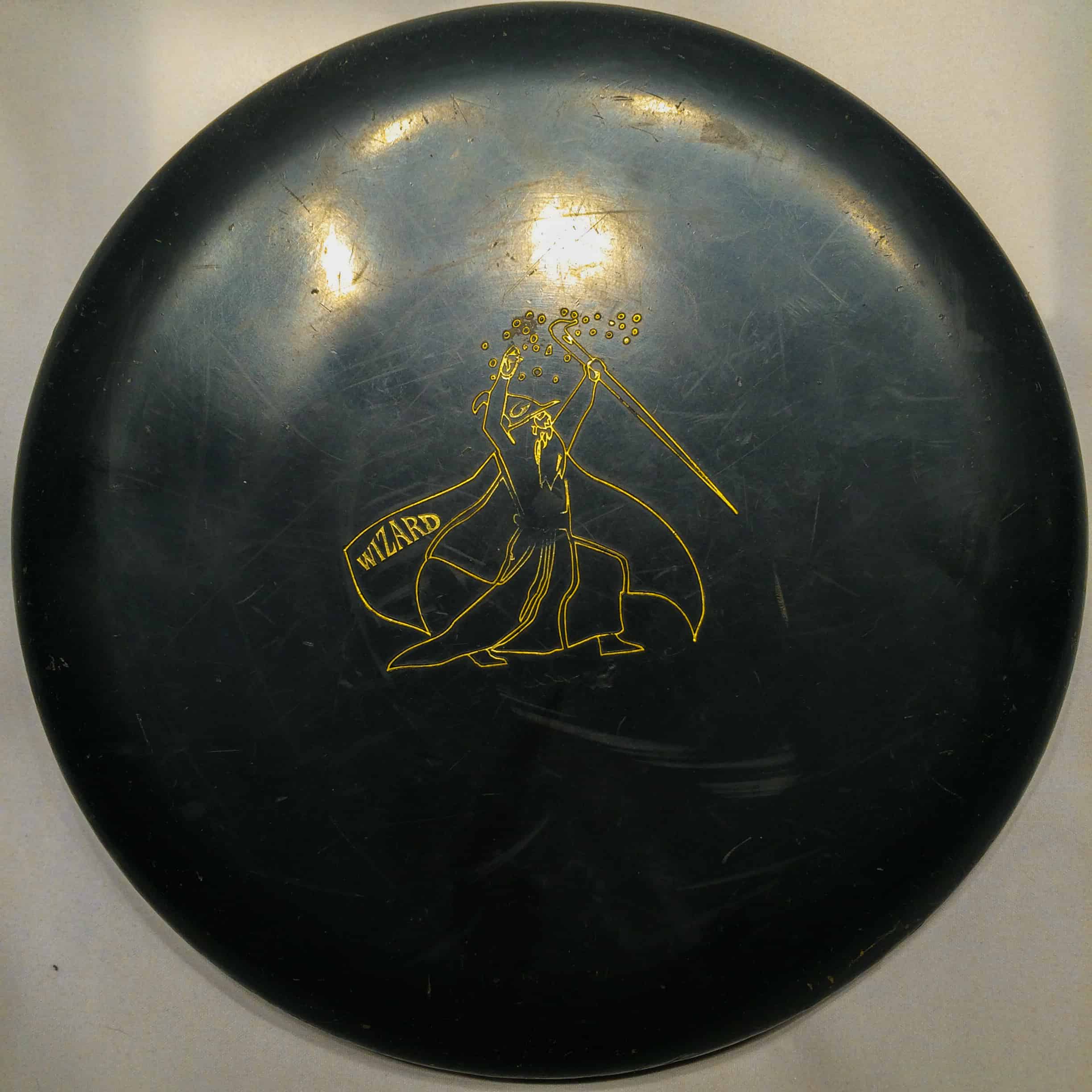 July 2006.  Rockford, IL.  Temps in the mid 90’s.  Not a cloud in the sky.  So humid that ducks and geese were swimming through the air instead of flying.  It was miserably hot.  That year, the heat wave was making news across the country.  Here in NE Illinois, there were stories of people dying from the heat on the news every night. 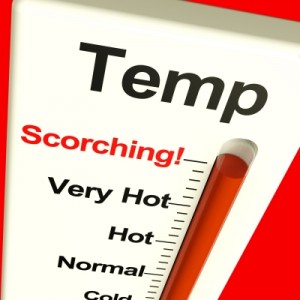 Most sane people stayed inside that particular weekend.  Disc golfers apparently aren’t always sane, though.  What were we doing?  226 of us were playing in a tournament.  Even if there wasn’t a tourney that weekend, most of us, I’m sure, still would have been playing.  It takes a lot to keep a dedicated disc golfer off the course.

I honestly don’t remember how I played that weekend.  I just remember two things.  The first is the heat.  I remember barely being able to walk up the final fairway during the second round.  My clothes and entire bag were soaked with sweat.  My legs barely worked.  I didn’t think I’d ever cool off.  Coming up that last stretch, I remember being so happy it was almost over.

After the last putt was made, we moved to the shade to tally our scores.  I knew I wasn’t winning anything, so once I initialed the card, I made straight for my car and the almost 2 hour drive home.  Even with the AC blasting all the way home, I was hot and beat and ready for sleep.  It wasn’t until the next day that I unpacked the car.  That’s the second thing I remember from that tournament.

I saw it immediately.  I was missing my prized red Wizard.  I felt my stomach drop.  I knew exactly where that disc was.  In a fit of heat induced delirium, I left it in the 18th basket.  I was so hot and exhausted and ready to be done with the round that I just left it there. I couldn’t believe I’d been so stupid.  How in the world do you leave your putter in the basket and walk away?!?! 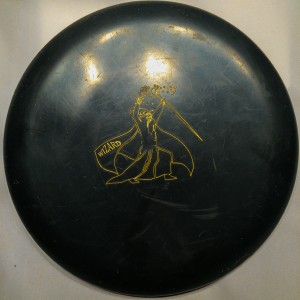 Not only did I not lose the black Wizard, I got an ace with it later that year! It now hangs on my wall.

At that time, I carried two Wizards.  One red and one black.  Both were this incredibly perfect chalky plastic.  They were sent to me by Gotta Go Gotta Throw after talking to them on the phone and telling them that, as a newb, I was having a hard time finding a putter I liked.  They said to trust them, they had just the thing.  I played with those two putters and only those two putters for the first 3 years I played.

Wizards only get better with age, and mine had aged to perfection.  Here I was, staring at my bag, and all I could see was the giant gaping hole where that red Wizard should have been.  The black one looked so lonely.  Even though my name and number were on the missing putter, I never got a call.  I’m not surprised, people suck sometimes.

After I beat myself up pretty good for a week and jumped every time my phone rang, I launched my quest to find a replacement.  If you aren’t familiar with the Wizard, they come in about 7,464 different plastics.  It’s infuriating (and one of the reasons I no longer throw Gateway putters).  I must have bought every “chalky” wizard I could find on line.  I called every disc golf store listed and described what I was looking for.  I called the Gateway store in St. Louis and bought a box of a bunch of different “chalky” wizards they had.  It wasn’t a small box either.  You wouldn’t believe how many different kinds of “chalky” they had.

None of them could replace the one I had lost.  I was devastated.

Why?  It’s because I was trying to replace a relationship, not a disc.  Looking back, I’d bet that any number of those replacement Wizards would have flown just like the one I lost had I just spent some time with them.  But none of those new discs had the energy that red one did. None had the connection.  None had the memories.  None felt the same in my hand.  I went back to beating myself up. 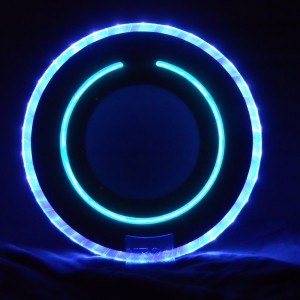 There Is Only One Disc.

Occasionally you hear disc golfers talk about being one with a disc.  Those first two Wizards were the first time I had experienced that.

It’s not just the memories and vibe you have with a disc that make that relationship.  That relationship is also what has determined the flight of that disc.  You have an intimate knowledge of how that disc flies.  You’ve tried throwing every line and every type of shot with it.  You’ve been right by its side every moment of it being broken in.  You know how it likes to be thrown.  You know exactly what it does in every type of wind.  You’ve cringed with every tree hit.  You reveled in every perfect flight.  You know that disc like no other in your bag.  You’ve laughed together and loved together and, well OK that’s going a little far.  But I’ll bet a lot of you know exactly what I’m talking about.

I spend a lot of time on disc golf forums and disc golf FaceBook groups.  One of the most common questions asked goes something like this…

“The lake just ate my 18x limited run flat top opaque pearl gummy signed retooled high plh tournament stamped 1/250  (insert disc name here) that was molded on the southern side of the Andes in a mold crafted by a blind sword maker and transported directly to me by a 3 legged virgin llama named Steve.  I loved that disc, I’ve tried everything and can’t find a replacement, help!” 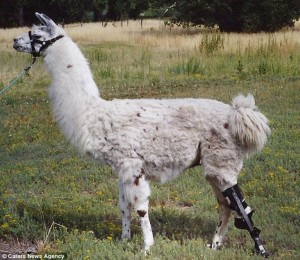 Honestly, that’s asking the wrong question.  People who ask this question are hoping against hope that they can find an identical disc laying in a dusty corner of  a disc golf store somewhere.  They’ve had that disc for a while and they can’t bear the thought of playing without it.  Not without that mold, but without that exact disc.  Sorry, that exact disc is gone.  Forever.  No disc will ever be just like that one you had. 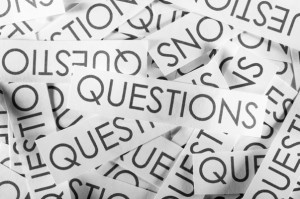 Does that mean you are out of luck if you lose that special disc?  No, it does not.  I’ve always believed that if you want better answers, you have to ask better questions.  The better question in this case is…

There’s a metric crap ton of discs on the market these days.  I can guarantee that no matter what lines you threw that old disc on, there are at least a few discs out there that will fly the same lines just as well.  They might not have the same rim width, same dome, same weight, same plastic, or even be made by the same company.  But they will fly the same lines.

This question also makes it easier for people to help you.  No one else knows what that special disc did for you except you.  Just naming the mold and edition doesn’t help anyone help you.  Telling people the flight path you need along with just a little bit about how you throw allows anyone to help you, and do it pretty accurately.

I know that many of us have convinced ourselves that a certain disc is not replaceable.  I’ve been there quite a few times.  Why do we feel this way?  There’s a psychological explanation.  We are going through the first of the 7 stages of dealing with loss:  Denial.  We’ve just lost a cherished friend.  It’s natural.  We all do it. 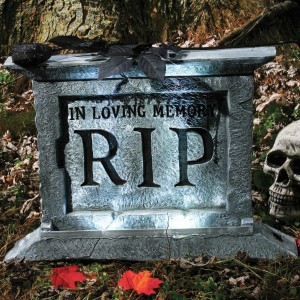 You will eventually get to the 7th stage of dealing with loss:  Acceptance.  First you’ll have to come to grips with the fact that one of your children is gone.  You will have a new child in your hands soon.  It won’t be the exact same, no two are ever alike.  You are about to build a beautiful new relationship with a beautiful new disc.  Hopefully, its flight path is what you were looking for.  What the relationship will be, though, is an unknown adventure waiting to unfold.

Next time you lose one of those cherished discs, remember that it’s OK to mourn your loss.  It’s OK to wish it hadn’t happened.  It’s natural to be a bit sad.  Just don’t spend a ton of time trying to find the exact same thing as a replacement.  Be open minded to the myriad options that are available to disc golfers these days.  Gone are the days when there were only a handful of disc molds available.  Figure out what you need in a replacement, grab a new disc, and get out on the course and play.  It’s not until you’ve spent a good amount of time with that new disc that you’ll realize you don’t really miss that old disc as much as you thought you would.

I’ll admit it, I still miss that red Wizard a bit.  The black one is now hanging on my wall and I can’t help but think about it’s partner every time I look at it.  But you know what?  Even if that red Wizard showed up at my doorstep tomorrow, it wouldn’t go back in the bag.  I’ve moved on and so has my game.  We are both better off for having done so.  RIP red Wizard, I hope you found a good home.