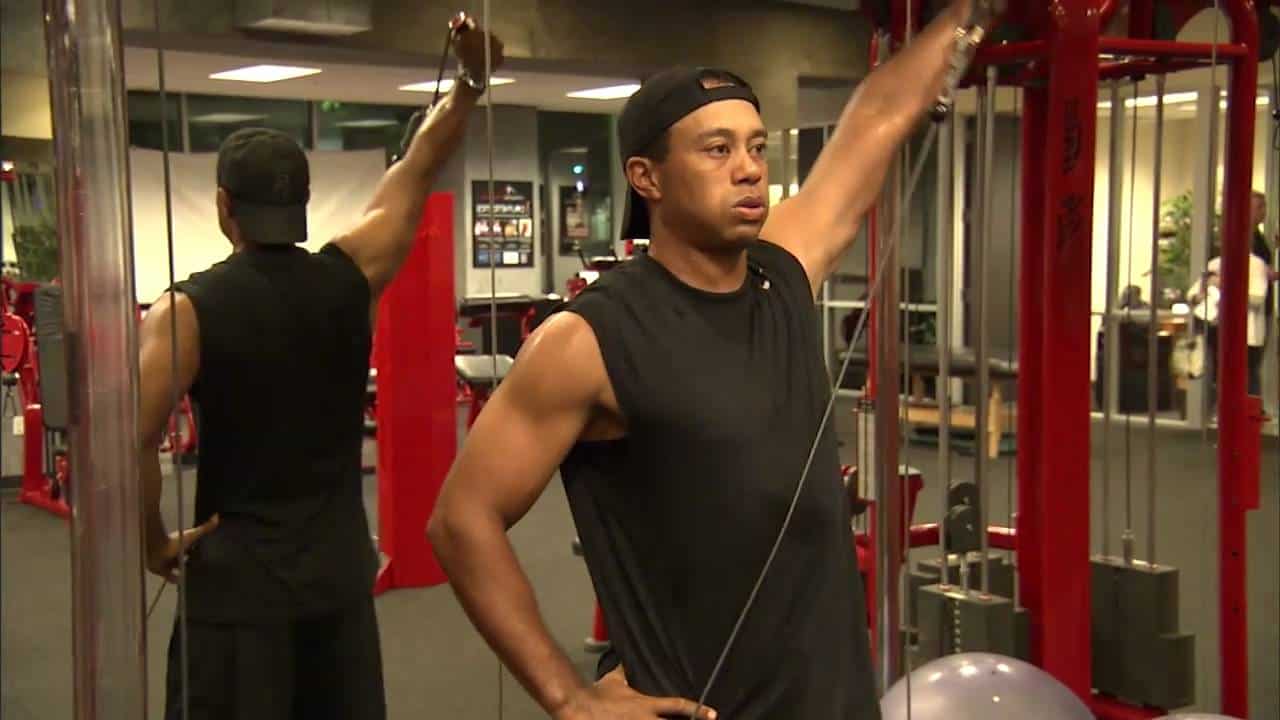 One of the podcasts I listen to on my one hour commute each day is the Disc Golf Answer Man.  I enjoy the guys that host, and I always appreciate the contrast in perspectives between “Cool Daddy Slick Breeze”, disc golf media pro, and Eric McCabe, 2010 World Champion.  EMac has been a touring pro for years and really knows  his stuff.  I love listening to them answer disc golf questions.

I rarely disagree with Mr. McCabe, but he’s said something a couple of times now that just doesn’t sit will with me.  Every so often, people will write in and ask what kind of training would be appropriate for disc golf.  Every time they get this question, Eric’s answer is the same.  “I think muscles get in the way in disc golf.  I’d just say stretching.  Lots and lots of stretching.  Maybe some yoga.” 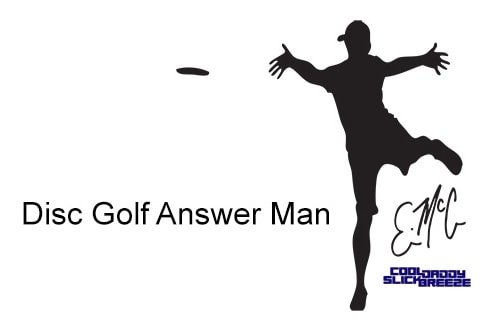 While stretching is important, critical even, muscles do NOT get in the way in disc golf.  Sorry, Eric, love ya but you are wrong on this one.  Yeah, if you are only going to do one thing when training for disc golf, stretching is absolutely the correct answer.  But that’s not what these people are asking.  They are asking how to train, in the gym, for the sport they love.  Telling them that training for strength would “get in the way” of their game is doing them a disservice.

[tweet “Strength and conditioning is beneficial in ALL sports, including disc golf.”]

Think about baseball.  Before the mid 80’s, baseball players didn’t really train for strength on the whole.  Most of them didn’t think it was important.  They just focused on flexibility and stretching.  The common thinking was that strength training wasn’t helpful in baseball.  Enter the mid to late 80’s and the reprehensible juicing scandals that occurred. 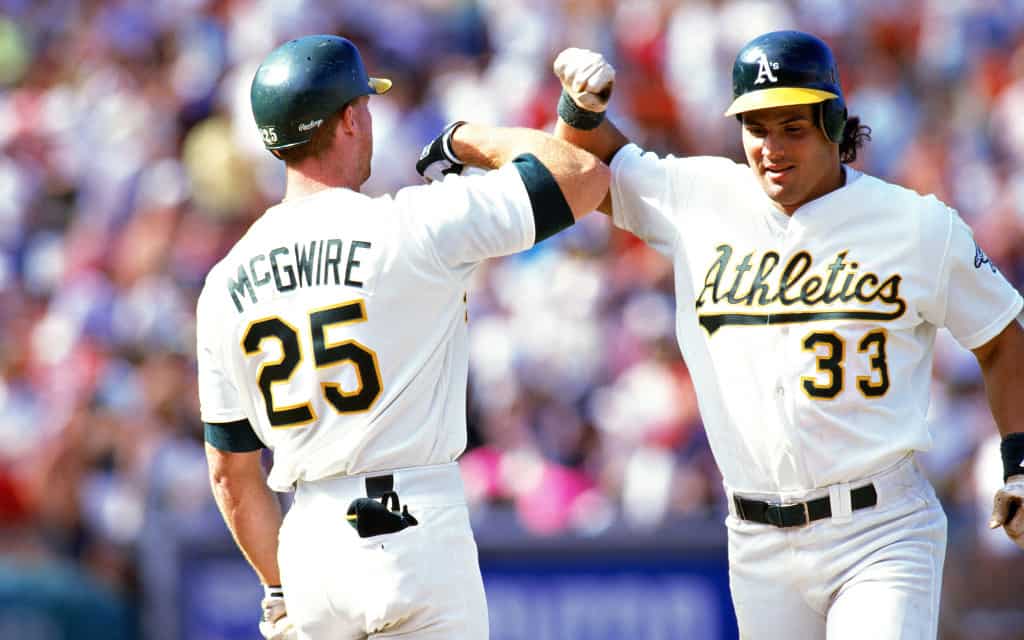 Whether or not you agree with their methods, McGwire and Canseco are perfect examples of strength translating to performance.

Whichever side of the steroid debate you sit on, no one can deny that the increase in strength that happened at this time came with a drastic increase in performance. There were more home runs, more stolen bases, faster pitches, and a much higher level of performance all around due to an increase in strength.  All this in a sport that for many years was dominated by out of shape sloths.

Now look at ball golf.  Almost no one could have been considered the picture of health as little as 2 decades ago.  Then along came Tiger.  Tiger got big, Tiger got strong, Tiger won.  A lot.  Look at Phil Mickelson.  Traditionally the Pillsbury dough boy body type, Phil is now in great shape and did it with weights.  He’ll be the first to tell you that it has significantly improved his game. 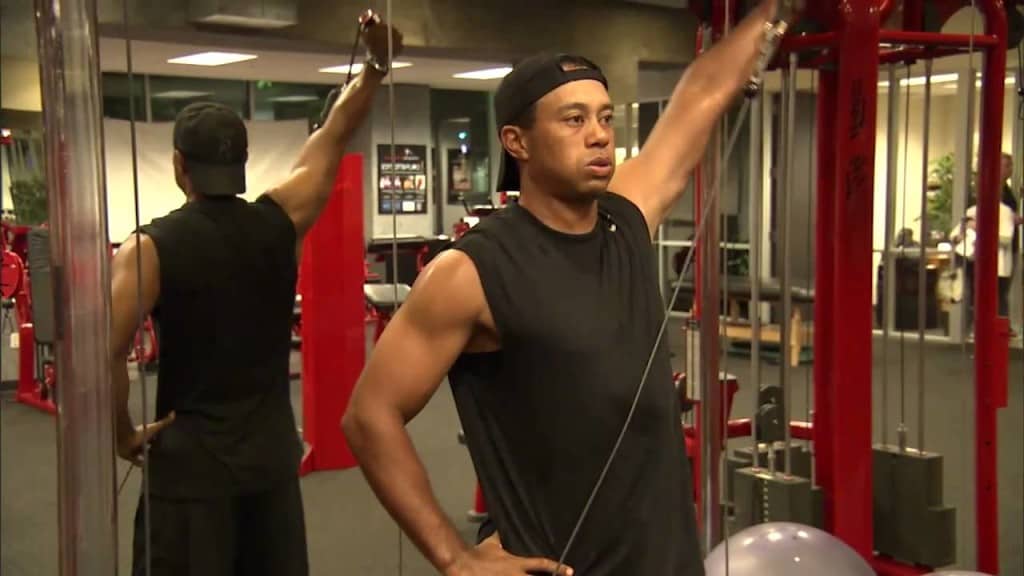 In fact, the PGA now has two fully outfitted fitness trailers that go to every stop on the tour.  It’s estimated that over 90% of the touring pros use these trailers.  Many multiple times a day.  Any golfer that wants to compete on today’s PGA tour has to integrate strength training and fitness into their daily routine.

Now, look at our sport.  The most public example of strength being beneficial is Avery Jenkins.  Long a proponent of training for disc golf in the gym, he even released a disc golf specific workout video on YouTube.  He is a great example of muscles absolutely not getting in the way.

There are quite a few examples of disc golfers who are starting to train for the sport they love.  Not only are they starting to hit the gym and lift, but they are watching their diet, paying attention to recovery and sleep, and taking supplements that specifically help their game.  Dave Feldberg is now sponsored by Onnit, my favorite and primary source of training supplements and equipment.

How about the now 3 time World Champ, Paul McBeth?  He follows the same training and eating regimen that Tiger Woods does.  (source).  Want to compete like Paul BcBeth?  You are going to have to train like him too.  Disc golf is a sport.  As our sport matures and grows, we will see more and more of this.  Top level athletic performance has a lot of components.  Naturally being able to throw a disc far is just one of them.  That skill alone will no longer carry people as far as it has in the past.  Training for disc golf will become as common as practicing putting. 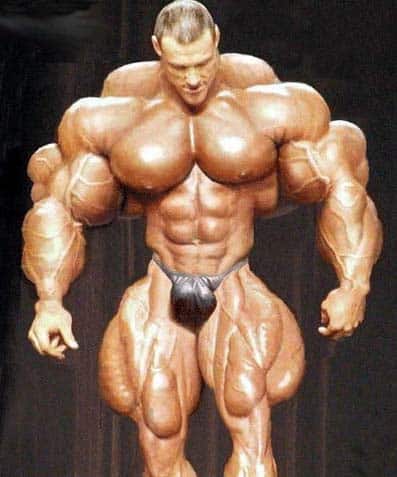 In fairness to Eric McCabe, I think he might have been thinking of the huge meatheads you see on the covers of body building magazines.  You know, the guys who have to turn sideways to get through a door.  Yeah, that would totally get in the way of disc golf.  It would get in the way of everything.  Those guys have no range of motion and would be terrible disc golfers.  The good news is that none of us normal human disc golfers will ever end up looking like that.  The amount of time spent lifting, eating, and sleeping to look like that precludes doing anything else, including playing disc golf.

This training has a lot of other benefits besides improving your disc golf game.  One of the most important is correcting muscle imbalances caused by playing disc golf in the first place.  I see so many disc golfers with back and joint issues.  Most of them are because the only exercise a lot of us get is disc golfing.  The problem is that when that is the case, we build a lopsided body.  That lopsided body, at some point, leads to significant health problems.  Bad backs are chief among them.  You can stretch all day every day and it won’t correct this very basic movement and alignment issue. 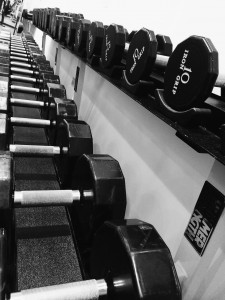 A while ago, I put up a post that listed the ten improvements that I saw in my disc golf game once I started strength training and lifting weights.  What I’ve realized since then, though, is that not everyone will regularly go to the gym (myself included).  Not everyone wants to go pointlessly push weight around.  Not everyone wants to be in a room full of sweaty grunting people mixed with not sweaty people who are there only to socialize and hook up.  Honestly, most gyms kind of suck. Not everyone has the time or money for a gym membership anyway.  Some of us just need to knock out some training and get on with life.  We do have disc golf to play, right?

It’s for that reason that I’ve put together a home gym.  The cool thing is that I did it with disc golf in mind.  There’s no bench, no barbell, no dumbbells, no traditional boring gear that would just end up collecting dust.  Everything in it is there because it will help my disc golf game.  Every workout I do is primarily to help me be better at the sport I love.  I’ve never been so dedicated as I am now. 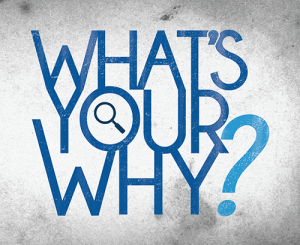 If you want to stick with a training program, you have to have a “why” that means something to you.  It has to come from deep within you.  It can’t be someone else’s why.  It can’t be someone else telling you that you need to get in shape.  It has to be a deep desire for something that is meaningful to you.  For me, that’s the sport I love, disc golf.

I’m gong to be spending quite a few posts going over how to build a home disc golf gym of your own.  I’ll also be going over what type of movements and exercises will help your game the most.  Subscribe to the blog (enter your email at the top or bottom of any page) now so you can follow along!

For now, if you don’t train, all I’d ask is that you wrap your head around the idea that training will help your game.  And it will help it a whole lot more than spending the same amount of time on FaceBook.  Sorry Mr. McCabe, muscles don’t get in the way in disc golf.  It’s the one piece of advice you’ve given so far that I just can’t take.  I do throw a Truth, though, that disc is the shiznit!