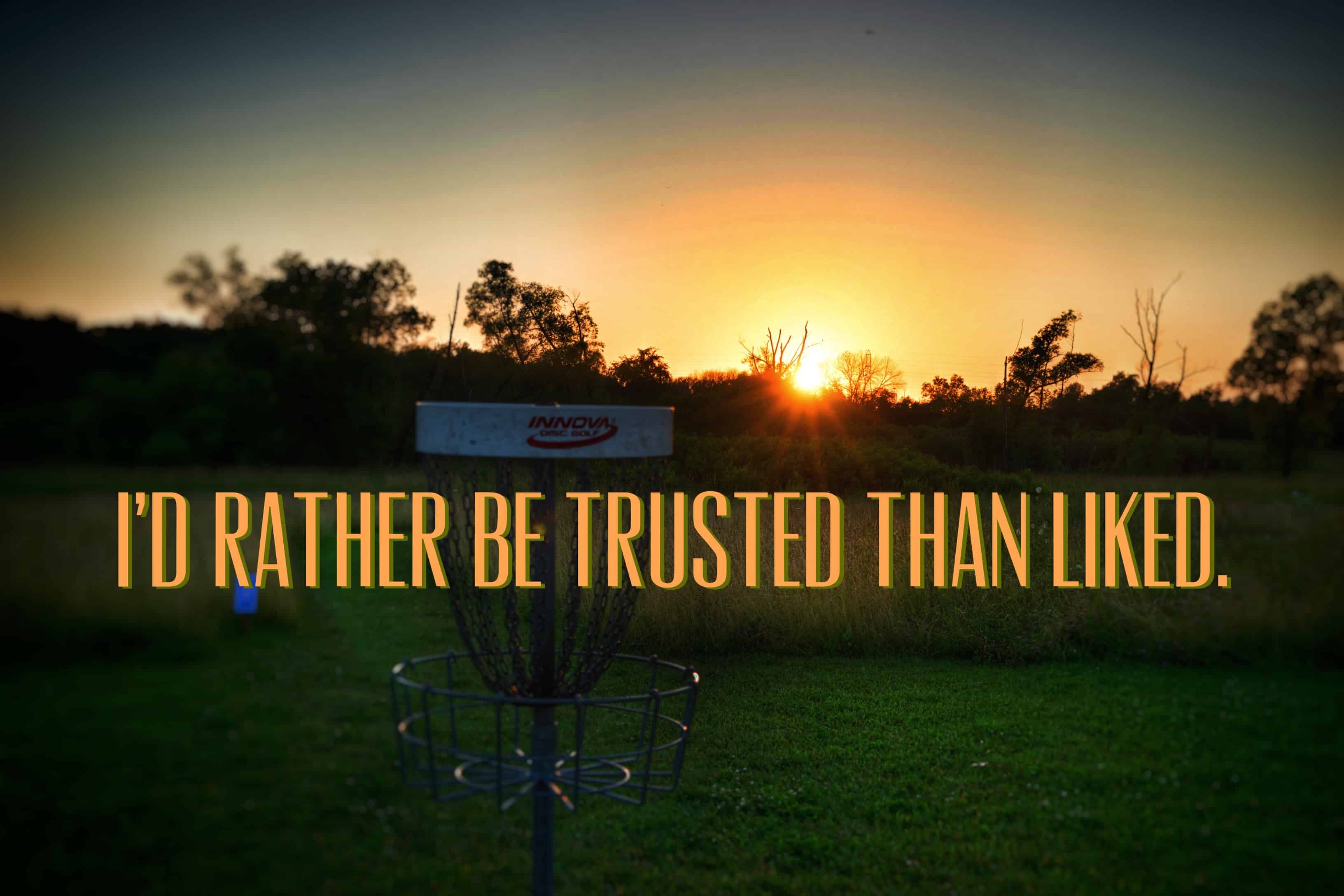 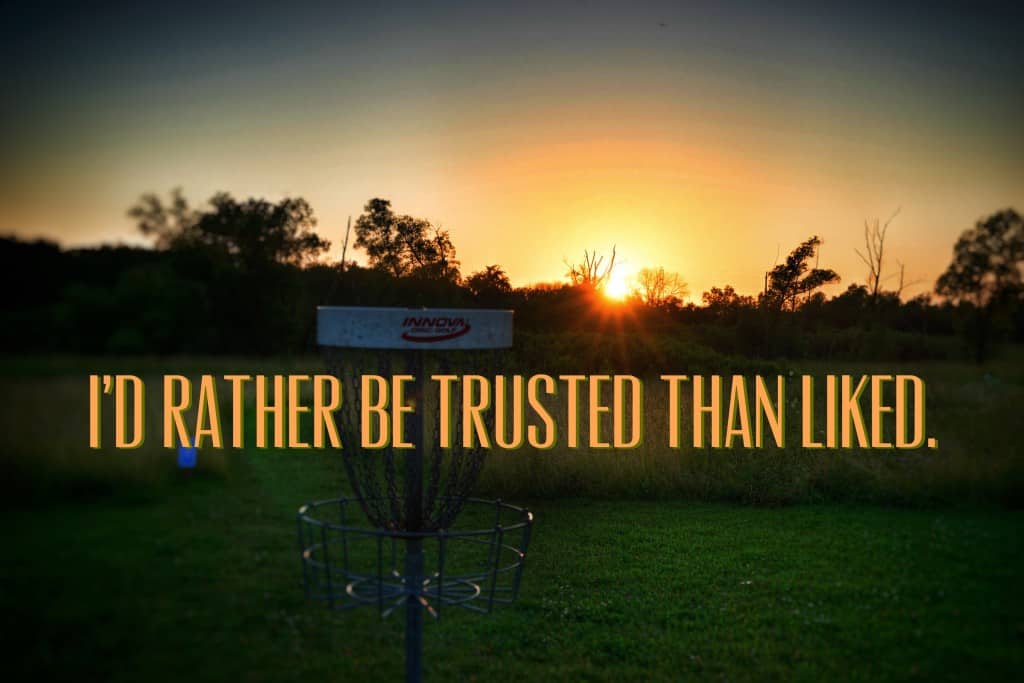 I was listening to a podcast on the way to work today and the point was made that there is a “trifecta” of interpersonal relationships. The goal should be to be liked, trusted, and respected. They then went on to talk about which of those was more important.

If you are a parent, you already know the answer. To be trusted. Parents choose all the time to make decisions that won’t leave them well liked, but are the right thing for the kids. When it comes down to it, the kids know that and that creates trust.

This is true in business too. It doesn’t matter how much someone likes or respects you. If they don’t trust you, they aren’t doing business with you.

What does this have to do with disc golf? A lot if you are playing in a tournament or other competitive format. It matters in two areas in particular…

Did you know there are PDGA rules that cover how to keep score?

In other words, even though I know you got an 8, I’m still going to call your name out and ask you to say it out loud. Loud enough for me to hear you. Then, I’m going to read it back once I have everyone’s score. It also means that if you are keeping score, I’m going to ask you to follow the same rule.

This bothers some people. It makes some people not like me. But you can be sure you can trust me when I’m keeping score. We won’t get to the end of the round and have any questions about a particular hole being wrong or scored incorrectly. And this brings us to the second area…

How many times have I had to call a rules violation? Almost never. But if I see it, I’m going to say something. Why? Because it’s critical that we all trust each other to do the same when we are out playing in a tournament or in leagues. So many times, the winner is determined by one throw. If the winner was in a group where foot faults were never called, that’s not fair to the guy who came in second and made sure not to foot fault in the first place.

And you bet that the couple of times I’ve called rules violations, that person was not my biggest fan. They didn’t like me at all. But hopefully, they trusted that I would do the same to others for the entire time we were competing.

In the end, I’d love to be trusted, respected, and liked. Ideally, that’s the goal. And it’s usually possible. But if I have to make a choice and be only one, I’m going for trusted every time.

Something else you can trust is that I’ll never sell or spam your email if you sign up for the newsletter below. Make sure you don’t miss a single piece of Mind Body Disc content and subscribe now!