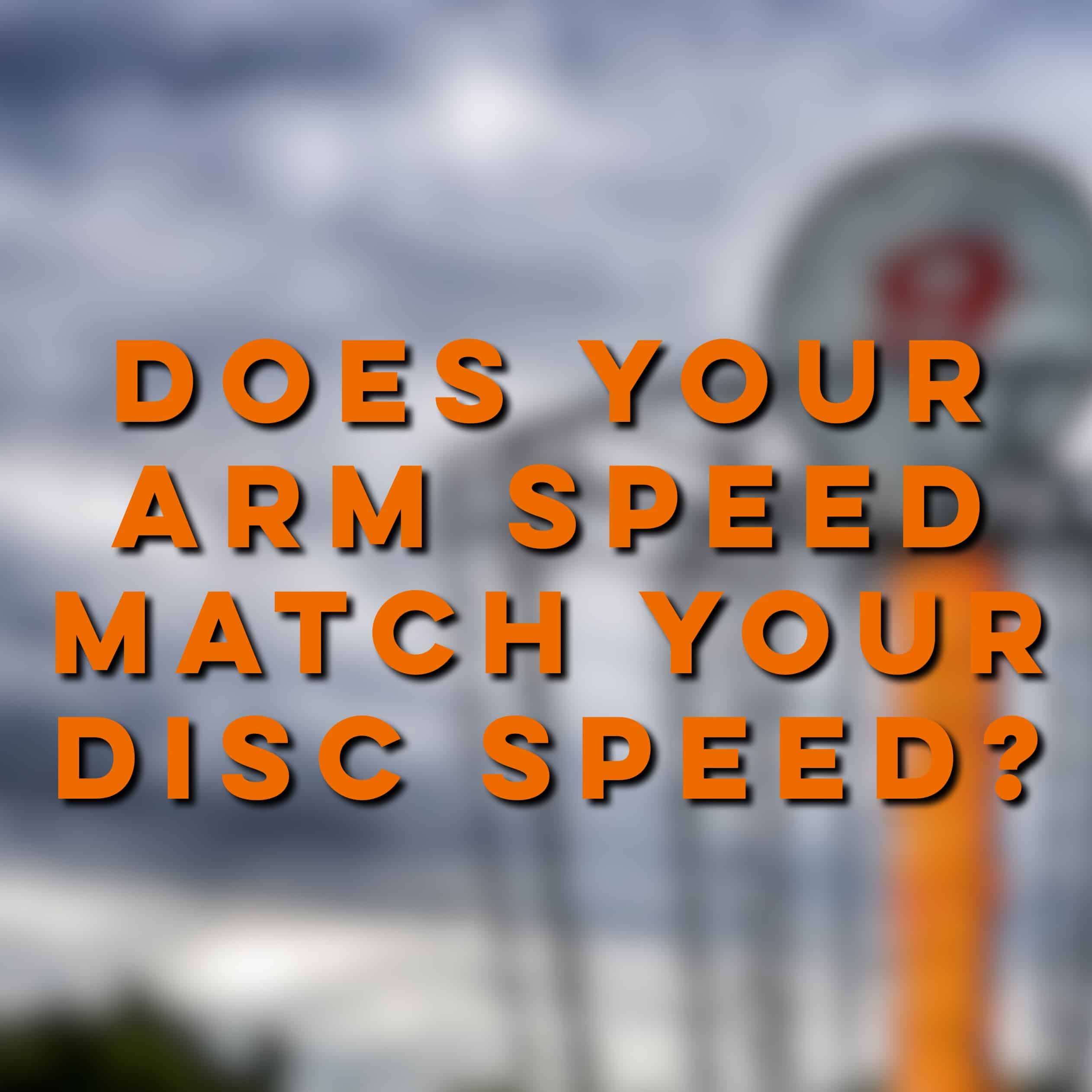 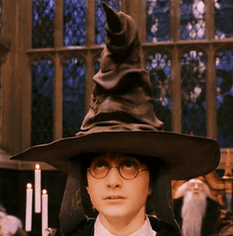 Why does Harry have the poo emoji on his head?

Flight numbers. Who, exactly, came up with these things? I feel like at the disc factories they have their own version of the sorting hat from Harry Potter. As they make each new disc, they hold it under the hat and the hat says… Speed 14, house Innova!!! Then all the other discs cheer and hijinx ensues.

OK, maybe I’m being a little harsh. I actually do have a pretty good grip on what they are “supposed” to mean. The problem is that the numbers are based on one particular speed and type of throw. If you don’t happen to throw that exact way, the disc won’t fly “by the numbers” for you. And you have exactly two chance of that happening… Slim and none.

This makes buying discs based on the flight numbers an almost useless practice. Sometimes you’ll buy a disc and it does what the numbers say it should. Many other times, it’s like the numbers on the disc are some kind of not so funny inside joke that the folks at the factory are laughing hysterically at.

So why is it that some discs you buy fly exactly like the numbers say they will and yet so many others don’t? The answer lies in large part with your arm speed. The first step in finding discs that work for you lies in figuring out the nexus between arm speed and disc speed. To do that, let’s begin by defining the speed rating of a disc.

What is Disc Speed

We’ll start by dispelling a myth. A speed 14 disc does NOT travel through the air faster than a speed 10 disc. You can only throw a disc however fast you can throw a disc. You don’t magically gain more arm speed because you picked up a Nuke instead of a TeeBird. Both will leave your hand at exactly the same speed if given identical throws.

So if “speed” doesn’t have anything to do with how fast a disc flies, what the heck does it have to do with? 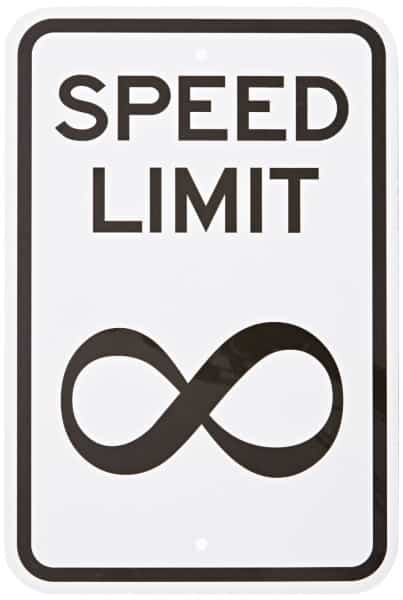 It’s only a matter of time before they release a disc with this speed rating.

Speed means two things, one much more important than the other. The less important is a measurement of drag. In other words, the higher the speed number, the more aerodynamic a disc is. That aerodynamic shape means it will maintain it’s speed longer due to less drag on the disc.

A blunt edged mid range with a bead like a Roc will slow down much faster than razor sharp Missilen. If a disc maintains its speed for a longer period of time, it “should” have a longer distance potential. The key word there is “should”. Whether it goes farther or not completely depends on the other much more important thing the speed rating means.

There is one critical thing you should know about a disc’s speed rating. It’s a measure of how fast you need to throw the disc to make the other flight numbers come true. In other words, the glide, turn, and fade ratings on a disc are only accurate when the disc is thrown at or above its speed rating.

This is what answers our earlier question… Why do some discs fly like they’re supposed to and most others don’t? It’s because a lot of the discs out there don’t match your arm speed. If you have the previous mentioned speed 11 arm, you should be able to make all discs speed 11 and down fly as they’re designed to. You may have to power down on the lower speed discs, but you should be able to make them work. Put a speed 12 or higher in your hands and that’s where they will stop doing what they are “supposed” to do.

OK, so it took almost 700 words to get here, but we are finally at the point of this article. The magic question that, if answered, will unlock the world of disc numbers for you…. 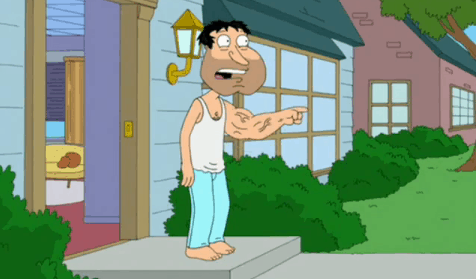 Quagmire’s been workin’ on his throwin’ arm. Looks like he’s got about a speed 15 there.

Unfortunately you can’t go to your doctor and have an arm speed test done. There is no radar gun used to measure arm speed on a scale of 5 to 15. You can’t ask one of your buddies, “Hey, Frank, check out my disc throwin’ arm. It’s like a speed 13, right?”

Fortunately there is a simple solution.

We need to reverse engineer our arm speed based on what the discs we throw do when we throw them.

Here’s how you do it in 6 simple steps.

Hopefully you are a picking up what we are putting down… When the disc stops doing what the numbers say it should, you might be punching above your weight. There are, however, some caveats to this rather simplistic approach… 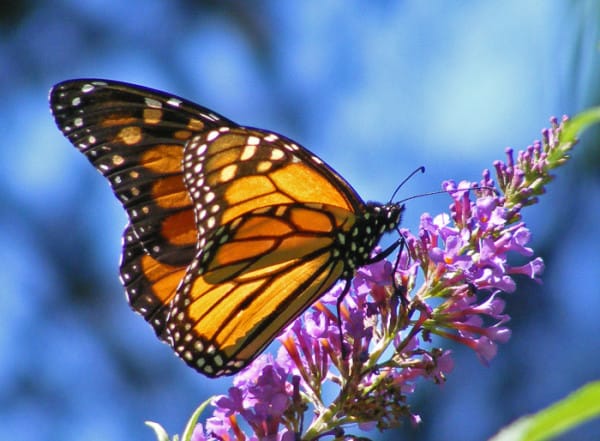 If your disc flutters through the air like this butterfly, you should probably work on form before disc speed.

First, you have to be able to throw discs cleanly for this to work. If you can’t go out to a field and drive stable putters over 200-250 feet without flutter, you first need to work on your form.

The reason for this is that poor form will always make a disc fly differently than its numbers. Issues with nose angle, release angle, wrist roll, and countless other problems can wreak havoc on a disc’s flight. If you can’t throw with proper form, this arm speed test will be lost on you.

Second, your arm speed will fluctuate over time. It can even vary day to day. One day you could be poking along with a speed 8 arm and the next day everything clicks and you are throwing at speed 12. Knowing what discs are working for you on a given day is a huge competitive advantage.

Third, I want to make sure no one reads this article and comes away thinking they shouldn’t ever throw discs above their arm speed. That is not the case at all. 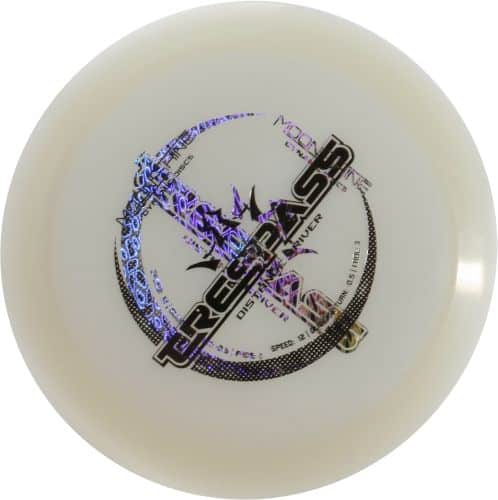 The speed 12 Trespass is my jam!

But sometimes I need an overstable disc! My distance driver of choice into the wind is the WestSide World. For many faster arm speed players, the World is not a good choice into a headwind. For me, it is.

In the end, I firmly believe that disc golf disc flight numbers should only be used as the loosest of guidelines. Knowing what discs match your arm speed is one of the rare ocassions where the numbers might be helpful.

The real lesson to be learned from flight numbers is that you should just get out and throw as many different discs as you can. What works for you is what you throw, what doesn’t is what you pass on. After that, it doesn’t really matter what the numbers say anyway.

You know what works regardless of your arm speed? Subscribing to this blog! From noodle arm to He Man Beastmaster and all arm speeds in between, you can all enjoy the regular stuff we post here at Mind Body Disc!