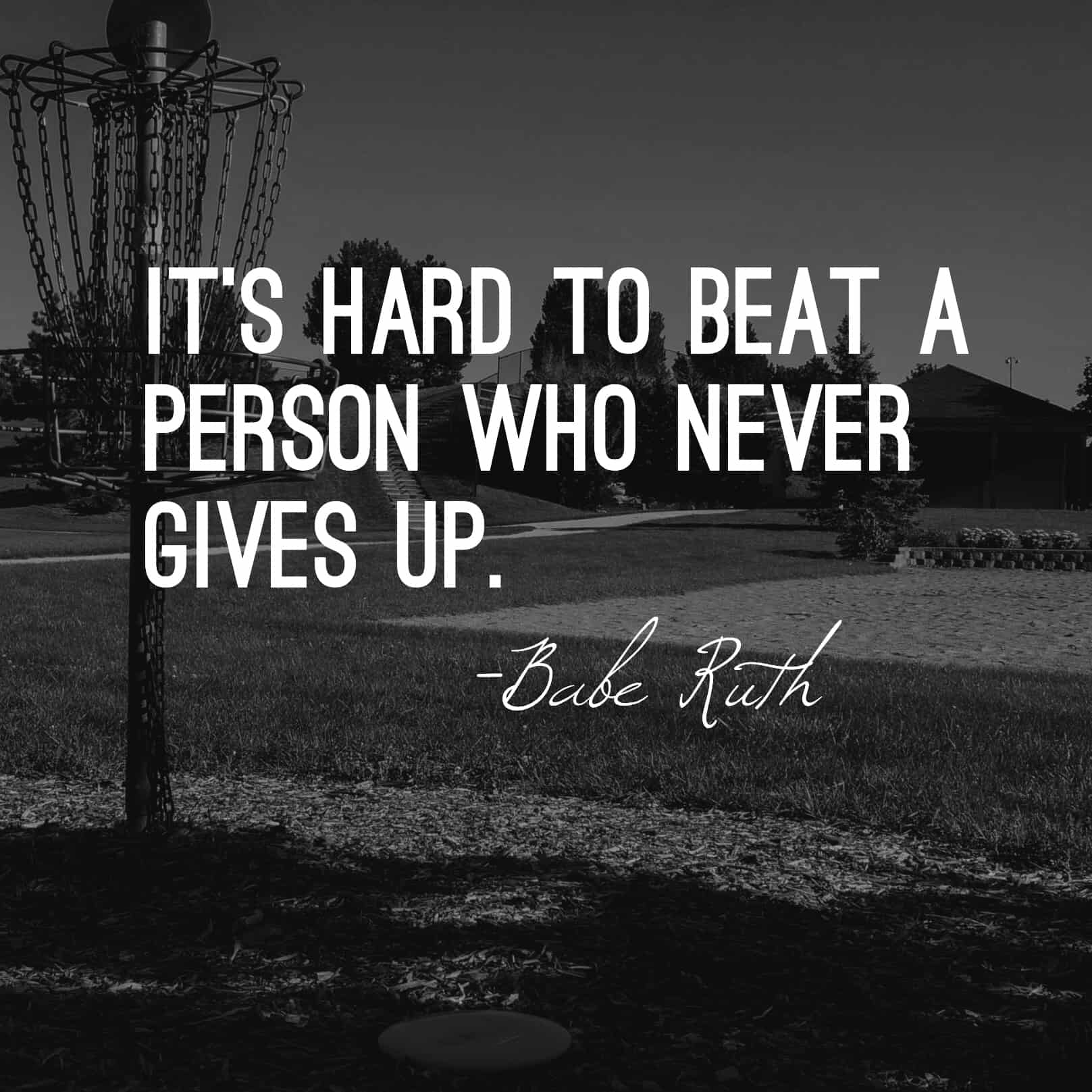 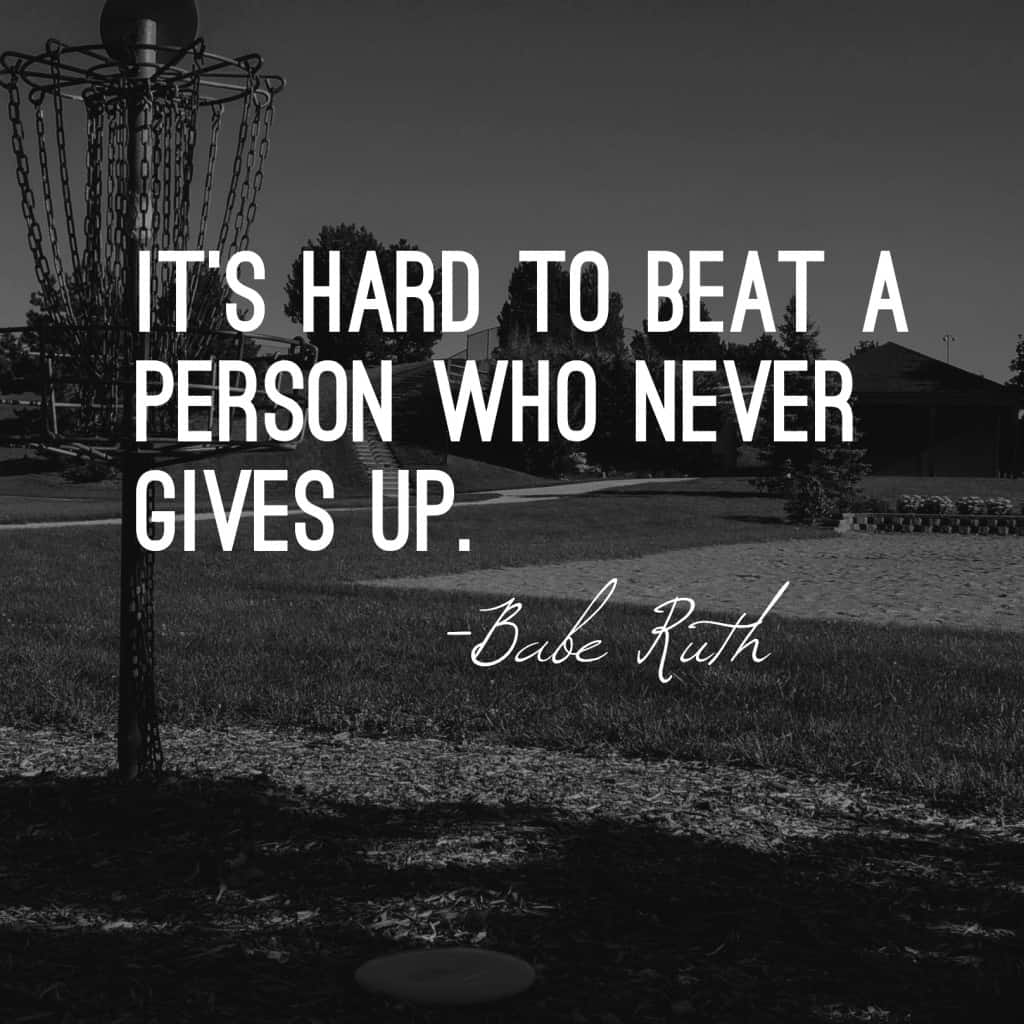 Have you ever played a round against someone who just would not go away?  That person you know you can never count out until the last disc has been thrown?  The person who scraps and scrapes and claws and fights the entire time?  Just knowing you are playing against someone like that can often put you at a disadvantage.

It kills me when I see people look at the score cards between round 1 and round 2 of a tournament and decide to give up.  “I’m 8 strokes back, I’ll never catch up”,  “That guys a bagger, I can’t win today”, and a myriad of other excuses burst forth from their quitter’s mouth.   The one you have to watch out for is the one who looks at those scores, sees they are 8 back, and starts figuring out how they are going to pick up 9.

So what’s the lesson there?  Be the person who doesn’t quit.  Be that fighter that never gives up.  Play disc golf and approach life like Rocky.  It doesn’t matter how many times life punches you in the face, keep getting back up.  Just the getting up part puts the fear of God into most people.  It leaves them scratching their heads and wondering how you can still be coming at them.

For me, I’m not planning on quitting writing posts on this blog any time soon.  Subscribe so you can get everything that’s posted every week.  It’s what all the cool kids are doing, what are you waiting for?