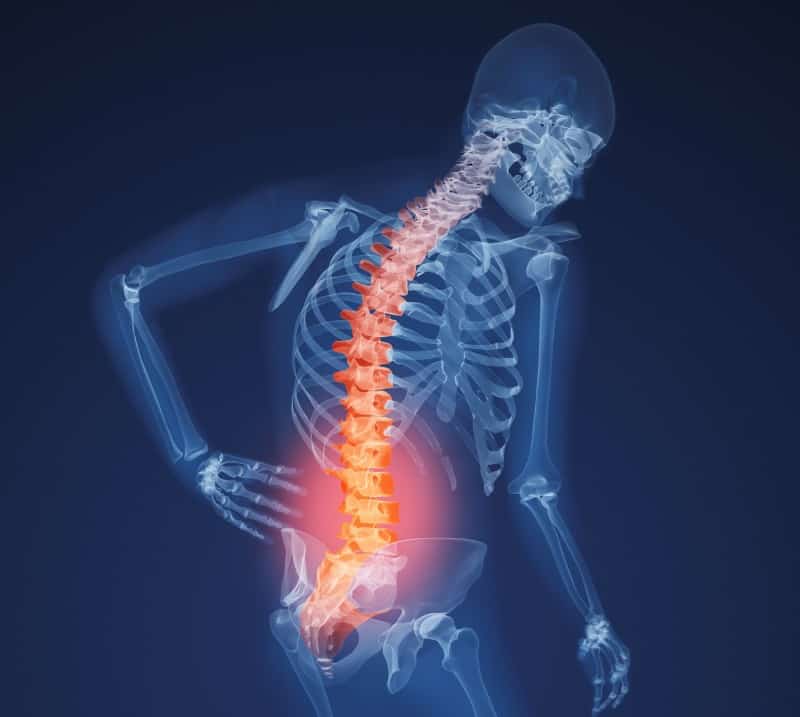 Well, it’s that time of year again. No, I don’t mean summer. No, I don’t mean tournament season. I mean it’s time for me to be sidelined with an injury. Just call me the Derek Rose of disc golf. I seem to get injured to the point of not being able to play at least once a year. A lot of other people do too, it seems. So this week instead of a playing tip, I thought I’d share a tip that could keep you playing longer instead.

When I get injured, it’s almost always my lower back. The sad thing is that I know it’s coming and what causes it, but I play anyway when I know I shouldn’t.  It took two solid years to rehab from 4 bulged discs in my back. That was two years of intense pain and no disc golf. I’m intimately familiar with my back, how it works, how it breaks, and how to fix it. The problem is that I’m stubborn. I really need to fix that problem right along with my back.

As I talk to other people I play with, it seems like I’m not alone. This is about the time of year when folks have been playing so much that over use injuries start to crop up. Injuries due to poor form rear their ugly heads. The sale of knee and elbow braces to disc golfers skyrockets. Shoulders pop. Ankles creak. It’s time for those dreaded mid season injuries.

What is a disc golfer to do? It’s 75 degrees and perfect outside. All your friends are headed to the course to play. You think that you could probably gimp your way through a round, so a hand full of Aleve or Advil later and you are out there hucking plastic. That can get you through a few rounds. It works great until it doesn’t. That’s when the real injury happens.

There’s two types of injuries. The ones where we can tough it out and play through them are the first. The second are the serious ones we can’t play through and require medical attention. The problem lies in the fact that number one becomes number two more often than not. We insist on playing when our bodies are giving us every sign not to.

This is why I haven’t played much disc golf lately. When my back starts hurting, that’s my body telling me to take it easy for a bit. That’s my back’s way of saying to do extra yoga, twice a day, and to make sure I use my standing desk at work. If I do those things for a couple of weeks, I’m usually good to go. If I don’t, and I decide to go play instead, I’m asking to be out for much more than a couple of weeks.

We have three choices when aches and pains show up. What we choose determines how much playing time and enjoyment we actually miss. 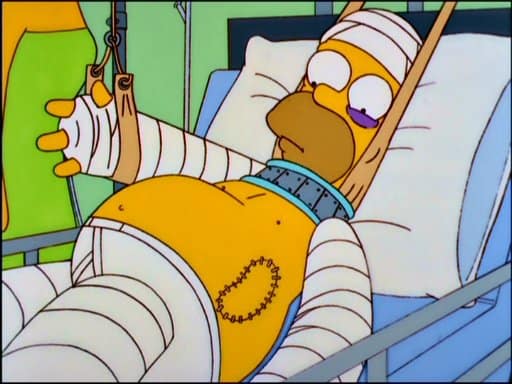 If you feel like this, you probably shouldn’t try to play.

1.  We can see a doctor and then rest and rehab for a week or two until the injury is healed or the pain subsides.

2.  We can take extra pain meds and play anyway until the injury is so bad that we have to stop playing for several weeks or even months.

3.  We can ride the thin line between not quite healed but still playing occasionally. This typically results in ongoing pain that just never goes away. The serious injury may take longer to come, but it eventually does. Then we are out for an indefinite amount of time as our bodies try to heal from the damage we have inflicted.

For those of you that have been injured or are injury prone like me, you are familiar with these choices. If you haven’t been injured before, or are suffering from your first real injury now, take heed. The choice never gets easier, but it’s always clear.

For the sake of your health and for the sake of being able to play as much as possible this summer, take a week or two off if you are hurt. See your doctor. Don’t try to play through it. Don’t mask the problem with medications of any kind. Your body hurts because it’s asking you nicely not to over do it. If you ignore it, it won’t be so nice. Trust me when I tell you you don’t want to feel what it’s like to have your body opt for the not so nice reminder.

Here’s something you can do even if you are injured… Subscribe to this blog by entering your email below. You’ll get a weekly newsletter sent directly to you along with links to all of the new posts from that week!