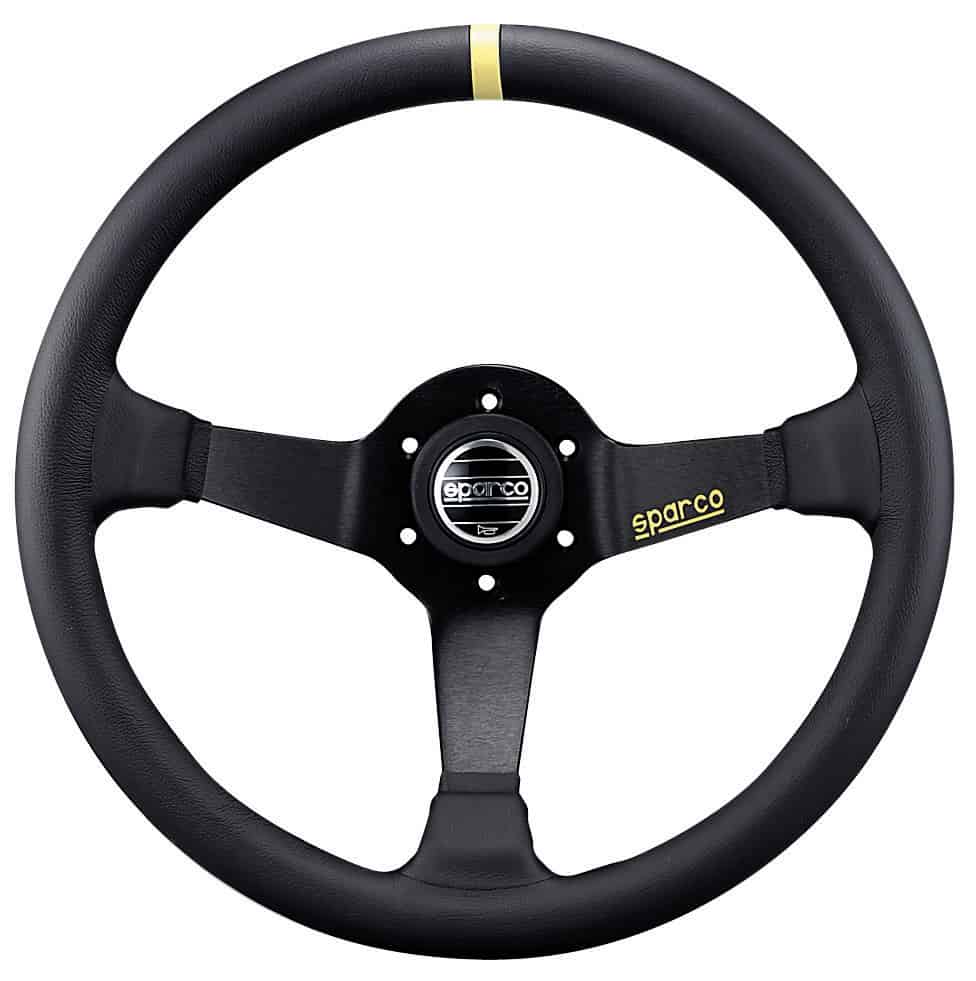 The only way you can throw a disc is straight.

The only way you can throw a disc is straight….  At a target you pick in the distance.

What happens after the disc leaves your hand is totally out of your control.  It’s going to change direction.  It’s not going to go straight.  It’s not supposed to.  The purely straight shot is one of the hardest shots in disc golf to master.  Most of the time, we are playing a curved flight.  Sometimes curved in multiple directions.

In our heads, we all know this.  In our bodies, though, we often don’t.  Let me illustrate with an example….

You step up on the tee pad.  This particular hole is around a corner, 275 feet, on your right.  You are a RHBH player.  You grab a disc that you know will turn right.  Either because it will turn over for you, or because you can throw it with an anhyzer angle and it will hold that angle around the corner to the target.

Don’t throw a steering wheel and don’t try to steer a disc. Neither works very well.

We think that by having some kind of crazy follow through or body position, we can help it get around the corner.  We try to steer the disc in any number of ways. The result?  We grip lock the disc into the woods on the right.  We throw it too high or too low.  We do everything except throw the disc at the target straight out in front of us.

Think about throwing that same disc in an open field. If you wanted it to turn right, you would simply throw it hard, flat, and straight ahead. Then, as it is supposed to, the disc would turn right. If you weren’t out in an open field and you were back in the woods again, it would navigate that corner with no problems.

It’s only when that corner gets in our heads and makes us think we need to somehow throw this shot differently that we run into problems. So, next time you are faced with a time when you need your disc to turn around a corner remember this lesson. Pick a spot to throw the disc at. Commit to throwing it at that spot. Don’t try to steer the disc.

It doesn’t have a steering wheel.

Something you should steer, though, is this blog into your email in box once a week. You never know when we’ll send you the tip that takes your game to the next level.