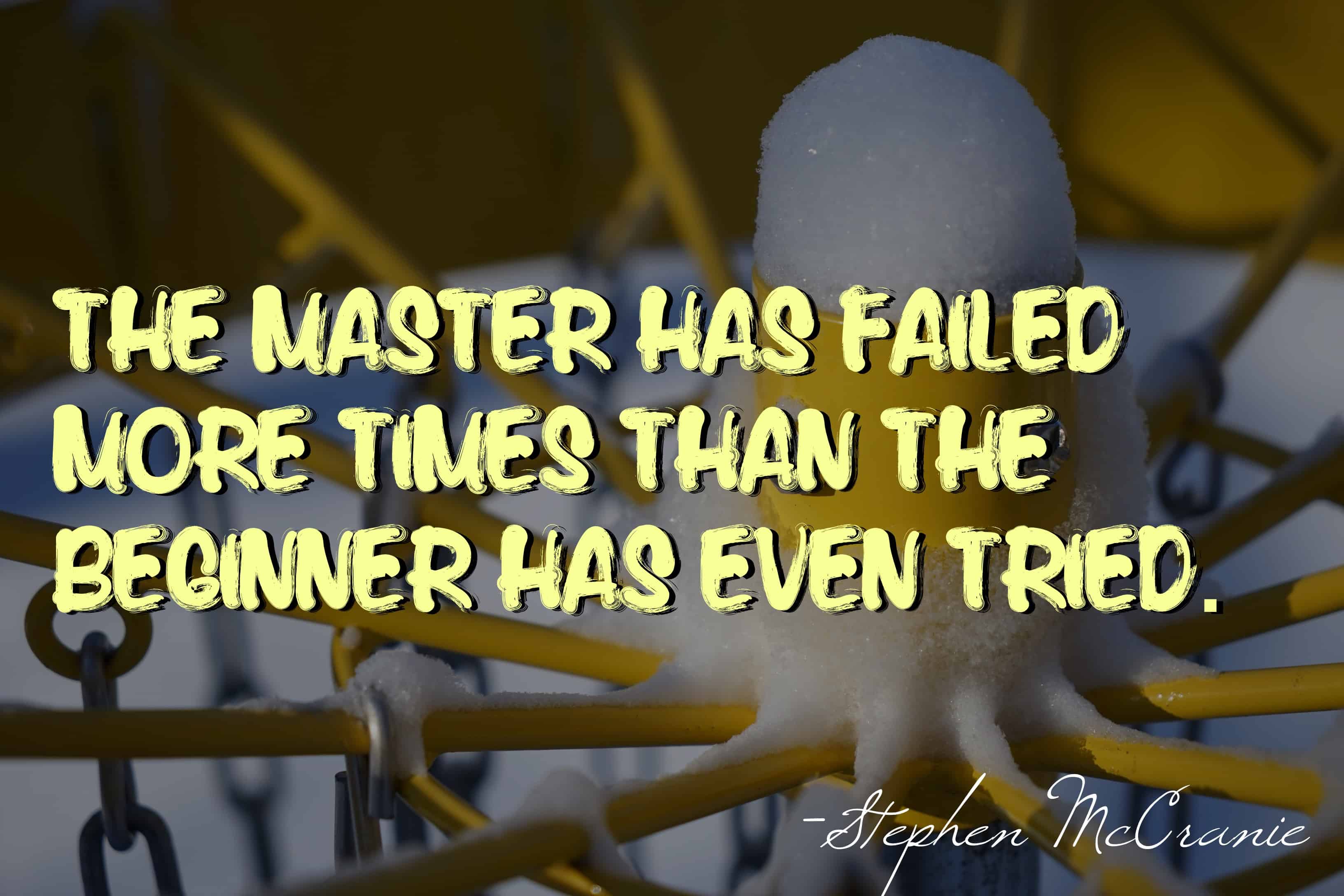 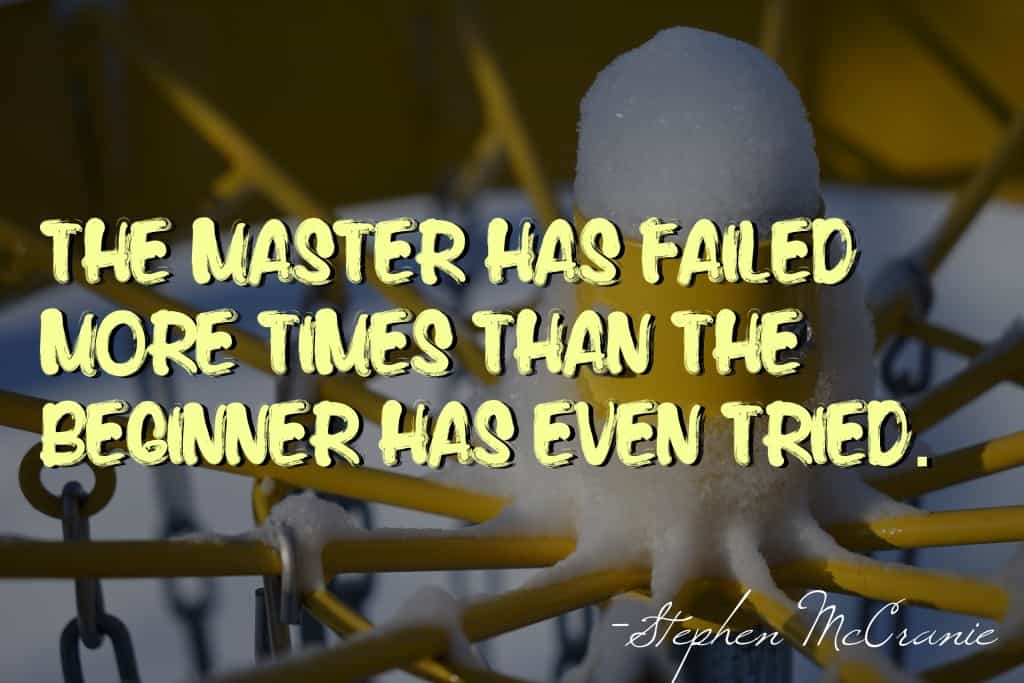 We have to remember that no one was born a master at anything.  Mastery of any skill in disc golf (or in life) only comes after countless hours of work and dedication.  Years and years of missing and tweaking and missing again and tweaking some more went into the performance you are watching now.

It’s unfair to expect mastery from yourself until you have also gone through the same process.  It is not possible to reach proficiency without failing first.  A lot.  So use the performance of the masters as a goal to shoot for, but don’t get disappointed if you don’t pair up with them at this time.  Most of us have a lot of failing to do before we ever get there.

This also serves as a lesson to not get upset when we do fail.  It’s bound to happen.  If you don’t fail at things, you aren’t actually doing anything worth while.  You aren’t pushing yourself hard enough.  Failure is just a stop on the road to greatness.  If you want to do what the masters do, you will have to fail like they did too.

[tweetthis]Failure is just one stop on the road to greatness.[/tweetthis]

One thing you can master, though, is your email in box.  Why not send it some disc golf goodness every week.  No failure needed!